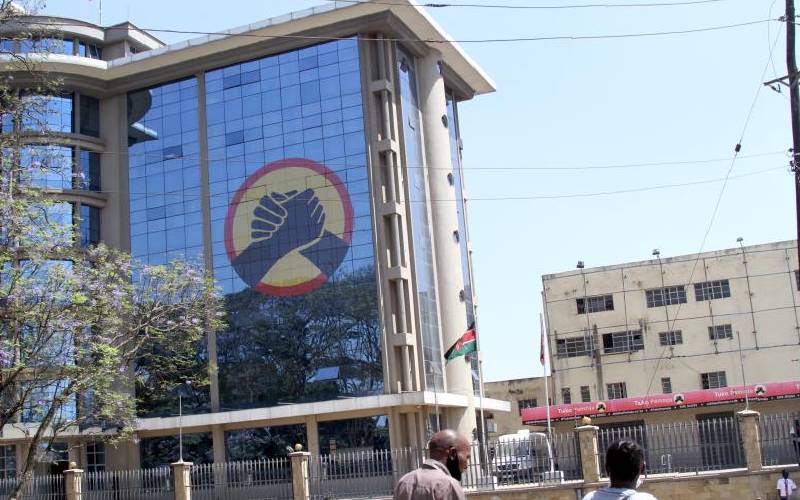 The senators who include Isaac Mwaura, Mary Seneta, Falhada Dekow Iman, Naomi Jillo Waqo, Victor Prengei, Millicent Omanga and Christine Gona were expelled by the National Management Committee (NMC) after deliberating on the reports submitted by the Party Disciplinary Committee.

“The NMC in exercising its mandate as provided for under Article 7(2a) of the party constitution and relying on other enabling provisions of the same constitution has expelled the senators,” read the statement seen by Standard Digital.

The NMC said expulsions take effect immediately, adding that it had communicated the same to the Senate and the Registrar of Political Parties.

The party organ, however, told the senators they were free to appeal the decision.

Murathe, a key ally of the president, also told Deputy President William Ruto to choose whether he wants to be in opposition or government.

He was categorical those who have consistently criticised the president, would serve as an example to the rest of the Tangatanga brigade.

Without giving specifics, Murathe said the disloyal JP MPs take Uhuru as a lame-duck president yet they do not know what is in store for them.

Magwanga went on, adding that Kidero is meant to represent the community outside Nyanza region.

The Brazilian committed two major distribution blunders in the space of four minutes to set City on the path to a resounding 4-1 victory at Anfield.