Murkomen: We have ditched Jubilee for wheelbarrow party 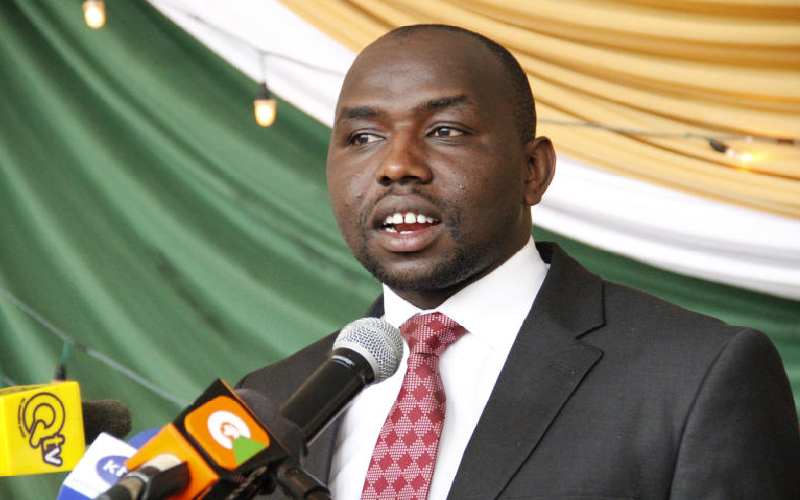 Speaking at the party’s Hustler Centre headquarters in Nairobi during the unveiling of candidates for the upcoming by-elections, Murkomen (pictured) said UDA formerly PDR was in a coalition with the ruling Jubilee Party and there was no crime joining it.

“There is no difference, we have left one room within Jubilee party and joined another which is clean and has been renovated,” he said.

Murkomen said they opted to join the party after being blocked from the ruling party by the Kieleweke faction.

“We have opted to join this party after being blocked from the ruling party,” he said.

On whether they should face disciplinary action for openly supporting another party, Murkomen said Kieleweka leaders had campaigned for ODM in by-elections before hence if there was punishment, it should be meted out on them first.

“UDA is part of Jubilee unlike ODM which they have openly campaigned for both in Kibra and Msambweni,” he said.

Murkomen urged other Jubilee members who are frustrated in the ruling party to join the new vehicle which he said was open for everyone.

The former Majority Leader in the Senate accused Jubilee of plotting to instal Anne Kananu as Nairobi Governor after sensing defeat in the imminent by-election.

“What we are seeing in Nairobi is constitutionally illegal. It is wrong to root for an old nominee when the Speaker is already acting as governor pending a by-election.”

He cautioned Jubilee against misusing the Judiciary following a court ruling which allowed the withdrawal of a case that had stopped Kananu's vetting as deputy governor.

“We cannot bend the rules because they fear competition, let us go to the election and let the winner take the seat,” he said.

He said UDA was ready to face off with Jubilee in the Nairobi county by-election slated for March 18.

The court had also declined to admit a fresh petition by Sonko objecting to his nominee.

The move could pave way for Kananu’s vetting by Nairobi County Assembly, and the subsequent assumption of the office following last month ouster of Sonko.

Constitutional lawyer Bobby Mkangi, however, said the law would only recognise Kananu if she was a substantive deputy governor prior to Sonko’s ouster.