Politicians were caned for  talking BBI politics during the burial of Nyamira Governor John Nyagarama  on Thursaday.

Kisii Senator Prof Sam Ongeri condemned some leaders who had begun politicking instead of condoling with the family and friends.

Ongeri, who remembered the late Nyagarama as a man of peace, told mourners that they should be thankful for all the help they had gotten especially from the National Government.

“I’m yet to see a funeral of this magnitude where the Head of State, ODM Party boss and the entire government machinery is involved. For me this is an indication of peace and goodwill,” he said.

He told the congregants that the handshake between President Uhuru Kenyatta and former premier Raila Odinga was a blessing to Kenyans, adding that they were ready to face the future with a clear mind.

The Senator (pictured) was discouraging earlier messages from a section of politicians. 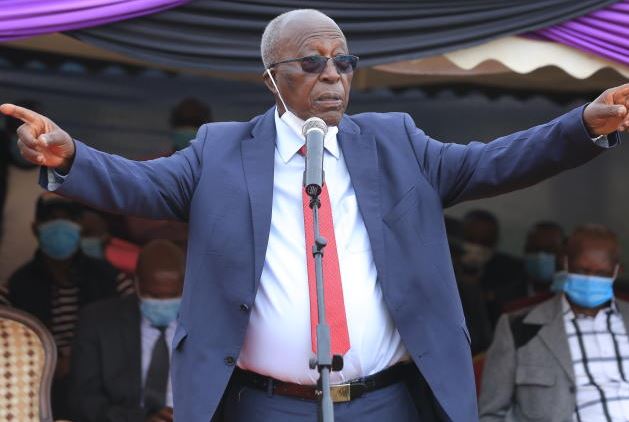 Those from neighboring counties who stood before him said their regions had been a tad too forgotten and now wanted to claim what was ‘rightfully theirs’.

South Mugirango Member of Parkiament Silvanus Osoro claimed that they too wanted a fair share of the power enjoyed by the top dogs, adding that as politicians, they would still politick despite it being a funeral.

“We also want to be felt like Gusii people. We also want a pair and a share…na bila hiyo, hatufanyi kitu,” he told the over 1,500 attendees.

“There is something awful about Kenyans. Kenyans like to gossip about people’s sickness. It is very bad manners,” Nyong’o said.

Other lawmakers remembered the governor as an instrumental leader who called for a united front before his death. 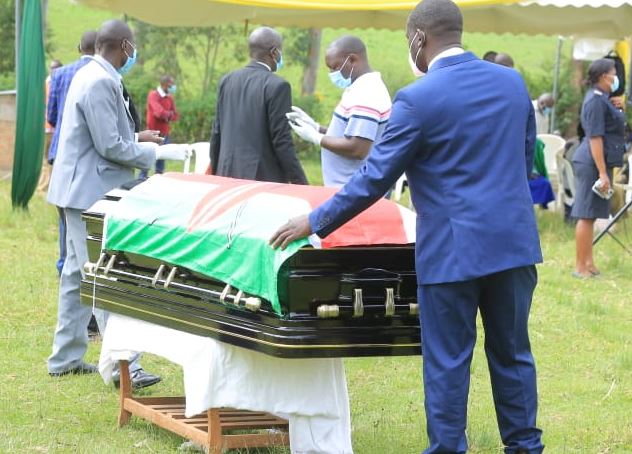 Nyagarama is being buried at his Tente home in Nyamira County.

The Governor died last week while admitted at a Nairobi Hospital.

By Roselyne Obala and Jacob Ngetich

By Moses Nyamori and Patrick Beja

By Moses Nyamori and Grace Ng’ang’a