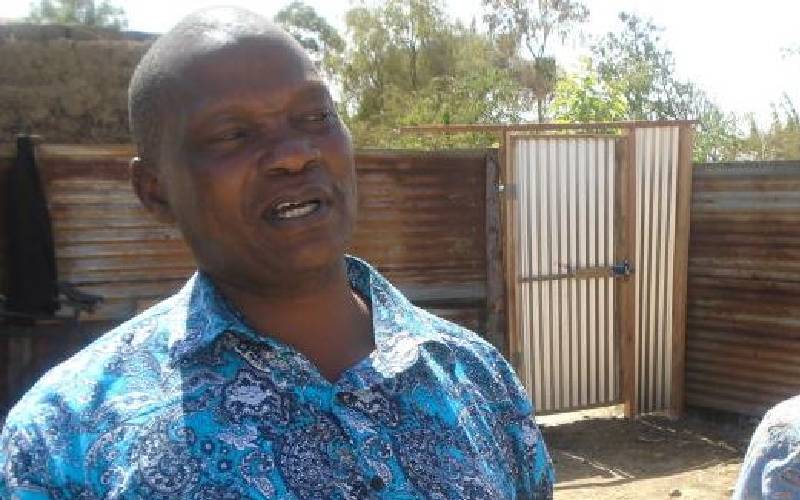 Muturi made the announcement in a gazette notice dated December 18, 2020.

The MP died on December 4 at the Nairobi Hospital where he had been undergoing treatment.

“It’s with profound shock and sorrow to learn of the passing on of Hon James Lusweti Mukwe, Kabuchai MP. He will be remembered as a hardworking and loyal member of Ford Kenya party who served his people with utmost honesty, commitment and accountability,” said Wetang’ula.

Amani National Congress leader Musalia Mudavadi mourned the lawmaker as an astute leader who stood for justice and equality. 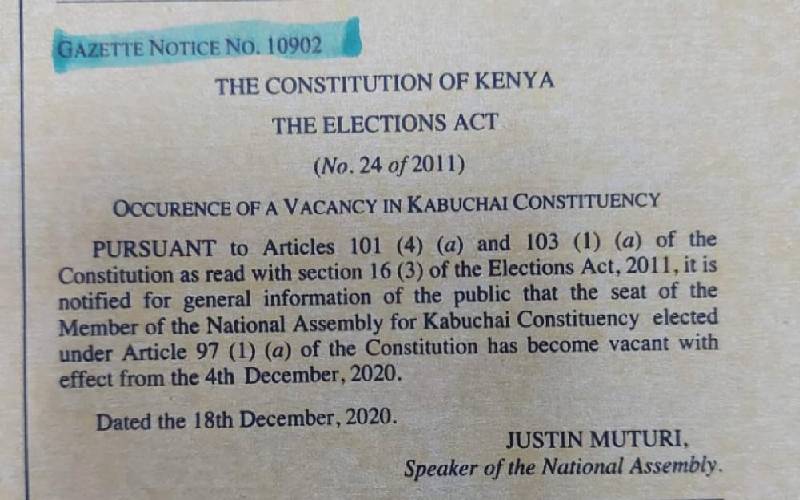 The lawmaker first fell sick in April this year and was admitted to Bungoma West Hospital for a week before being airlifted to Nairobi when his condition deteriorated.

Hillary Kisiangani, the MP’s elder son, said his father had been diagnosed with gout and athritis and died at the Nairobi Hospital.

Kisiangani described his father who died aged 59 as caring, loving and easily approachable man by everyone.

Before being elected an MP, he was a councillor for two terms as well as the chairman of the now-defunct County Council of Bungoma.

He was first elected to the National Assembly in 2013 on Ford-Kenya ticket after trouncing the late Philip Mukuyi who unsuccessfully challenged his election in court.

He successfully defended his seat in 2017. His closet rival, Nabangi Tale, who succumbed to Covid-19 mid this year, went up to the Supreme Court to challenged his victory.

Nabangi moved to court on grounds that the election was marred by irregularities. On July 26, 2018, the Court of Appeal in Kisumu nullified Lusweti’s election but the Supreme Court overturned the ruling in January last year.