Battle of titans as key politicians plot comeback in Nyanza 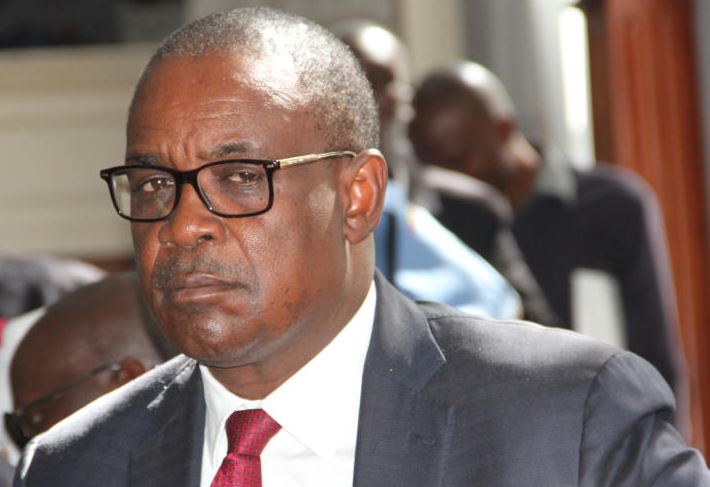 Political clouds are gathering in Nyanza region as politicians who were swept aside by political tides in the 2013 and 2017 elections begin to build campaign war chests with an eye on the 2022 elections.

They include former Raila Odinga’s allies who have been struggling to find a footing after they lost in elections.

With less than two years to the next General Election, the politicians have started throwing their hats into the ring in what is set to shape the region’s political landscape.

Some are using the Building Bridges Initiative (BBI) drive as well as humanitarian needs of families affected by the Covid-19 pandemic and other natural calamities to be visible again politically.

Mr Midiwo last week told Sunday Standard that he had been under pressure from his supporters to return to elective politics, although he was yet to decide.

Midiwo served as the Minority Leader in the 11th Parliament and held Gem MP post for three consecutive terms from 2002.

He downplayed claims that his appointment to lead a BBI drive was aimed at helping him revive his political career.

Mr Omondi told Sunday Standard that he had been holding strategy meetings and attending various events to market his parliamentary bid.

“I have been on the ground and there is no turning back. Every weekend, I have been meeting the residents of Suba South and I am in the race,” said Omondi.

In Kisumu, former governor Ranguma is already marshalling his troops to reclaim the seat he lost to Anyang Nyong’o. He is working alongside leaders who fell out with Prof Nyong’o in 2018 after the elections.

Former Kisumu County Assembly Speaker Onyango Oloo is also planning to return to politics and has started mobilising support to back his bid.

It is, however, still unclear whether he will contest the Kisumu Central parliamentary seat. Mr Oloo lost in ODM nominations to current MP Fred Ouda. He then shifted to the county assembly.

A bruising battle is also building up in Homa Bay where Dr Kidero is building a campaign war chest as he seeks to succeed governor Cyprian Awiti.

The entry of Kidero in the race will provide a fresh dynamic in Homa Bay’s succession race in which senior ODM stalwarts have expressed interest.

Kidero confirmed to Sunday Standard that he was in the race to succeed Mr Awiti.

Kidero said he had been approached by locals as one of their “sons” to vie for the seat.

“It is something I am considering very seriously,” Kidero said.

Kidero will likely face off with Oyugi Magwanga who unsuccessfully vied for the Homa Bay gubernatorial seat in 2017.

Their entry will complicate issues for ODM given that several other party diehards, including party chairman John Mbadi and Woman Rep Gladys Wanga, are also salivating for the seat.

Yesterday, Ms Wanga told Sunday Standard that she was unfazed by the entry of Kidero in the race and maintained she was the best bet for the seat.

About two months ago, Wanga, who is also a senior ODM official in Homa Bay, suspended some members from the party, including Mr Magwanga.

In Kisii, a number of former MPs are scheming to make a return to politics. Former South Mugirango MP Omingo Magara has already declared his interest to succeed governor James Ongwae.

Mr Magara, who spoke to Sunday Standard at his rural home, said he was preparing to vie  for the Kisii gubernatorial seat to succeed Mr Ongwae, who is serving his second and last term.

“I have the necessary experience to be the next Kisii governor, having served as the South Mugirango MP for nine years, chairman Parliamentary Accounts Committee, assistant minister for Trade and ODM National Treasurer,” said Magara.

An ODM stalwart, Mr Bosire is credited with managing one of the best development programmes in the country, particularly in the awarding of bursaries to the needy students and opening of roads in the constituency, during his one term in Parliament.

Bosire joined Kitutu Masaba parliamentary race in 2002 on James Orengo’s Social Democratic Party ticket but failed. In 2007, he ran on an ODM ticket and emerged third.

He successfully petitioned former MP Walter Nyambati’s election in 2011 but lost in the by-election before beating him in the 2013 polls.

Transport Chief Administrative Secretary Chris Obure, 76, said he could run for the Kisii County gubernatorial seat, serve one term, and then retire in 2027.

The former Kisii senator and former Bobasi MP previously served as a Cabinet minister in the governments of President Daniel arap Moi and also in the coalition government of retired President Mwai Kibaki and former Prime Minister Raila Odinga.

Former Kisii Woman Rep Mary Otara is also eyeing the Kisii gubernatorial seat in 2022. Ms Otara was elected on an ODM ticket in 2013. She is currently drumming up support for Deputy President William Ruto’s presidential bid. In 2017, she lost the seat to ODM’s Janet Ongera.

In Migori, former MP John Pesa said he would vie for the county’s gubernatorial seat.

Former Rongo MP Dalmas Otieno said he would declare his stand in February 2021 on the push by his supporters to run for the Migori governor’s seat.

Former Nyatike MP Erick Anyanga, who is an aspiring governor for Migori County, said Migori had a lot of resources that when exploited well could uplift the residents economically.

“Migori people need a leader who can unite them by treating them equally,” Anyanga said, adding that the region had not experienced peace since devolution.

He said the residents had not enjoyed the development funds disbursed to the county.

While this bracket of people does not necessarily spend their time doing house chores, some of them engage in the production of valuable items

Karen Nyamu: I have no apologies to make over my ‘chuma' remarks

Olekina: Mudavadi’s announcement will have no impact on 2022 polls
;
Feedback