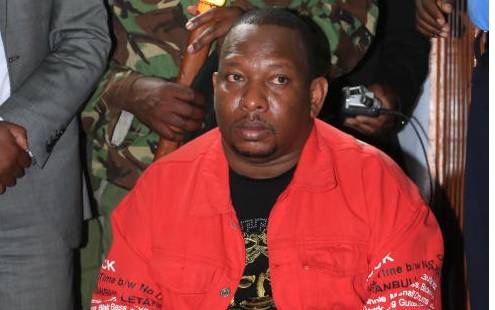 This was after ODM MCAs tabled a notice of motion for Sonko's ouster yesterday, starting the process that could see the city boss hounded out of office.

The Ward reps listed four key grounds for the removal of the governor: a gross violation of the law; committing a crime under the national and international laws; and lacking the capability to run the county.

They also faulted Sonko for crippling operations of the Nairobi Metropolitan Services and the County executive by failure to assent to a Sh37.4 billion budget and the subsequent refusal to release funds for county operations.

Minority leader Michael Ogada tabled the motion that was approved by 86 MCAs out of a total 122 members. This surpassed the required one third (42 members) threshold by law.

“The governor has refused, neglected or failed to exercise the powers and responsibilities upon his office in promoting trust and maintaining the highest level of standards according to the law,” said Ogada.

Ogada also listed the irregular awarding of a Sh1.5 billion tender for construction of stadia, among them Dandora Stadium, as a ground for Sonko’s impeachment.

This is, however, not the first time that the governor is facing impeachment threats. Last  December, a similar ouster motion was tabled by MCA Peter Imwatok.

Earlier this year, President Uhuru Kenyatta intervened and prevailed on MCAs to shelve the ouster plans to allow the deed of transfer agreement to be implemented.

Speaker Benson Mutura, while giving his communication to the House, said the earlier impeachment motion had been rendered null because it was not debated within the stipulated legal timeframe.