By Allan Mungai and Moses Nyamori | 2yrs ago

Political temperature is rising across the country in anticipation of the release of the Building Bridges Initiative (BBI) report.

And yesterday, being the eve of President Uhuru Kenyatta second last Mashujaa Day as a President, the expectancy reached fever pitch.

The eagerness began over the weekend, as groups revisited the document while those opposed to it underlined their opposition; all pointing to an emerging titanic clash between the rival sides.

Whenever it comes, and insiders say it cannot wait any longer, the return of reggae will end in tears for some as it moves to define the succession politics in ways not appreciated by the two sides.

Opposition leader Raila Odinga and Deputy President William Ruto have placed all the bets on opposite hands. For Raila, BBI is the surest bet to return to the centre of the game after losing out of the presidential race four times, including the 2017 elections whose results he contested.

For Ruto, it is a grand chance to bolt from the government side, and do a repeat of 2010 referendum, where he made a name out of opposing the 2010 Constitution. Between them, one will suffer a political heartbreak.

It will be about proving who the man to watch is and who will be left licking wounds. They both want BBI and referendum because it will preempt the election and show who calls the shots.

“If it fails, for Ruto it will have sent serious signals to those who are challenging him that they are out of their depth. But if it sails through, it would have completed a political resurgence for Raila,” analyst Herman Manyora says.

If the BBI team scrapes through, Raila’s side will still have time to validate themselves to the voters against Ruto’s charge that he jolted a whole system. The margins for BBI win would therefore have to be good and resounding.

Yesterday, it emerged that the BBI task force leadership had been invited to the Kisii event. Major (Rtd) John Seii – who is a member of the task force – confirmed being invited to attend the national celebrations while BBI task-force joint Secretary Paul Mwangi remained non-committal.

“I don’t want to comment on whether I have been invited or not. The report would just come out the same way the first one was released,” said Mwangi.

Seii said he was not aware of any plans to unveil the report today, but indicated that the President could use the occasion to announce a date for the launch of the second report.

“Yes, I will attend the meeting. I have been invited to the fete as an elder,” said Seii.

“I think tomorrow they (Uhuru and Raila) will tell the nation when they plan to make the report public. It is ready,” he added.

Last week, President Kenyatta appointed Ambassador Martin Kimani, Mwangi’s co-secretary, to a diplomatic posting outside the country. The move was interpreted to mean the teams work was done and dusted.

On Sunday, some 10 MPs were in Mathare Constituency to campaign for the BBI. Yesterday, the “Embrace” wing of BBI proponents held a press conference defending their earlier proposals.

Although the initiative came out of his (Uhuru) handshake with Raila after a hotly-contested and disputed 2017 General Election, President Kenyatta has opted for a hands-off approach, largely avoiding being drawn into the BBI conversation.

Instead, his Handshake partner Raila has become the face of the BBI and the man driving the conversation.

Raila has been reaching for Kenya’s reins of power for the past two decades and is now in pole position as the driver of the BBI, an initiative that is expected to include recommendations to restructure government.

Just recently, the former Prime Minister hinted that the document was about to be made public.

Yesterday, an ODM MP who was part of parliamentary leadership that was hosted at State House recently, said they had received a brief to the effect that the launch would be on Thursday.

“The information we have is that the report will be made public on Thursday,” said the lawmaker.

He added that the way the matter has been handled makes it appear that the two leaders want to make it a surprise.

Raila had two weeks ago told a church function in Nairobi that the report was ready for unveiling in “a few days”.?

But that statement has been a chorus since the task force led by Senator Yusuf Haji, which was collecting views, concluded its town hall meetings in August last year and the report handed to President Kenyatta and Raila in November.

Now, a hint of impatience is creeping in, even among allies of the ODM leader over the delayed release of the report.

The momentum the BBI drive had gained from the rallies held earlier in the year has been slowed by coronavirus.

That is the same line of argument that those who back the initiative are taking – calling out those opposed to the document for demonising a document they have not seen.

Mathare MP Anthony Oluoch told his constituents on Sunday that DP Ruto and his allies were against BBI because they are not aware of the nine-point agenda, which includes shared prosperity.

Ruto’s allies are advancing the narrative that the initiative’s intention is to create positions for a few people under the guise of ending ethnic antagonism.

For Raila, the BBI is an opportunity for reinvention.

By closing ranks with President Kenyatta, Raila ceased being the aggrieved election loser and firmly positioned himself next to the centre of power.

Now, he is rebranding himself, especially to Mt Kenya and President Kenyatta’s where he was sold as bad and untrustworthy. Leaders who were averse to Raila are now aligning themselves to him.

But the BBI politics has been upended by the coronavirus, which has had an effect on the economy and the public psyche.

According to Ruto, his path to the succeeding President Uhuru Kenyatta was set until he was beset by the BBI.

As a referendum increasingly becomes inevitable, Ruto’s allies are bracing themselves to mount a campaign against it. 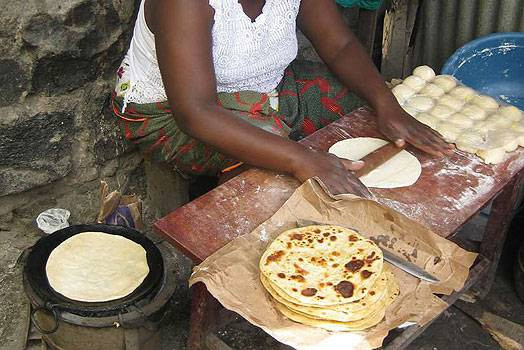 By XN Iraki 26 mins ago
Premium When government fails on jobs, trust Kenyans to fill the void

By Timothy Kariuki and Amos Kiarie 31 mins ago
Premium Njoki Muchemi: Family of Kenyan woman killed by husband in the US speaks out
.