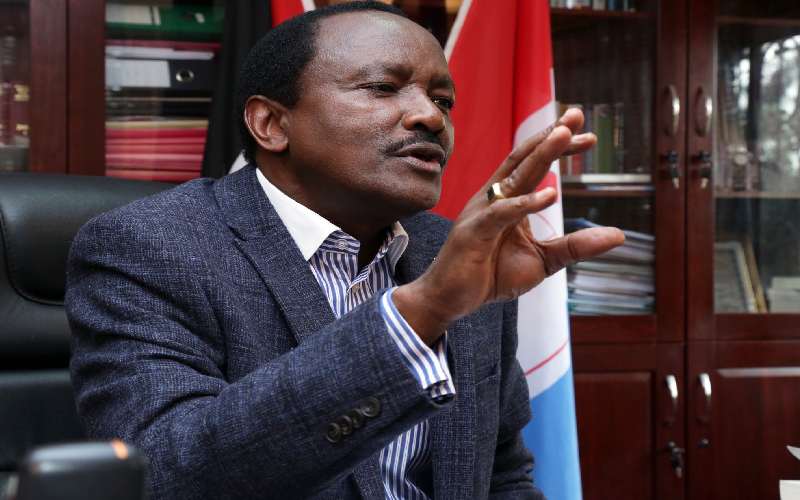 The Wiper Democratic Movement has rolled out plans to challenge ODM’s dominance in the Coast region.

Wiper Secretary for Religious Affairs Sheikh Twaha Omar said the party will field a candidate in the forthcoming Msambweni by-election slated for December 15.

He said three aspirants had shown interest in the seat left vacant following the death of MP Suleiman Dori in March.

Businessman Shee Mahmoud last week met Wiper leader Kalonzo Musyoka (pictured) in Nairobi in what appeared to be a lobbying mission for the party ticket.

He was accompanied by former Cabinet minister and Matuga MP Chirau Ali Mwakwere who hails from Kwale County.

“We will field a Wiper candidate in the Msambweni by-election. We are prepared to challenge ODM,” Mr Omar said.

Kisauni MP Ali Mbogo said they would ensure the party does not lag in the battle to succeed President Uhuru Kenyatta.

He said despite being affiliated to the Nasa coalition in the last General Election, the Wiper Party secured two elective positions in the Mombasa County Assembly against ODM.

“The first Wiper county branch meeting which will be attended by National Executive Council members will be held at a Mombasa hotel,” he said. Mr Mbogo reiterated the party would go it alone and would ensure they field candidates in the next polls.

He said Wiper would open party offices in all the 47 counties ahead of the 2022 General Election.

Coast Unity: Kaya elders speak out on issue, they want communities in the Coast region to unite

By Allan Mungai and Brian Otieno | 15 hours ago

By Brian Otieno | 20 hours ago

By Jennifer Anyango | 20 hours ago