You are out of order, Ruto tells off MPs over insults against Uhuru 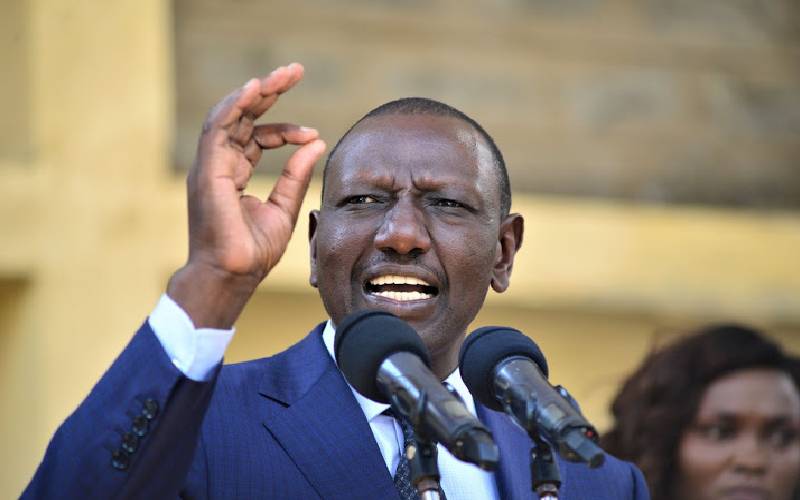 Deputy President William Ruto has told off politicians allied to him attacking President Uhuru Kenyatta over what they described as the DP’s mistreatment.

Ruto on Monday night in a tweet directed at Kipseret MP Oscar Sudi and his Emurua Dikirr counterpart Johanna Ng’eno, Ruto urged leaders to exercise restraint and avoid insults against other Kenyans

“Leaders should exercise restraint and avoid insults and bad language against other Kenyans,” he said.

The DP was indirectly responding to Sudi’s earlier statement where the MP had accused President Uhuru of mistreating the DP and his allies.

Ruto said it was wrong for politicians to use unsavoury words against mothers and the Head of State even if they didn’t agree with some of his actions.

“Unsavoury words against mothers and Head of State is a NO, NO. No amount of anger justifies the use of offensive insulting language. There exist decent ways to communicate however one feels,” he added.

Sudi on his Facebook page hit out at President Uhuru for mistreating his deputy and those close to his number two.

Sudi also linked President Uhuru to the arrest of Emurua Dikirr MP Johana Ngeno of his remarks against him.

“We understand police have been sent to arrest Ng’eno for saying Kenya doesn’t belong to the President, we want to condemn the imminent arrest and tell him to leave the MP alone,” he said.

Sudi warned that DP Ruto's allies are unhappy with the way they are being treated by the government.

He dared the President to arrest all politicians allied to Ruto.

The MP said Kenya belonged to all accusing President Uhuru of mistreating his deputy and his allies despite helping him to win in the presidency.

Ng’eno on his part had cautioned President Uhuru against endorsing any presidential candidate in 2022.

The MP was later arrested over incitement sparking chaos and protest in Emurua Dikirr.

The rib-cracking moments of the BBI report launch

The Conversation 16 hours ago