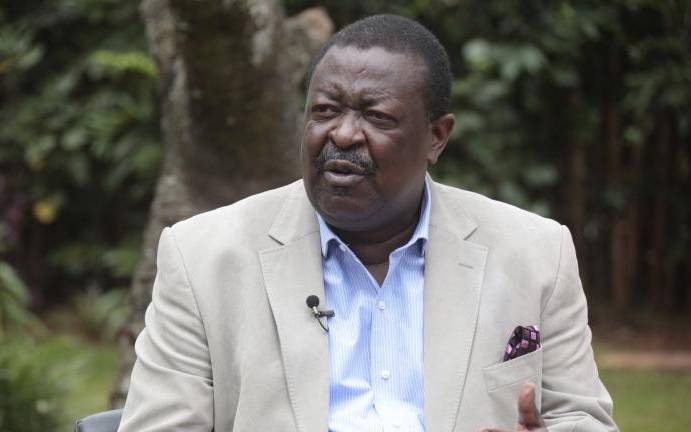 Addressing the media in Nairobi on Sunday, Mudavadi (pictured above) appealed to the President to invoke his constitutional powers by forming a commission of inquiry to probe the matter, arguing that such was the easiest path to solve the issue.

“President Uhuru through the Commission of Inquiry Act should constitute a commission to investigate those who have been involved in the scandal at the Health Ministry. The commission should give a recommendation without any fear,” he said.

“Through the commission of inquiry, we will know why there is always a problem in the health sector.”

When asked whether it would be prudent to entrust the investigative agencies and the Office of the Auditor-General with probing the scandal; Mudavadi said the agencies would take longer to give their findings for prosecution.

For instance, the ANC boss said the offices of Director of Public Prosecutions and Director of Criminal Investigations had a lot in their plate, hence, assigning them to probe the Kemsa scam would take years.

He also argued that roping in the Auditor General’s office would take time since the agency had a backlog of assignments owing to the delayed appointment of replacement of former boss Edward Ouko’s replacement.

He further said a commission would involve public participation and can prove satisfactory to the donors who have threatened to pull out following mounting allegations of graft.

He challenged the Head of State to move with speed over the issue saying that it would help him fast track achievement of his Big Four agenda, where health is one of the pillars.

Mudavadi’s statement comes hours after ODM through its Secretary-General Edwin Sifuna released a statement dismissing claims of corruption the procurement of Covid-19 equipment.

“We wonder how this can be so before a credible audit by the Auditor General is carried out to ascertain the veracity of these claims. The precedent has been set before, where the media goes on a sensationalist extravaganza, with half-baked information obtained from shadowy sources, ending up creating more problems than solutions,” said Sifuna.

Sifuna also lashed out at Deputy President William Ruto over his remarks on Thursday that he (Ruto) was happy not to be blamed over the corruption allegations at Kemsa.

“It is disheartening to hear no less a senior government official than the Deputy President go public with the juvenile and improper statement that "at least now nobody will blame me for stealing Covid-19 funds",” he added.

DP Ruto was referring to media reports that revealed that he was sidelined in the running of affairs in jubilee government.

Already, the Ethics and Anti-Corruption Commission has commenced investigations into the procurement of Personal Protective Equipment (PPEs) at Kemsa.

Kemsa board has since suspended the chief officer Jonah Munjari alongside Procurement Director Charles Juma and his Commercial counterpart Eliud Muriithi in regards to among others, controversial Sh7.7 billion tender for PPE.

Kenya also faces a looming challenge of winning the confidence of United States Agency for International Development (USAID) and the Global Fund, who have threatened to withdraw Sh400 billion meant for funding the fight against HIV/AIDS, Tuberculosis and malaria due to allegations of corruptions.

Let people speak their mind, albeit with decorum

By Josphat Thiong’o | 16 hours ago

By Moses Nyamori | 21 hours ago