Raila Odinga: The BBI ‘reggae’ did not stop 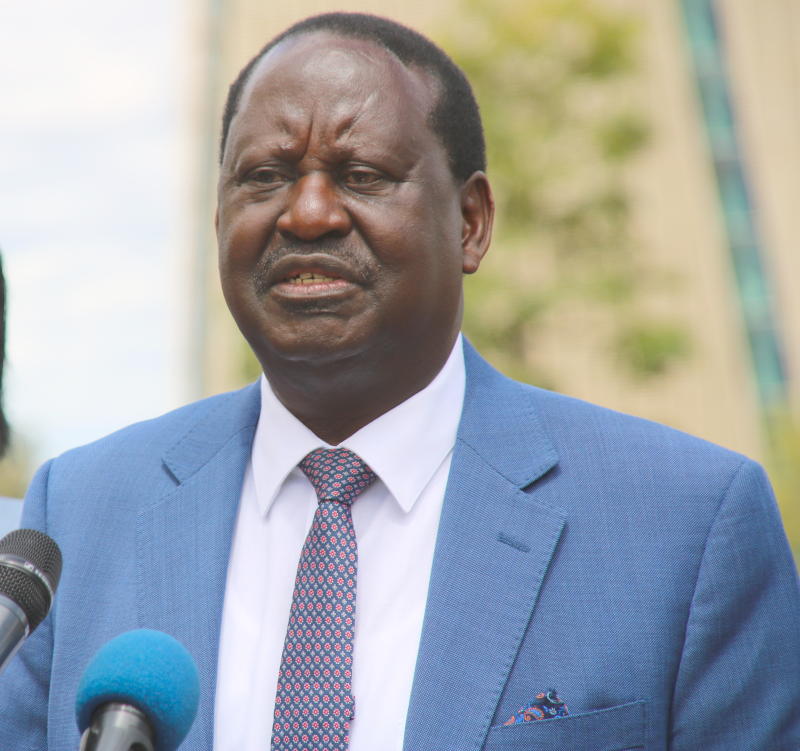 The Orange Democratic Movement (ODM) leader Raila Odinga (pictured) has told off critics that the Building Bridges Initiative (BBI) project is still in the pipeline and that the report will be made public soon.

“Reggae did not stop, Reggae went on half time, the players have been getting massage and instructions from the coaches and we have been doing overhaul. Reggae is going to be back, and nobody can stop Reggae,” he said amid cheers from a section of ODM members.

Speaking on Thursday at Chungwa House in Nairobi, the former prime minister said BBI will improve governance structures in Kenya while dismissing reports that a referendum will be costly for a country that is already struggling with its economy that has been made worse with the pandemic.

“There is money to do it, and we're going to teach Wafula Chebukati (IEBC Chairman) how to do it. If there is a need for a country to do a referendum the country does it.”

Raila also pointed out that the oversight role was not solely for the ODM party. He said it was the role of parliament to oversee the government and not just the minority party.

There have been speculations of a dead BBI after the rallies were postponed due to the Covid-19 pandemic. All rallies and public engagements pertaining to the BBI were postponed indefinitely.

But Raila said with Covid-19, they had to shelve the meetings, that’s why only the central committee was meeting. That way, they can observe social distancing.

A section of leaders had also questioned the motive behind delays in the release of the report.

Jubilee Party deputy-secretary Caleb Kositany last month accused President Uhuru Kenyatta and the ODM leader of taking Kenyans for a ride by keeping silent on when the report will be released.

Garissa Senator Yusuf Haji-led taskforce announced on June 30 that it had completed its report, and that it would hand the much-awaited document to the duo when the two are ready.

But reports emerged that the handover of the report to the duo had been delayed by Raila’s illness, which saw him travel to Dubai for a minor back surgery.

Some leaders have also opposed plans to amend the Constitution through the BBI, arguing that this route is unlikely to address the concerns of a majority of Kenyans.

What do you have in store for Mt Kenya , Kiujuri asks Ruto and Odinga