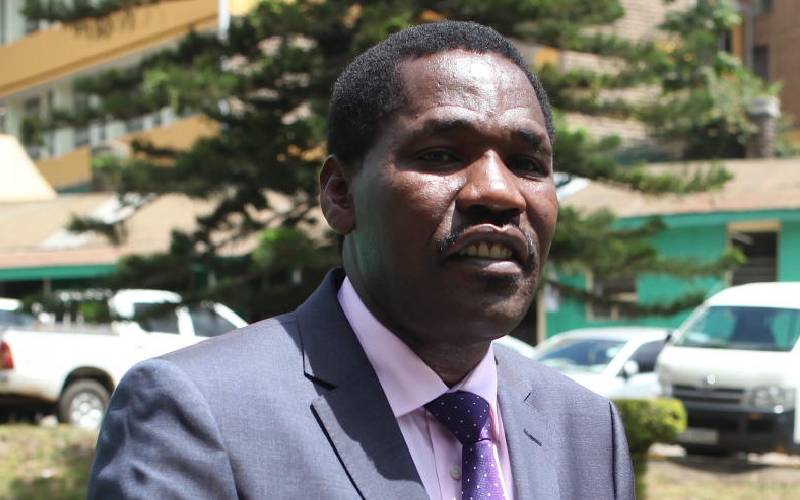 Mr Munya, who has never shied away from defending President Kenyatta’s legacy agenda and speaking his mind, joined the latter’s administration after he lost to incumbent Meru Governor Kiriatu Murungi in the 2017 gubernatorial polls.

The Standard has established that at a function at Munya’s home, Jubilee Party vice chairperson David Murathe reportedly let the cat out of the bag, saying Munya was best placed to be the region’s kingpin.

A source who was in attendance told The Standard Murathe said they will install Munya as a kingpin of the region, citing his consistency in supporting Uhuru’s government.

Leaders in Central jostle to succeed Uhuru as kingpin

“Munya is now ready to be installed as the Mt Kenya kingpin,” said the source in reference to Murathe’s remarks at the event.

Munya is still the party leader of retired President Mwai Kibaki’s Party of National Unity (PNU), which he declined to dissolve alongside 13 others that wound up to form Jubilee Party in the run-up to the 2017 General Election.

ODM leader Raila Odinga was also at Munya’s home on Saturday during the initiation ceremony of the CS’s first son Karauni Munya. Raila also weighed in on the fate of the Building Bridges Initiative (BBI), whose report release and implementation has been hampered by the Covid-19 pandemic in the country.

Early last month, a meeting hosted by National Assembly Speaker Justin Muturi at a Nairobi hotel, dubbed a “political lunch”, brought together leaders from the region as jostling for the kingpin’s post hots up.

The meeting was reported by insiders as one of the many lined up to lay the ground for the region’s political road map.

Raila also talked about the setback to the BBI process, which was suspended, occasioning the halting of reggae.

He joked how the BBI push was abruptly halted because of Covid-19, but assured those in attendance that the referendum push was on course.

“Hii shetani ya corona ikaingia na tukasimamisha reggae. Reggae has gone for half time. The players are resting and getting advice from the coaches before going back to the pitch (ground),” Raila said, in reference to the hyped BBI report yet to be released by the steering committee chaired by Garissa Senator Yusuf Haji.

When contacted, Munya said the event was public and he had invited friends, including his Cabinet colleagues and others.

“I invited my friends to the ceremony. This was a public event done in broad daylight. Not everyone could come because of the Covid-19 Ministry of Health protocols and we had to observe social distancing. Politicians were in attendance,” Munya told The Standard.

“Where politicians are they speak politics. You can’t control it.”

The meeting between the politicians was seen as well-choreographed to send a message. Munya is seen as the main point man for Uhuru in Meru region and is widely accepted on the ground.

“Most of those currently in the political field have baggage and are difficult to work with. Munya is emerging as a sober politician who can perform well,” said an official aware of the plans.

Among the political issues discussed in the ceremony were the revenue sharing formula and the BBI.

Officials present said Raila discussed the issues freely and asked those present to be free to discuss the same.

“We cannot forget that at the end of the day, we are serving people. We want people to live decent lives and I am sure with the leadership of Uhuru Kenyatta and Raila Odinga, Kenya will earn respect,” said Orengo.