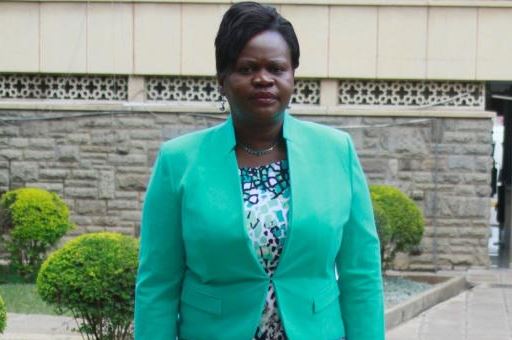 For the first time in the history of Kenya’s parliament, a woman has been appointed to chair the powerful Finance and National Planning Committee.

Home Bay Woman Representative Gladys Wanga (pictured) will chair the committee after a raft of changes triggered by President Uhuru Kenyatta’s quest to ensure a parliament that will deliver on his legacy agenda.

Yesterday, Wanga took to social media to declare that the appointment was a big win for women, saying she was humbled by her election and thanked President Kenyatta and her ODM party leader Raila Odinga.

“Deeply humbled on my election as the chair of the Finance and Planning Committee this morning. Will endeavour to serve the nation diligently in this new responsibility. I thank HE Uhuru Kenyatta for his magnanimity and my party leader Raila Odinga,“ she wrote on her Tweeter account.

Elected alongside Wanga was her counterpart in Wajir Fatuma Gedi, who was picked as vice chair in the Internal Security and Coordination of National Government Committee.

Wanga will take over the post from Kipkelion East MP Joseph Limo and will be deputised by Roysambu MP Isaac Ndirangu.

Prior to her appointment, the Homa Bay legislator previously served as a member in the Departmental Committee on Labour and Social Welfare.

Gedi replaced Sirisia MP John Waluke as the vice-chairperson of the Administration and National Security Committee.

Wanga, a staunch supporter of Raila, grew up in a political family.

Her father, the late John Nyasuna, was a councillor and chairperson of the defunct Kisumu County Council.

Wanga developed interest in politics at an early age. In 2003 when at Kenyatta University, she became the first female to be elected as the secretary general of the students’ union.

After university she remained active in politics and engaged in ODM party politics while still working with LVCT Health.

She has been doing a lot of work in empowering women and youth, playing a major role in education of girls.

Over the past few years, women in Kenya have become more aggressive in a bid to hold leadership positions, particularly in parliament.

The late Joyce Laboso was the first woman to hold the position of Deputy Speaker at the National Assembly.

The current parliament has a total of 349 seats, 290 elected from the constituencies, 47 women elected from the counties and 12 nominated representatives. Women now hold 172 of the 1,883 elected seats in Kenya, up from 145 after the 2013 elections.

Women account for just 23 per cent of the National Assembly and Senate — a figure that includes seats reserved exclusively for women representatives.

Among the East African countries, Kenya prides itself as the strongest economy, but is one of the poorest performers in relation to the gender parity index. Other countries, especially Rwanda, have already achieved the global threshold of at least 18.8 per cent women representation in parliament.

Wanga has been a staunch supporter of Raila, something that has earned her both friends and foes.

An incident at the Jomo Kenyatta International Airport in 2017 thrust her to the public limelight. At the airport as she waited for Raila who was returning to the country after a short stint in the US, Wanga dared the police to shoot her when she and other supporters were denied access to the facility.

This was during the early days of NASA’s resistance movement.

“I think there comes a point when you’re ready to die for what you believe in,” she says of the incidence.

On her new position in parliament, Wanga says she wants to make a difference in the few years left before elections.

“This is a powerful position that will enable me to influence changes that will impact on women across the country,”she says.

Gladys Wanga speaks on the proposal to increase funds to counties

MPs' latest 'chef' has his job cut out

Several MPs had called requesting to be placed in lucrative committees, as Junet divulged, but he paid little attention to their pleas.