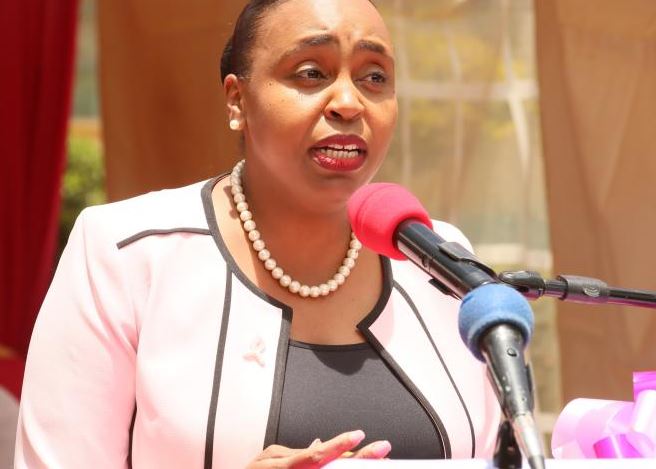 The position of deputy governor is turning out to be one of the most controversial political office ever created under the 2010 Constitution.

Since inception of devolution in 2013, deputy governors across the 47 counties have been under the mercy of their bosses, the governors.

Holders of the office during the inaugural county governments and the current administrations have described their working conditions like “navigating through a minefield”.

“Whereas our bosses have their jobs clearly cut out for them, our positions have no clear job description. The Constitution is ambiguous on the role of deputy governor, making us appear like flower girls at a county wedding,” says Nyeri Deputy Governor Caroline Karugu (pictured).

17 governors to divorce deputies ahead of 2022 polls

Ms Karugu, recently elected to chair the Deputy Governors Forum, says though they share the title ‘Excellencies’ with their bosses, they are frustrated to act as flower girls and boys.

The challenges facing the deputy county chiefs were evident during the inaugural county governments in 2013, with some frustrated to the point of quitting their jobs.

The resignation of Polycarp Igathe as the Nairobi Deputy Governor due to what he termed as Governor Mike Sonko’s lack of trust in him, highlighted the challenges these deputy county chiefs face as they try to help their bosses deliver on the mandate given to them by voters.

Philip Chebunet, a political analyst and a lecturer at the University of Eldoret, says it is difficult for the deputy governors to operate under the current legal provisions in the constitution.

According to Chapter 11, Section 179 (clauses 3 and 4) of the Constitution, the governor and their deputies are the respective chief executive and deputy chief executive officers of a devolved unit.

Interestingly, despite the deputy governor being the heir apparent, the Constitution does not specify the process of removing the occupant.

“It is very challenging for deputy governors. When one tries to be proactive, they are accused of trying to overshadow their bosses. When they sit back waiting for errands, they are accused of sabotage. This matter needs to be addressed through legislation,” observes Dr Chebunet.

In the recent past, Kirinyaga Deputy Governor Peter Ndambiri was caught in a row pitting his boss Anne Waiguru and Interior Principal Secretary Karanja Kibicho.

On May 31, Ndambiri noted that leaders in Kirinyaga, seemingly referring to his boss, needed to stop “disrespecting” Kibicho and instead support him in implementing the National Government’s development projects.

Ndambiri, who has differences with Waiguru, urged Kirinyaga leaders to remain united and stop messages of hate.

“I’m calling upon all leaders to stand united including the Members of County Assembly, the Senate and the Members of Parliament. We should stand in unity. This language of hate and sideshows should cease forthwith,” urged Ndambiri.

Earlier in May, Waiguru accused the PS of meddling in a project which she initiated after asking President Uhuru Kenyatta to intervene.

Waiguru was not pleased that PS Kibicho was taking credit for the stadium renovation project after Kibicho toured the project and blamed the Office of the Governor for delays.

The first five years of devolution were marked with fights and tension between some governors and their deputies, forcing the deputies to form a forum to address challenges facing their offices.

Some of these conflicts of interest were resolved, while others ended in bitter break-ups, like in Machakos, Kisumu and Mombasa.

This week, Karugu led members of the council of deputy governors including Vice-Chair Martin Moshisho, Secretary Matthew Owili, Treasurer Charles Ngome and Whip Abdi Ibrahim Issa in a renewed push to have deputy governors have defined roles and powers that will be enshrined in the Constitution.

The council says it is a general feeling among Kenyans that a deputy governor is there to be seen and not to be heard.

“This clearly explains why a proactive deputy governor is seen as a threat to the boss,” the chairperson told The Standard in an interview.

Karugu says it is the council’s desire to have the law changed to give clear-cut roles.

She says the forum is seeking for change of Section 179 (5) for the role of the Deputy Governor to be strengthened.

“There is need for a section 181A that entrenches the removal process of a deputy governor,” she says.

In the renewed initiative, the new team at the Council of Deputy Governors presented their proposal to the Building Bridges Initiative (BBI) team and have vowed to back the process to change the Constitution.

Another thing the forum will endeavour to do during her tenure is to create platforms for inter county transfer and exchange of knowledge and information together with networking and building mutually beneficial relationships with national government.

This, she says, would strengthen devolution and ensure counties are not left behind in terms of development and knowledge in prudent management of resources allocated by the national government.

Her co-chair Mr Moshisho says: “Deputy governors play a similar role to that of the deputy president, deputy chief executive officer in private enterprises or deputy principal in a school. This means they step in for their bosses whenever the latter is away and perform any other duty that may be assigned by their boss.”

The deputy governors forum is further seeking to see the inclusion of more women in the management of affairs at the national level and counties.

“We support the proposal of equal representation in all levels of governments. This will ensure equity and gender balance in the county executive committees composition with minimum quota for women representation set at one third,” Karugu says.

Karugu was nominated in 2018 after her predecessor, Mutahi Kahiga, was sworn into office as governor following the death of Wahome Gakuru in a road crash.

Deputy Governors refute claims of difference in the counties

Deputy governors say they are tired of playing “flower girls”

By Stephen Rutto | 34 minutes ago

By Nehemiah Okwembah | 34 minutes ago

By Samson Wire | 8 hours ago 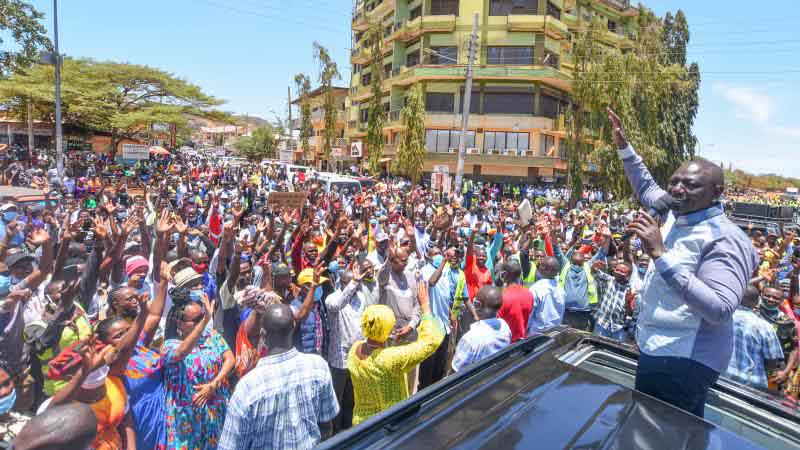