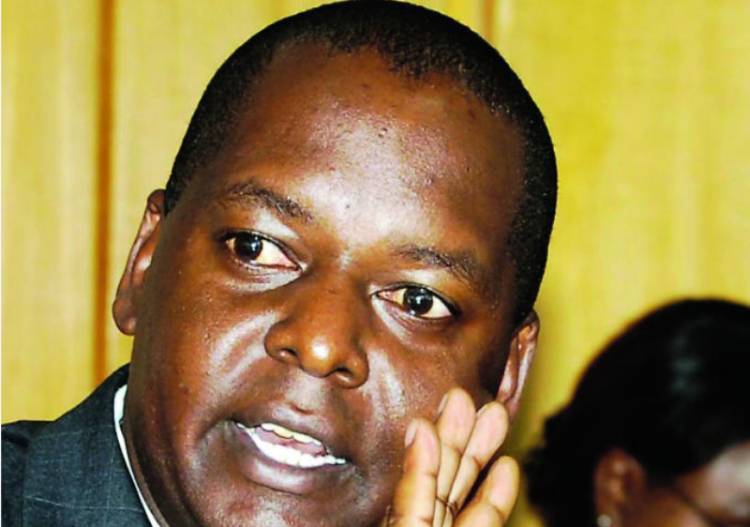 And in the wake of Kimunya’s fortunes, National Assembly Majority Leader Aden Duale’s misfortunes have begun with Jubilee Party Vice Chairman David Murathe, saying Kimunya is now above the Garissa Township MP. Though the job description of the position handed to Kimunya on Tuesday remains hazy, it seems to duplicate duties that would be clearly handled by both Duale and Emmanuel Wangwe, the new Majority Whip.

However, it places him at the upper echelons of Jubilee Party, where he can play in the highest league of national politics.

“This is the position that Tuju (Jubilee secretary general Raphael) should have held, he should have been nominated to Parliament to be the link between the House, the party and the Executive. Now Kimunya will be the boss of the Parliamentary Group, placing him on the level of a Cabinet Secretary and above the position of the majority leader,” says Murathe.

The position thrusts the Kipipiri MP back to the political limelight that he was used to when he served in President Mwai Kibaki’s Narc and PNU government, rising to the position of Finance minister before he was disgraced through a vote of no confidence in 2008.

He also served as Minister in the Lands and Settlement docket, Trade and Industry, and Transport.

The motion of no confidence, articulately and dramatically moved by then Ikolomani MP Boni Khalwale, accused Kimunya of being complicit in the controversial sale of the Grand Regency, now Laico Regency, Hotel.

He was also accused of impropriety in his handling of the Safaricom IPO and the De La Rue tender.

The vote overwhelmingly supported by MPs, including a majority from his own PNU party, came barely days after he had, almost arrogantly, declared that he would rather die than resign. He resigned, paving way for an inquiry against him.

Though Kimunya was cleared of any wrongdoing in the sale of Grand Regency Hotel, the enhanced politics against him left the man, who had also served as deputy leader of government business in Parliament, bruised and wounded.

He appeared to have been sunk politically and thrown to obscurity, with little hopes that he would play in the national politics again when after the electorate of Kipipiri voted him out in the 2013 elections, he wrote them a letter, castigating them for being unappreciative of his good work over the 10 years he was MP.

Even after he was elected back to Parliament in 2017, Kimunya has remained a pale shadow of the front-bench politician that he once was, one whose presence in the House would never be ignored.

Now the only responsibility the witty MP, who last year graduated with a PhD, in the House is the lowly position of a vice chairman of the Education Committee.

This was certainly not the place for Kimunya who once took to the floor of the House to “lecture” ODM leader Raila Odinga on the operations of the Nairobi Stock Exchange, now renamed Nairobi Securities Exchange (NSE), casually telling the opposition chief that “NSE is not a fish market”.

But now even as the debate rages as to what the exact role of the position granted to him entails, it is certain that Kimunya has been thrust to his rightful place in the country’s political set-up.

Murathe says it will be the secretary of the Parliamentary Group, which now includes members of Kanu who are now in the Jubilee coalition, who will be calling for PG meetings, a task that was reserved for the party leader.

“Those who have been accusing the president of failing to summon a PG meeting will now be channeling these concerns to the secretary. That is how powerful that position is,” Murathe says.

Kimunya says the position is not new as it is stipulated in the Jubilee constitution, only that it never had a substantive holder. He admits that his duties could see him assuming some functions now played by other leaders.

“I don’t think there is a conflict, every of those positions has specific duties. But since there has never been a substantive holder of the position since 2013, the duties were being played by either the whip or the majority leader.

However, the position is a vital component of the governance structure of the party,” he says.

Kimunya adds that his responsibilities would include coordinating the two Houses of Parliament, sorting out logistics of a PG, reporting deliberations of the PG, chairing meetings of legislators if that is designated to him by the party leader and inviting the party leader to address a meeting where he is in attendance.

The demolitions come six months after Kenya railways issued an eviction notice to encroachers in January this year.