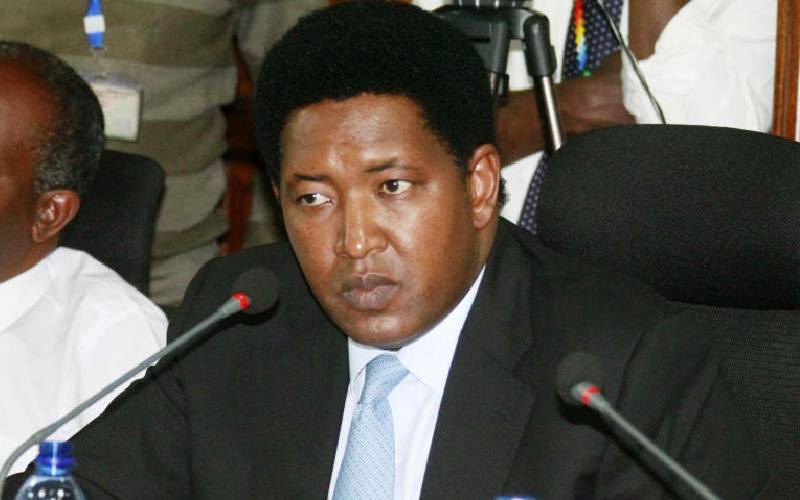 Four days after re-affirming his loyalty to ODM during debate on Kithure Kindiki’s ouster as Senate Deputy Speaker, ole Kina surrendered the post and offered an apology, including a pledge to withdraw a case challenging his removal from the lucrative committee.

Yesterday, Mr Odinga took to Twitter after meeting the senator at his Karen home.

“Senator ole Kina has this morning (yesterday) agreed to withdraw the case he had filed against the ODM party over the Senate CPAIC chairmanship, surrendered the seat and apologised,” Raila said.

“In return, I’ve instructed the party to reverse the decision to de-whip the senator.”

The deal has shelved the planned ouster of ole Kina from the powerful committee.

Last Friday while making his contributions in the House, the senator said: “I want to assure my party leader that despite all the rumours you are getting, I and the people of Narok remain loyal to the core.

“If my party made a decision to de-whip me, whether or not I put up a fight, the only thing that I can tell the party is that I am loyal to it. I will stay in that party to fight from within for my position.”

The Standard reliably learnt that Raila has promised ole Kina a leadership post in the scheduled changes, expected to be unveiled soon, following a "co-operation agreement" with President Uhuru Kenyatta.

During the debate, ole Kina told Prof Kindiki that his greatest undoing was party disloyalty, not competence.

“My brother, you and I have gone through the same challenges. My party loyalty was questioned. I stand here to say that I am fully loyal to my party, ODM,” he said.

“My party leader had been informed by other squatters - I call them that because they do not have homes - that I was disloyal to the party. That is not true. It is a party loyalty issue. Your goose is cooked.”

Ole Kina, a staunch Raila supporter, had contested for the deputy speaker's post but lost to Kindiki in 2017 due to Jubilee’s numbers.

He has lately been shooting straight from the hip, accusing the party leadership of dictatorial tendencies.

“Democracy is on trial in Kenya. The outcome of two recent events reminds me of the Thirty Tyrants of Athens. The forceful takeover of Nairobi County from Governor Mike Sonko and my de-whipping are classic examples," the senator wrote in a tweet earlier this month.

Previous article
Virtual athletics: Cheruiyot to take on Norwegian brothers on June 11
Next article
Pregnancy made me hate my husband's voice, cooking

Bring it on, President Uhuru challenged on Kisumu wife joke