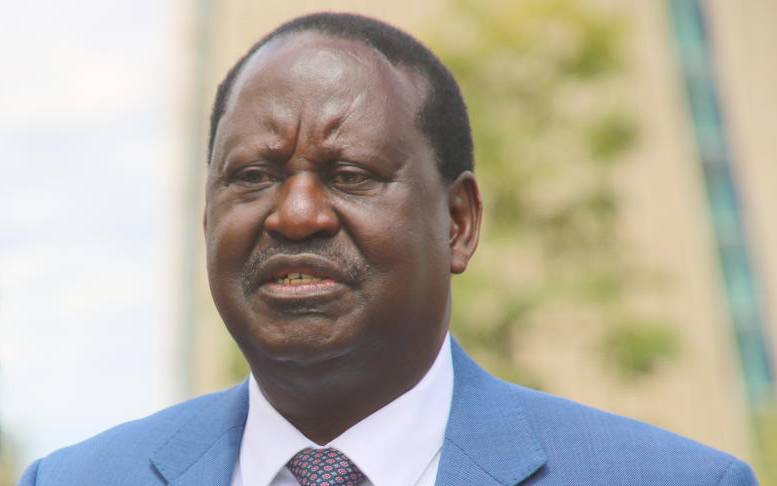 ODM leader Raila Odinga says the Building Bridges Initiative will culminate in a historic referendum later this year but only after the country has successfully battled coronavirus and its impact.

While speaking to Milele FM at his Karen home in Nairobi, Odinga (above) said that the BBI coordination team, comprising a taskforce and the political wing was almost through with its mandate. Therefore, what remained was a small task to effect law changes.

“Reggae (read BBI) was going to give us constitutional changes and we were only remaining with rallies in Nairobi and Nakuru…there were already myriad of recommendations that required executive actions, legislative actions and other structural law changes to effect,” he said.

The ODM leader, however, did not go deeper into discussing the kinds of changes eyed in the constitutional amendments.

With the government battling the coronavirus which has killed 52 people and infected more than 1,000 others; Odinga said that the team would give the executive time to focus on healing the economy first.

“Before we resume the BBI and the referendum, we will take time to focus on helping people afflicted by the coronavirus, floods and the desert locusts,” he said.

He said that their intention as the steering team was to give the government ample time and support it in supporting the needy as the economy recovers from the pandemic.

“We want the government to repair the economy. We do not want to bring BBI politics into a country that is still grieving and hungry after the coronavirus menace. We have to revive the economy first,” he said, adding that the referendum may come before the end of the year after the dust has settled on the pandemic.

Mr Odinga also lashed at "dynasty versus hustlers’’ dichotomy saying that it lacked logic in the Kenyan context. He argued that Kenya has never been ruled by a monarch hence the issue of dynasty should not arise. He gave an example that Kenya’s first president the late Jomo Kenyatta rose from poverty as a metre reader and became the head of state. It took the reins of former president Daniel Moi and Mwai Kibaki for Kenyatta’s son Uhuru to occupy State House. This, Odinga said is a depiction that Kenya’s politics is based on individual effort and not hereditary.

“People have always voted for me as Raila Odinga and not as the son of Jaramogi,” he said. He urged Baringo Senator Gideon Moi not to be moved by the dynasty tag saying that the law allowed him to vie for any position like any other Kenyan. Recently, Senator Moi, who is the Chairman of Kanu signed a coalition pact with Jubilee party ahead of 2022 General Election.

Raila emphasised that he and President Uhuru Kenyatta were committed to ensuring that the contents of their MoU see the light of day. Part of it he said include fighting corruption in the country and uniting the people that has been divided along ethnic lines.

The ODM boss distanced himself from the storms rocking Jubilee. He said he could not comment on the decisions made by the ruling party because he was in another party. But when asked whether he would team up with Deputy President William Ruto in 2022, he refused to respond to the question saying that part of BBI initiative is creating animosity between the people. He dropped in a line of a proverb in Kiswahili saying “Mvumilivu hula mbivu” (it is the patient one who finally gets to enjoy the ripe fruits) leaving the listeners guessing.

Raila praised Africa’s fight against the coronavirus saying that most countries especially Kenya and South Africa were leading in showing the gains and such can be assessed through low mortalities.