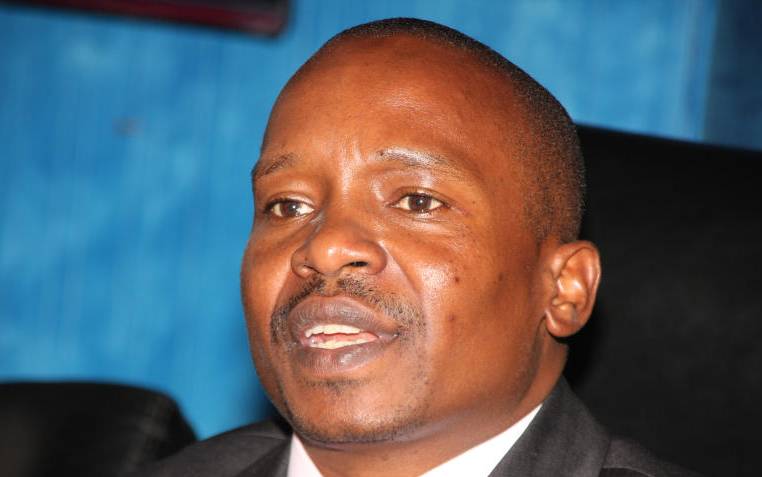 As the Jubilee Party works round the clock to oust Senate Deputy Speaker Kithure Kindiki, the chances of his replacement coming from the Mt Kenya region appear slim.

As a result, Jubilee leaders in the larger Meru region have threatened to reconsider their support for President Uhuru Kenyatta if Prof Kindiki is dethroned.

Kindiki (pictured) is the only leader in the larger Meru area (which includes Meru and Tharaka Nithi counties) to hold a senior position in Parliament, and his removal is being viewed as a betrayal of a region that voted almost to the last man for the ruling party.

Yet, for the president’s men seeking to replace Kindiki, the only other senator from the region is Meru’s Mithika Linturi, a staunch ally of Deputy President William Ruto.

Yesterday, Mr Linturi dismissed the plot to replace Kindiki, saying it was in bad faith. “Some people think they can go out dishing out positions not in their domain. They can only appoint Cabinet secretaries,” he said.

When asked if he would agree to replace Kindiki if the seat were offered to him, Linturi replied: “Whether I accept or not, once the seat is declared vacant people will apply, but I’m not that stupid.”

The other option would be to move to neighbouring Embu for Njeru Ndwiga, but he comes from the same county as National Assembly Speaker Justin Muturi.

That means the planners of the changes will have to either replace Kindiki with a senator from the former Central Province or one from outside the region and face the backlash.

Sources yesterday told The Standard that the dilemma of replacing Kindiki without causing further revolt was the reason movers of the scheme were keen to have the Tharaka Nithi Senator apologise “for him to return to the fold”.

“We have always said that Tharaka Nithi is our stronghold and by sacking Kindiki, we would be seen to be going against the people. That is why it is a tricky situation. But we will see how it pans out,” said a Jubilee official privy to the scheme to remove Kindiki.

Yesterday, leaders from the region reacted angrily to the proposal, with MPs and MCAs expressing their disappointment with Senator Irungu Kang’ata’s plan to remove Kindiki.

The leaders said Kindiki should not fall victim to turf wars pitting allies of President Kenyatta against those in his deputy’s camp.

Mr Murugara said Kindiki should not be dragged into party politics “because he is a national leader who is free from affairs of different parties.”

The legislator said the law professor occupied a leadership seat in a national institution that requires impartiality, and he had discharged his duties well.

“He presides over the Senate as an impartial umpire. Taking sides in party politics gives him a partisan approach to Senate issues. I do not agree whatsoever that Senator Kang’ata should actually be discussing the Deputy Speaker in party politics,” said Murugara.

He added that Mr Kang’ata’s new mandate as Leader of Majority does not extend to the Speaker or the Deputy Speaker.

“Even in the National Assembly, I do not expect Speaker Justin Muturi or even Deputy Speaker Moses Cheboi to play party politics. This is above them as apexes of the leadership of Parliament,” Murugara added.

“Instead of following procedure, they are using crude methods of discipline. If Kang’ata has the agenda to further dismantle the party, we will wait and see,” he said.

“When other parties are strengthening, it is in Jubilee where there is Kieleweke and Tangatanga. Instead of unity, they are intimidating and throwing people out.”

Mutunga added that Uhuru as party leader only had to call a meeting of MPs to deliberate on what he wanted done, and they would heed the call.

He took issue with how the new Senate Majority Leader was discharging the affairs of the party, saying, “there is a disconnect”.

“The plan to remove Kindiki is not going down well with those of us who love our representatives at the national level. We have not heard Kindiki being mentioned in bad light in his duties in the Senate. He is humble and down to earth, and should not lose his seat because he is a friend of the deputy president,” said Nkuene MCA Martin Koome.

“Those who want Kindiki axed are being insincere .... We have freedom to choose our friends. Let us not become dictatorial.”

Marimanti MCA Susan Mwindu said Kindiki was the political hope for the larger Meru region, and removing him from his seat him would not auger well with electorate.

“There is no one else we have at the national political level. Kindiki is our hope. We stand to lose if he loses. It is tantamount to politically killing the county,” she added.

“He has been very respectful of the president and his deputy, who are both his friends. He has not taken sides because his role has been to arbitrate between different sides in the Senate,” said Ms Thuku.

She added that Kindiki should not fall victim to Jubilee’s turf wars.

“He has been a cool guy, and has been very consistent in his loyalty to the Constitution, President Uhuru Kenyatta, his deputy Ruto. Mistreating Kindiki, who was integral in drafting the Jubilee constitution, is the height of political dishonesty,” Thuku added.

Edwin Mugambi, a pastor and politician, added that the removal of Kindiki and Linturi from the Justice and Legal Affairs committee would be tantamount to fighting the electorate.

By Willis Oketch | 11 hours ago

By David Njaaga | 20 hours ago