Our removal is illegal, null and void, says Senator Kihika 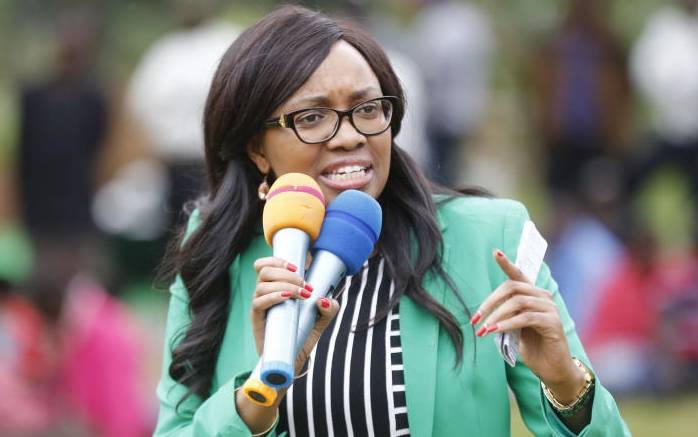 Nakuru Senator Susan Kihika (above) has written to the Senate Speaker Ken Lusaka protesting her removal as the Senate Majority Whip by a Jubilee Senate Parliamentary Group meeting that was chaired by President Uhuru Kenyatta on Monday.

The meeting which took place at State House and included Kanu Senators resolved to replace her with her deputy Irungu Kang'ata, who is the Murang’a senator. Elgeyo Marakwet Senator Kipchumba Murkomen was also kicked out of the Senate Majority Leader position and replaced with West Pokot Senator Samuel Poghisio.

Kihika says sin the letter that Jubilee senators were not notified of the meeting and therefore any decisions made were against Standing orders and unlawful.

“As Jubilee Senators, we did not receive any formal invitation for any meeting with an agenda to discuss the removal of Senate Majority Leader and Senate Majority Whip… We held consultative meetings and would like to inform the Speaker that the requirements of Standing Order 19 that make it mandatory for more than half of Senators to remove a Majority Leader or Majority Whip were not met,” she notes in the letter.

She also says that their removal was not subjected to voting as required by the Standing 19. Further, she states that Jubilee does not have an existing valid Coalition Agreement with Kanu. This is just days after President Uhuru Kenyatta met Kanu leader Senator Gideon Moi where duo signed a post-poll coalition agreement ahead of 2022.

As for Kihika, the said agreement was not sanctioned by the National Executive Committee which ratifies such coalitions.

“The purported Coalition Agreement was not sanctioned by the relevant party organ that is the National Executive Committee as required under article 32.2 of the Constitution of the party,” she states.

She, therefore, wants the decision to remove them to be reversed on grounds that it failed to meet the legal bar.

She says: “We, therefore, hold that the leadership of the Majority Party in the Senate remains as it has been until the requirements of the Constitution of Kenya, Standing Orders and Jubilee Party Constitution are all adhered to. All communication on the removal of leaders as provided by Standing Order 19 can only be written by Majority Leader and Majority Whip.”

The letter has been copied to the Clerk of the Senate and 22 Senators. 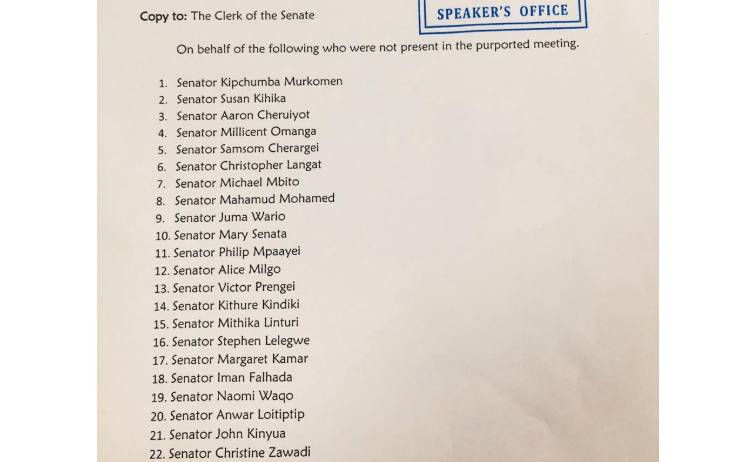 Earlier in the day, State Spokesperson Kanze-Dena Mararo released a statement on the meeting which effected the changes on Senate leadership.

It said: “His Excellency the President today at State House, Nairobi chaired a Jubilee Coalition Parliamentary Group meeting that brought together Senators from Jubilee Party and the Kenya African National Union (KANU).”