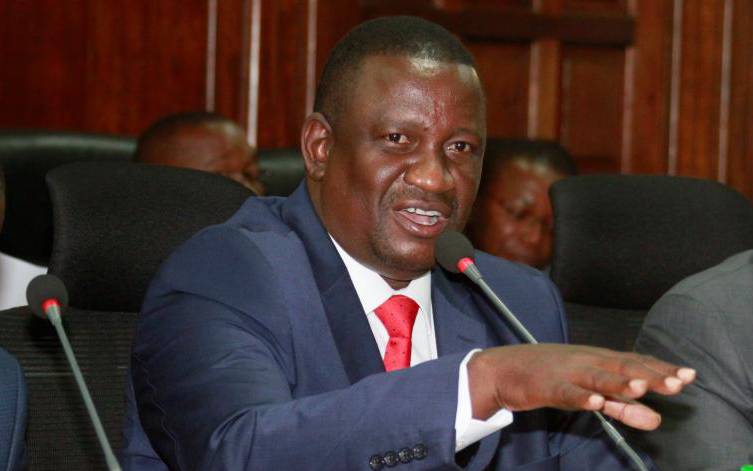 Political parties in Kwale County are flexing their muscles in preparation for the Msambweni by-election following the death of MP Suleiman Dori on March 9.

There is intense lobbying around the ODM and Jubilee bigwigs with reports that Governor Salim Mvurya  (Jubilee) has fronted his county finance executive member  Bakari Sebe.

On the ground, it appears the contest will be between ODM leader Raila Odinga and the Deputy President William Ruto's faction of Jubilee which tilted the political ground at the Coast after winning the support of the late Mr Dori, Malindi MP Aisha Jumwa, and other ODM legislators in the wake of the March 19, 2018 handshake between President Uhuru Kenyatta and Raila.

On Sunday, Sebe, a political newcomer said he was in the race and was prepared for either a competitive nomination process or direct ticket, adding that his team was busy preparing the ground for the political duel.

“I am in the race for the Msambweni by-election and I am ready for any eventuality. I am prepared for contested or direct nomination. Whichever way, we are still in preparation but things look fine on the ground,” he stated.

But Msambweni Knut Branch Executive Officer Bashir Kilalo who made an impressive show in the 2017 General Election on a Jubilee ticket appears to be on Sebe’s neck as he fights for the Jubilee ticket.

It remains to be seen how Bashir, who is not in Mvurya’s political camp will be handed the ticket now that the governor stands out as deputy president William Ruto's point man in the county.

On the ODM side, several candidates have been jostling for the party amid deep consultations and preparations for a possible nomination exercise.

Kwale ODM Chairman Hassan Mwanyoha said that already the branch wanted to make a stand on the mini poll saying party leader Raila Odinga has advised them to be patient “because Mr Dori’s grave was still very fresh.”

“We have heeded the counsel from the party leader that we go slow on the drive to replace the departed MP because his grave was still fresh. So we have extended our consultations with the membership,” he explained.

Mwanyoha said they were waiting for Raila’s word to make the next move as a branch.

National Assembly Speaker Justin Muturi is yet to declare the Msambweni seat vacant.

In 2017, ODM emerged as the dominant party in Kwale County winning the Msambweni and Kinango Parliamentary seats, the county women representative and senate seats as well as nine out of the 20 MCA positions.

There are many effective techniques of budgeting that one can choose from.

By Abdimalik Ismail Hajir | 1 hour ago

By Steve Mkawale | 6 hours ago