Will Uhuru’s plea save Sonko from impeachment? 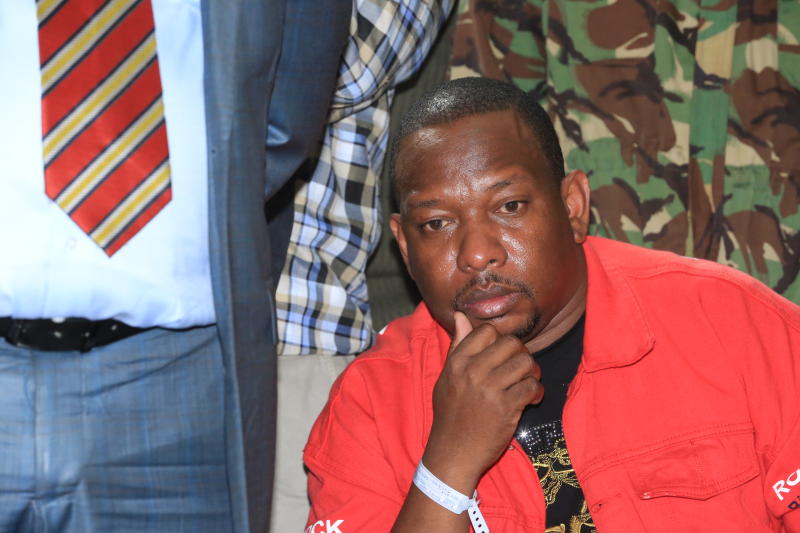 Embattled Nairobi Governor Mike Sonko has until today to submit written replies to the allegations raised in the notice of motion of his impeachment.

But the Gods of luck were on his side. Today the High Court stopped his impeachment until “the due process is followed.”

County Assembly Speaker Beatrice Elachi directed the House clerk to serve Sonko with the notice, following the impeachment motion that was tabled on February 20.

Elachi gave Sonko an ultimatum of eleven days to respond, failure to which the assembly would proceed with debating the motion and to vote on his ouster or retention.

The Minority Whip of the County Assembly and MCA for Makongeni Ward Peter ‘Jateso’ Imwatok tabled the motion, citing among other things, violation of the constitution, incompetence, and inability to lead, which he used as grounds of Sonko’s removal from office.

Since then, all eyes shifted to Nairobi County Assembly to see if the move by their counterparts in Kiambu County that saw Ferdinand Waititu “Baba Yao” impeached will be pulled on Sonko.

Before the motion was tabled in the house, over 60 out of 85 MCAs had already signed to impeach the Governor.

But there now seems to be a sharp division in the House after President summoned on Saturday and reportedly asked them to drop the impeachment motion in the interest of service delivery.

Last week Senate majority leader Kipchumba Murkomen questioned the validity of the transfer of some functions of the Nairobi County Government to the National Government by Sonko House in a deal signed at State House, Nairobi.

His argument was that the public was not consulted before the deal as is required by the Constitution.

“It is therefore completely baffling and unfathomable that despite the express requirements of the Constitution, the purported transfer of functions from the Nairobi City County Government to the National Government was conducted in an entirely opaque manner with no reference whatsoever to the public generally and in particular to the people of Nairobi City County.”

Added Murkomen:  “This is a complete claw-back on the principle of public participation that is so dearly held by Kenyans at large”.

But now the MCAs are divided the State House visit.

However, some lawmakers said they would give the Government a chance as it takes over the city and restore proper service delivery.

"We have agreed, for the time being, not to impeach Sonko as agreed with the President and our party leader, to give service delivery a chance," said Mihango MCA Paul Kados.

South B's Waithera Chege said she did not support Sonko’s impeachment and therefore would not by any chance support the motion.

"I have been clear that I am in support of Sonko's stay and will continue to do so as he has helped me develop South B. Most of the projects have been because of him and his networks so I see no reason to send him home, "she said.

On the other hand Imwatok, missed the session with the President and said he will not be intimidated and will not back down from the motion he tabled to send the Nairobi boss home.

Embakasi MCA Michael Ogada who accused the president of interfering with the voting pattern, said he would not concede and will support of the motion.

"I'm not going to toe the line or get arm-twisted. In fact, I will be the one seconding the motion. I don't understand why the President is supporting a corrupt person," said Ogada.

Woodley MCA Mwangi Njihia supported the motion saying he is in support of fighting against corruption.

"The President didn't convince me on why I should not impeach Sonko. I am, therefore, in support of Mr. Imwatok 100 per cent, and I will support the motion on Tuesday, “said the Jubilee MCA.

So what next for Sonko?

If the MCAs vote to impeach him, the motion will then head to the Senate which will decide on whether to uphold his impeachment or vote on the contrary.

Anne Kananu to be sworn in as Nairobi deputy governor