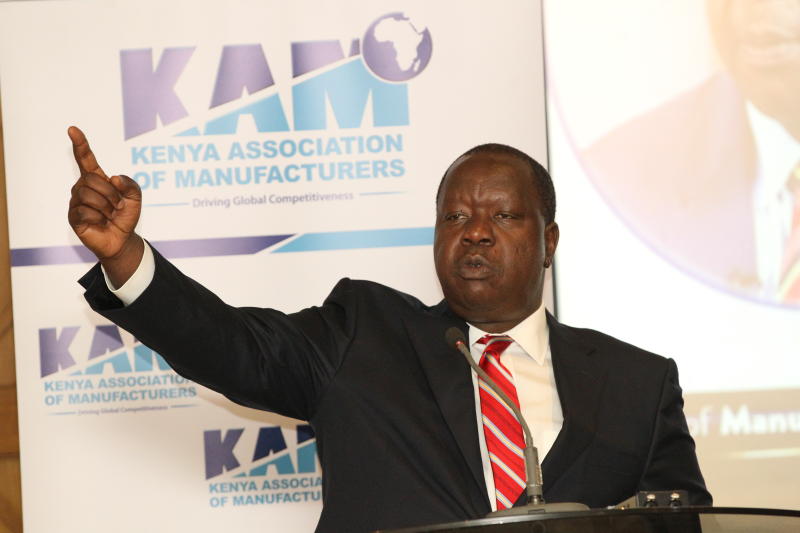 As the struggle for political supremacy continues long ahead of the 2022 general elections, some politicians are nudging Cabinet Secretary Dr Fred Matiang’i (pictured) to contest the presidency.

Matiangi, who was in Murang’a to attend a homecoming party was equated to the late Cabinet Minister John Michuki both in his performance of Cabinet duties and his loyalty to the president.

Borabu MP Ben Momanyi ignited the debate on possibility of the CS taking over from Uhuru when he told the gathering that he was equal to the task.

Speaking at Gakoigo grounds in Maragua on Friday where the CS was chief guest during thanksgiving ceremony for NCIC Commissioner Wambui Nyutu, Momanyi said Kikuyu community should  join hands with the Kisii in support of the CS.

“CS Matiang’i has the support from Western region of the country and especially his Kisii backyard, and  the best lieutenant for Kenyatta,” Momanyi said. Former Jubilee Party Vice Chairman David Murathe described Matiang’i as a performer. “Kenyatta will get a worthy leader who will safe guard interests of Kenyans,” Murathe said. Reading from the same script, Mt Kenya Foundation chairman Peter Munga said Matiang’i’s performance was good.

“The CS has been loyal to President Kenyatta, just like the late Michuki, who was obedient to retired President Mwai Kibaki,” Munga said.

But Gatundu South MP Moses Kuria said there was need to be cautious as the Building Bridges Initiative could propose the president to be elected by Parliament.

“The public should be allowed to elect their President. It will be unfair if MPs will take role of the citizens,” said Kuria.