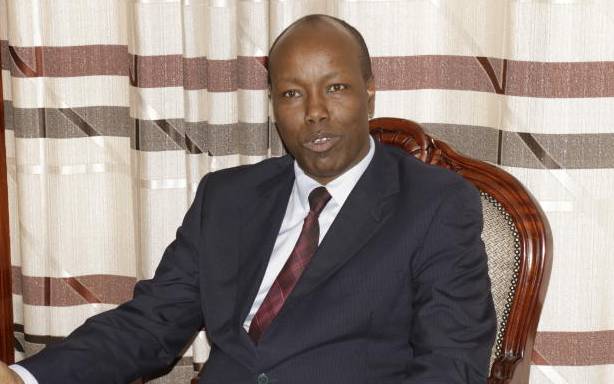 Nakuru Governor Lee Kinyanjui (above) has dismissed reports that there were plans to deny leaders allied to Deputy President William Ruto Afraha Stadium for their Building Bridges Initiative (BBI) meeting slated for February 8.

Speaking to The Standard, Governor Kinyanjui said that the county government will facilitate the meeting should it be requested to do so.

“I only heard through the media that they will hold a rally at Afraha Stadium. They are welcome and as a county government we shall facilitate their being at the facility," said Kinyanjui.

The Governor added that the county government was however yet to receive a formal request for the venue of the planned BBI rally.

He added that any group interested in using the venue on the said dates or any other should communicate early enough to facilitate security and logistical preparations.

The group allied to DP Ruto constituting 173 parliamentarians led by Senator Kipchumba Murkomen on Monday declared that they would hold their first rally at Afraha Stadium on February 8.

This is after some of them were brushed off during Saturday meeting organized by a rival camp led by opposition leader Raila Odinga in Mombasa.

Kinyanjui however distanced himself from the meeting saying that another meeting was scheduled at the same venue on February 23.

"Our meetings shall go on as earlier scheduled. However, any other meeting they may plan is still welcome if the goal is to sensitize people on the BBI,” said Kinyanjui.

The county chief, however, warned the group against abusing the privilege urging them to uphold respect for other leaders and divergent views.

"Being the first meeting for the team, they have an opportunity to define a harmonious start that Nakuru will offer. Insults, name-calling and character assassination will undermine the progress made so far in uniting the country," said Kinyanjui.

He added that Nakuru has been a symbol of unity and harmony in the country and would mark the climax of BBI meetings.

"We always seek to maintain Nakuru as the epicenter of Kenya's unity and this rally as well as any future meeting should live up to this. Our BBI meetings have been initiated and scheduled in far-flung areas. Nakuru and Nairobi will host the meetings where the major pronouncements will be made," he said.