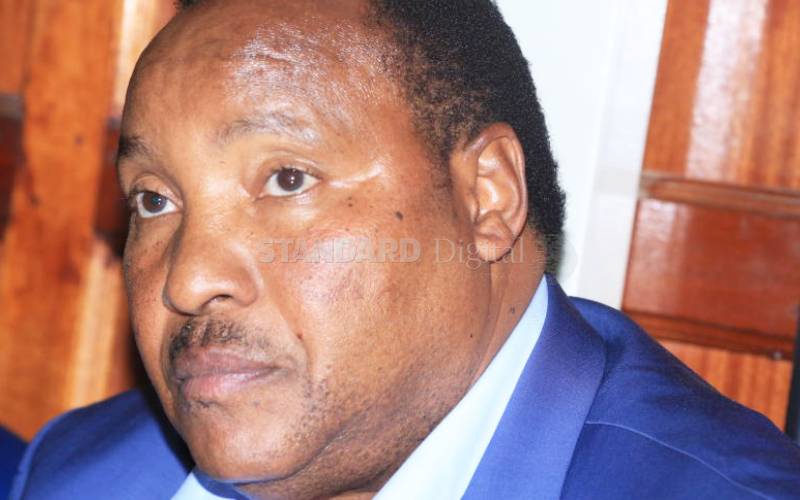 They instead opted for a whole House plenary.

Senate Majority Leader Kipchumba Murkomen (Elgeyo Marakwet) tabled the motion to have an 11-member team put together to investigate Waititu.

But it was shot down, with only 16 members voting for it against the 28 who rejected it.

The committee would have been headed by Kakamega Senator Cleophas Malala (chairman) and Nakuru's Susan Kihika (deputy).

Speaker Kenneth Lusaka will later set a date for the House proceedings to discuss Waititu's fate.

As it goes to the plenary, members will vote and clear the matter.

On December 19, 2019, Governor Waititu was ousted after 63 Members of the County Assembly voted in favour of his removal, 28 failed to turn up for the session and one voted against the impeachment motion.

The impeachment motion was tabled by Ndenderu MCA Solomon Kinuthia who accused the governor of engaging in corrupt dealings, abuse of office and gross misconduct.

The governor was accused of violating the public procurement rules and conflict of interest after it emerged that tenders in the county were awarded to companies owned by relatives.

On December 10, 2019, an impeachment against Waititu and his deputy James Nyoro failed to take off after it emerged that the grounds for the impeachment did not meet the legal threshold.

MCAs allied to Governor Waititu snubbed the sitting. Kiambu Assembly Speaker Steven Ndichu confirmed the postponement of the debate for failure to adhere to set guidelines.

"This communication is to confirm that the same motions will be considered next week by the assembly per the constitutional, relevant laws and standing orders,” he said.

The motion was also deferred to allow the Members of the County Assembly to furnish the governor with adequate notice and respond to the allegations in due course.

On December 23, 2019, four days after his ouster, Waititu wrote to the Senate protesting his impeachment arguing that the whole process was irregular.