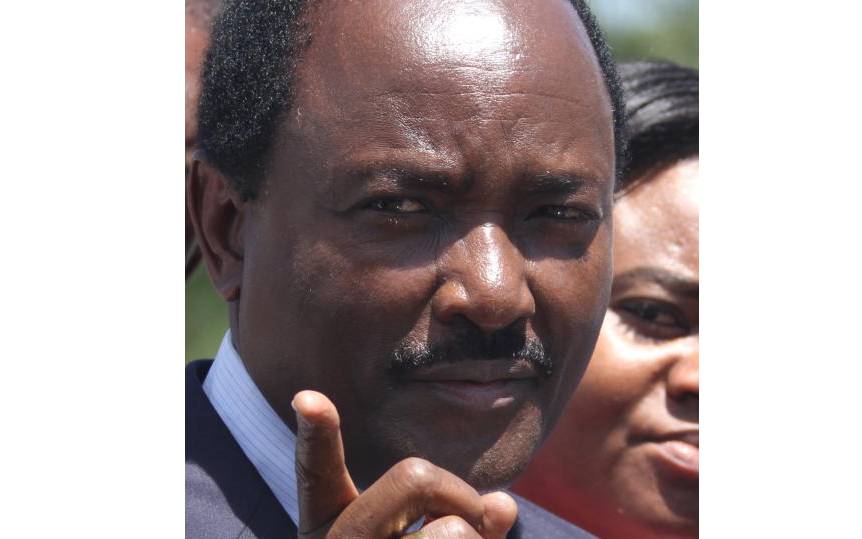 Legislators allied to Deputy President William Ruto have welcomed a pronouncement by former Machakos Senator Johnstone Muthama to front a deal between the DP and former Vice President Kalonzo Musyoka.

Although Kalonzo (pictured) has dismissed the move as propaganda, two North Rift legislators described Muthama as a ‘mature’ politician with over 30 years political experience and that they were certain his plans are genuine.

“We welcome Muthama. He is a wise man and can see far politically. He has stood with Kalonzo for long and where he goes, Kalonzo will be there,” said Daniel Rono, the MP for Keiyo South.

Mr Rono, who spoke to The Standard on the phone yesterday, said it was the former senator who influenced Kalonzo’s move into forming the National Super Alliance (Nasa) with co-principal and former Prime Minister Raila Odinga.

“We are certain that his friendship will be genuine as we see Kalonzo partnering with Ruto,” said Rono.

Soy MP Caleb Kositany, who spoke separately, said Muthama’s views were welcome, noting that they were ready to work with ‘like-minded’ Kenyans in fostering unity and working to uplift livelihoods.

“We have not had any meetings but Muthama’s observations are welcome. As soon as the festive season ends, we shall engage Muthama and Kalonzo as we chart working relations that will build the destiny of the country and transform livelihoods,” said Mr Kositany.

He said discussions for political pacts will be in line with the constitutional dispensation.

Muthama has vowed to lead a team from Kalonzo’s backyard of Ukambani to negotiate with Ruto for the Wiper leader’s position ahead of 2022 elections.

Kalonzo has, however, dismissed the plans, saying he was not interested in becoming Ruto’s running mate, insisting he would gun for the top seat.