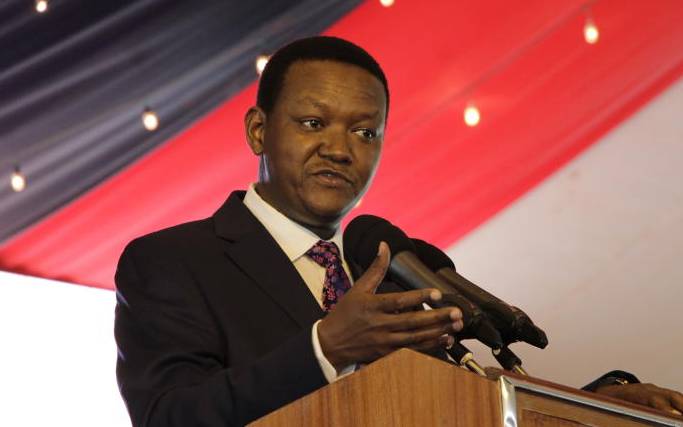 Machakos Governor Dr Alfred Mutua (pictured) has lashed at his former area Senator Johnston Muthama for declaring his support for the presidency of DP William Ruto.

In a statement to Standard Digital, he said: “We want to categorically tell Wiper that our people are tired of being auctioned to the highest bidder. They are also tired of looking for a political position for and individual and enriching a few. The Kamba nation has traveled this path for far too long to be taken back again.”

He said that the alliance between the Wiper party and Jubilee faction allied to DP Ruto is not a new thing because they have been holding secret meetings all the time.

Mutua lamented the move by former Machakos legislator branding it as an attempt to scuttle the implementation of the Building Bridges Initiative report, which he said DP Ruto had always opposed.

“It is fresh in the minds of Kenyans that DP William Ruto and his accomplices are the biggest opponents of handshake and BBI. Wiper’s teaming up with them is clearly a scheme to frustrate President Uhuru Kenyatta in his bid to unite and need to develop Kenya under his Big Four Agenda,” he noted on his statement.

This comes after Muthama declared today in an interview with Musyi FM (a local radio station broadcasting in Kamba dialect) that he would steer coalition talks between the Ruto and Wiper party leader Kalonzo Musyoka.

“I will soon convene a meeting of all elected leaders including MPs and MCAs as well as opinion leaders so that we dialogue over this matter. Our (Kamba’s) political chapter with ODM leader Raila Odinga is closed. We will negotiate with Ruto, Musalia (Musalia) and Moses (Wetangula),” said Muthama.

Muthama who has in the past been a fierce critic of President Uhuru Kenyatta and his deputy William seemed to have backtracked on his political stand.

He said that DP Ruto maybe a clean man who is wrongly linked to corruption allegations by his opponents.

“If President Uhuru Kenyatta has not asked MPs to impeach Ruto over widespread allegations of corruption, why should the Kamba community be swayed by corruption tags on the DP by his political haters?”

His utterances insinuate a possible dalliance between Wiper and pro-Ruto Jubilee faction.

“Now that Uhuru is retiring, the next President will be either Ruto or Raila Odinga. And as a community, we should do a careful calculation to ensure we do not get lost,” said Muthama.

He added: “Both Munyaka and Musyoka have told me that they have not floated the idea of Kalonzo taking the highest office in the proposed negotiations, although they categorically stated they preferred Kalonzo for the top seat. Soon and very soon, I will call leaders to form a committee to face Ruto in negotiations,” Muthama said.

But after Muthama’s interview, Wiper leader Kalonzo Musyoka on Wednesday night denied eyeing any political alliance with DP Ruto. Musyoka said the rumours are being peddled by his opponents who want to destroy his relationship with President Uhuru Kenyatta.

In the light of recent conversations and speculations about working with the DP, please note that these speculations are malicious.They are a desperate attempt to drive a wedge between me and HE the President and have failed.Remarks by individuals should not be attributed to me. — Kalonzo Musyoka (@skmusyoka) December 11, 2019

A crack between ODM and Wiper was exposed on November 25 when Kitui Senator Enoch Wambua stated that the marriage between two parties was non-existent.

“For the longest time now, Raila has demonstrated to us that he has no respect for Wiper and Kalonzo. We will not force him to work with us when he is clearly not interested,” Wambua said.

He said that the Wiper party was not keen on supporting Mr Odinga in the 2022 General Elections.

“In 2017 he told us he wanted to dispense his last bullet then he will support us in 2022. There is a Memorandum of Understanding to that effect deposited with senior lawyers in this country,” he said. 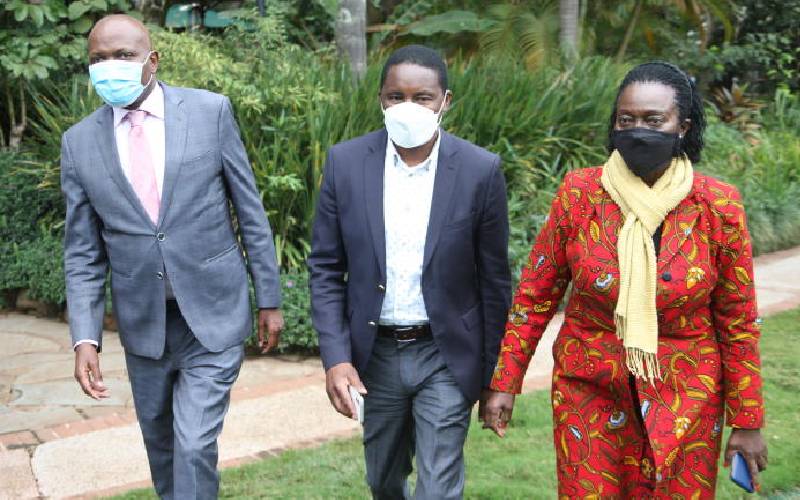