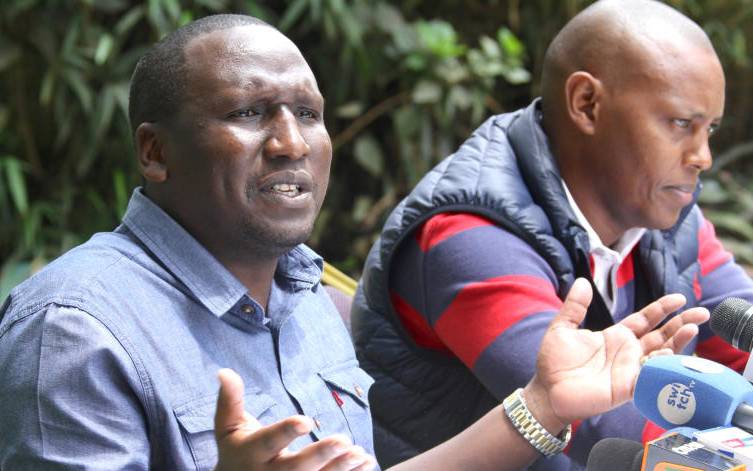 A day after President Uhuru Kenyatta met Mt Kenya leaders to quell brewing rebellion, Deputy President William Ruto’s allies have demanded a similar meeting with the President. And as Ruto sustained his attacks on ODM leader Raila Odinga yesterday, some of his allies who attended the Sagana State Lodge meeting insisted that Mt Kenya will stand with the DP in 2022. The Rift Valley leaders said they too have issues they want to be addressed by the President in a similar meeting.

“They says charity begins at home and on Friday the President met leaders from his Mt Kenya backyard to listen to the issues bedeviling them. We now want the President to also host Kalenjin leaders,” said Kericho Senator Aaron Cheruiyot (left).  They were speaking at the Lilloch Primary School grounds in Kericho, where the DP was commissioning a road project.  Ruto directed his wrath on the Kieleweke wing of Jubilee, telling them to either play ball or ship out of the party. He said President Kenyatta has now given a clear direction to the party and everyone should rally behind a united Jubilee.

“I therefore ask those who have been coalescing with the opposition that the time has now come for them to choose whether they want to be in Jubilee led by President Kenyatta or they want to follow opposition leaders,” said the DP.

He said Jubilee Party will not allow to be “supervised by a selfish character who doesn’t have any agenda but to destroy it”. Elgeyo-Marakwet Senator Kipchumba Murkomen and Belgut MP Nelson Koech asked Raila to renounce violence witnessed in the recently concluded Kibra by-election. Kikuyu MP Kimani Ichung’wah said Mt Kenya region will return the political favour to Ruto by supporting his 2022 presidential bid. “We are not going to look the other way and divert attention from the promise President Kenyatta made to Dr Ruto” he said.