Khalwale: Bullfighter comes a stone’s throw away from harm 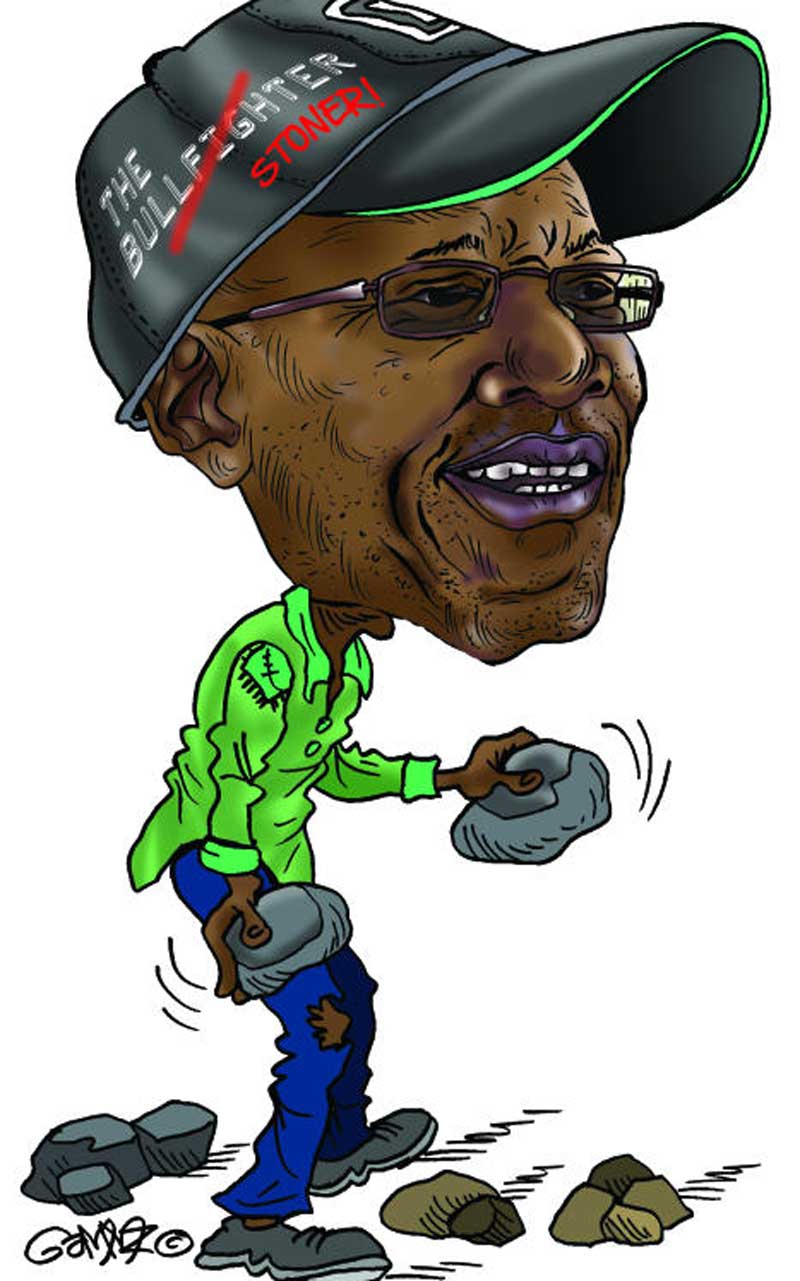 Determined not to let his efforts go unnoticed, former Kakamega Senator Bonny Khalwale unwittingly stole the thunder from the good fight that his preferred candidate in the Kibra by-election had put up.

In a familiar moment of madness, the isikuti-loving politician found himself on the wrong end of the political shenanigans that he has for a long time orchestrated. For the rest of his days on earth, the Kibra by-election will be frozen in one unflattering frame.

An image of a shaken Dr Khalwale in near crouching- tiger position with stones nestled gently in his palms ready to be launched at an approaching human threat, with a boulder almost ten times what he had in hand. Perhaps, buoyed by biblical tales of Goliath, Khalwale saw opportunity in the approaching threat.

And by the end of the spectacle pitting him against the stone-wielding youth, he triumphed, but his victory came with the cost of bearing much ridicule for the doctor from Ikolomani.

The same hands that has through the course of a long career delivered babies into this world were threatening to cause grievous bodily harm to another. Some would argue that it was all in self- defence. Followers of Khalwale’s political life will however have recognised the bullfighter’s theatrics and antics that he is so fond of during campaigns.

Khalwale, is someone you’d want on your side. He can be a nuisance when he wants to and can cling to you like a hungry, thirsty tick. Not even the hottest of flames from a cigarette butt can shake him loose.

In July 2008, the country was treated to another round of scandal involving the controversial sale of the then government-owned Grand Regency Hotel in Nairobi, which was reportedly purchased by a business group at a below-market price. Local watchdog groups criticised the sale, calling it secretive and there were allegation of malpractice among top government officers. Key of these, was then Finance minister and current Kipipiri MP Amos Kimunya. As the scandal unfolded, Khalwale- whose name loosely translates to ‘the sick one’ in Luhya- had chosen a spot on Kimunya’s shiny CV to leech on. And his bite, though small, had devastating consequences.

“To stop corruption at the Treasury Kimunya must Go. To end impunity in this country Kimunya must go. To reposess the Hotel Grand Regency Kimunya must go,” Khalwale, at that time the MP for Ikolomani told Parliament. In light of the allegations, Kimunya had vowed to ‘rather die than resign.’ Luckily, for him, the former came before the latter. He quit government in a huff.

But he can also be an asset. He can be an attack dog, a fearless snapper of heels with a solid jaw that has over the years of his political career stood up to the test of punches aimed at him.

Khalwale’s record in Parliament represents the good that can come out of our elected leaders. He is an avid debater who thrives in going toe-to-toe with opposing sides and never shies away from going against the grain for the public good. But in other moments like the Kibra stone wielding episode, he has shown the other side of our politicians. That in moments of vulnerability they can become what we as a nation are trying to run away from. “Tunataka kuambia Raila miaka sasa imekataa. hapana kuja huku unaweza shika kiuno ya mtoto mwenye umezaa…hio ni makosa kubwa sana,” Khalwale said at a rally in western Kenya, warning opposition leader Raila Odinga against looking for votes in the region.

Being the life of the party means a lot to the former Senator. You can spot him by the tremors in his shoulder and later on, by his one legged jigs whose infectious rates are so high that anyone within a two-metre radius gets afflicted. You can ask Bungoma Senator Moses Wetang’ula or Deputy President William Ruto both of them bitten by the Khalwale bug at different stages of their political lives.

Away from the Kibra stones, Khalwale has a lot more to offer. Unfortunately, this will fall on both sides of the scale. He will give us some good, reflective moments, as well as some utterly bad and despicable ones too, as unpredictable as his prized fighting bulls roaming the grasslands of Ikolomani.

Vardy and Maddison on target as Leicester sink Arsenal

By Abdimalik Ismail Hajir | 5 hours ago

By Special Correspondent | 9 hours ago