Thrown into a dilemma over the handshake on one hand and the interests underlying President Uhuru Kenyatta’s succession on the other, leaders in Nakuru are now taking sides.

Nakuru Senator Susan Kihika is among Jubilee leaders who have openly shown support for Deputy President William Ruto’s bid to succeed Uhuru. Ms Kihika has come out strongly against the newfound love between President Uhuru Kenyatta and Opposition leader Raila Odinga and the Building Bridges Initiative (BBI), saying it was aimed at scuttling Ruto’s plans to succeed Uhuru.

Governor Lee Kinyanjui, her political nemesis, has been cautious about the 2022 presidential succession debate, often choosing to play it safe - lest he ruffles feathers within the Jubilee Party rank and file.

Unlike Kihika, Kinyanjui has been careful in his words when attending public functions graced by the Deputy President. While most of the leaders in the meetings openly declare their support and allegiance to Ruto, Kinyanjui has been avoiding the issue like a plague.

Asked why, Kinyanjui told Sunday Standard that his focus was on delivering his pledges, and that he was yet to make a decision on the referendum clamour. “I don’t want to comment or engage in that. On the referendum, I will have my stand known in due course,” he said.

But analysts say the governor is careful not to offend President Kenyatta and doesn’t want to be caught in the war between Kieleweka and Tanga Tanga factions within Jubilee.

“Governor Kinyanjui is calculative and is aware of the cosmopolitan nature of Nakuru County, which can easily play against him when seeking his second term,” said Andrew Nyabuto, a political commentator.

Majority MPs from Nakuru and a number of ward reps have backed Ruto, citing the 2013 ‘pact’ by two major communities - Kikuyu and Kalenjin - in the county through which they voted as a bloc in favour of Jubilee.

Bahati MP Kimani Ngunjiri has been the most vocal of them all.

In January, Ngunjiri faulted Uhuru’s statement telling off leaders asking him to take development to his Mt Kenya backyard.

Mr Ngunjiri led his supporters in a procession through the town, while also blaming Raila for their woes.

Just like other Jubilee leaders supporting Ruto’s ascendancy to power in 2022, Ngunjiri said the President and his deputy have a political agreement made in the run up to the 2017 presidential election.

“As the Jubilee coalition converged in Nakuru’s Afraha Stadium and dissolved TNA and URP, we united the two warring communities and decided there will be no ethnic violence every election cycle. We were the first to do the handshake,” he said of the 2017 merger that gave birth to Jubilee.

During a tour to the county two weeks ago, the legislators led by Senator Kihika affirmed their support for Ruto.

“We haven’t forgotten. We agreed that it is two terms for Uhuru and two terms for Ruto. Nothing has changed. When the time comes in 2022, Nakuru County will stand with you. Who is this other angel being forced on us?” Kihika told the DP.

The tough-talking senator has been lashing out at the handshake, saying they will ensure Ruto is in charge of the next government whether the constitution is changed or not.

She joined hands with other women to form Inua Mama movement, a parallel grouping to Embrace Kenya, a rival lobby of women leaders supporting the Uhuru-Raila handshake and the BBI initiative.

“There was a promise if not an agreement that we will support you in 2022 here in Nakuru. That we will honour without a doubt,” Nakuru Town East MP David Gikaria said at the event attended by the DP.

Molo MP Kuria Kimani, who has on several occasions hosted Ruto, said the DP will win in 2022.

But Nakuru Town West MP Samuel Arama, who defected to Jubilee in the run up to the 2017 poll and won the seat, differs. He wants all Jubilee members to work in unity to achieve Uhuru’s plans.

In the meantime, the 2022 succession politics and the handshake appear to be key in determining the next crop of leaders in Nakuru County. 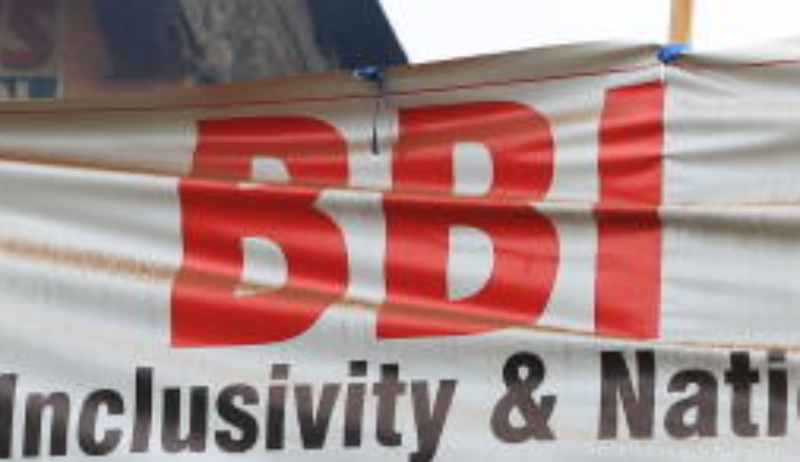 By Grace Nganga | 2 hours ago 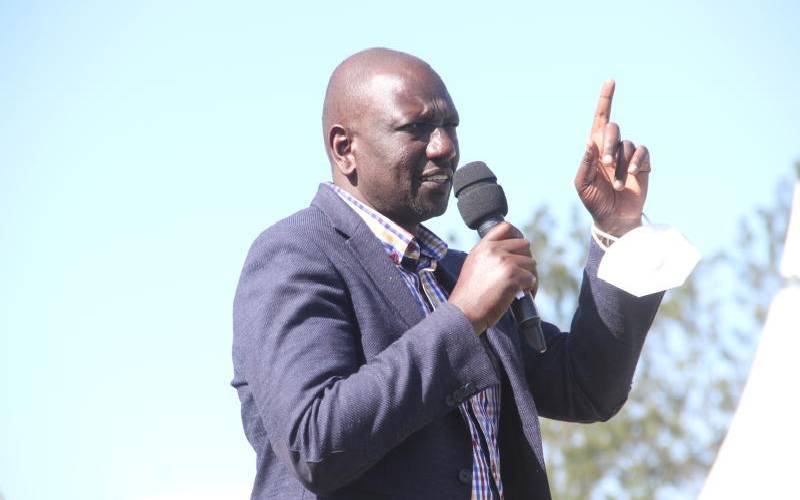 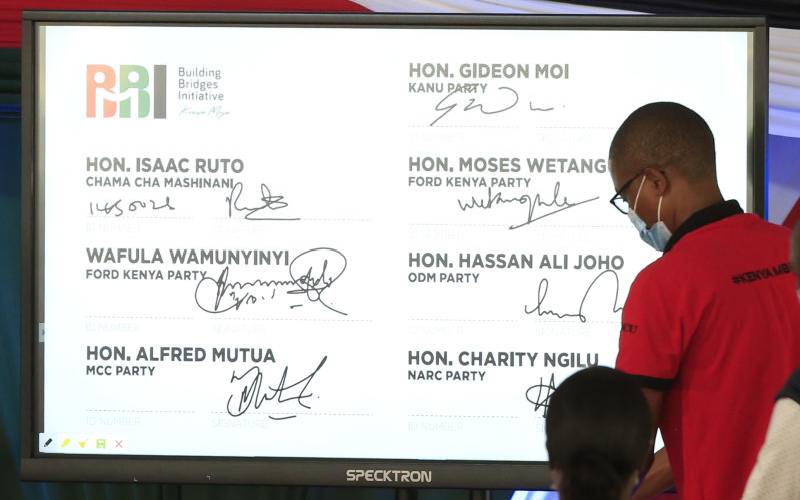