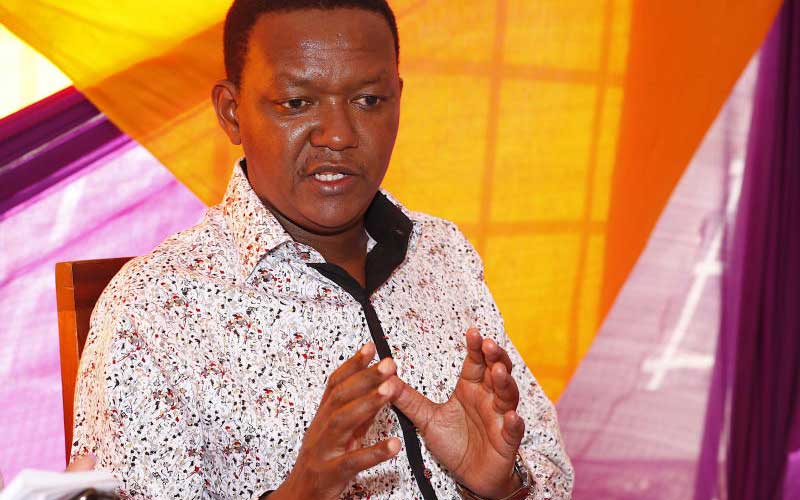 Machakos Governor Dr Alfred Mutua (pictured) has accused some allies of President Uhuru Kenyatta of sabotaging the war on corruption.

He did not name the alleged saboteurs but alluded to a group of politicians ‘roaming around the country all the time’.

"When do they work? Leaders should sit down and work,” he said.

Mutua spoke on Tuesday during Machakos secondary school heads meeting in Mombasa, saying the fight against corruption will not be successful unless fought by all leaders supporting and displaying political goodwill.

“I respect our President. He is keen to fish us out of the depth of corruption to prosperity but that is not possible because his allies are busy drilling hole in the boat as he is rowing, so he is forced to stop and start removing water from the boat,” he said.

Mutua urged religious leaders to come out and condemn corrupt individuals rather than praising them and accepting their contributions.

The governor, who has declared to vie for the presidency in 2022, called on the education ministry to include the anti-graft message in the school curriculum.

He said the move will inculcate a new moral conscience against the vice among the youth.

“We should incorporate corruption in our curriculum, so that the future generation will stop celebrating corrupt individuals and have them as their role models, they need to be removed from our system,” he said.

Mutua also asked aged politicians to give way for the younger generation.

He added that the country’s economy is deteriorating because of the same few greedy individuals who use public money to benefit their personal interests.

By Ndungu Gachane | 21 hours ago