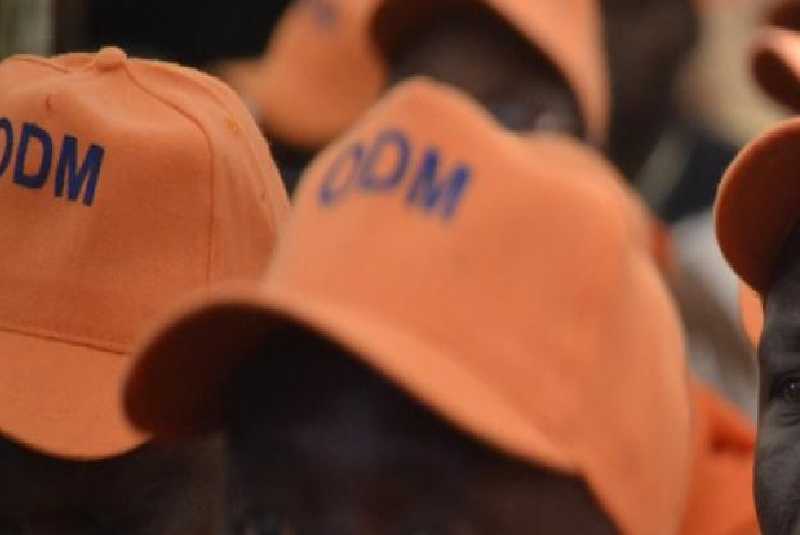 A Nairobi MCA said he was assaulted by a colleague during a Public Accounts committtee meeting in Mombasa on Saturday.

Karen Ward MCA David Mberia told members of the press that he was attacked by Public Accounts chairman Wilfred Odalo.

“I arrived for the meeting and greeted the PAC chairman only for him to rain blows on me. He broke my nose and I bled profusely as other MCAs watched,” said Mberia.

He even posted a picture of him and Raila. Mberia said this was why he was attacked by Odalo.

Sought for comment, Odalo confessed that there was a small scuffle between the members, saying that Mberia had caused dissonance during the committee session.

He castigated the Karen MCA for what he termed as ‘gross misconduct’, saying his actions could not be taken lightly.

ODM Secretary General Edwin Sifuna stated that the party had resolved to maintain the status quo with the regards to the leadership at the assembly.

Mr Sifuna said Raila had requested that the committee membership be harmonised in the next one week to ensure equity.

One MCA who requested anonymity told The Standard that ODM Nairobi chairman George Aladwa had been directed to ensure that Mr Okumu and Mr Imwatok drafted a fresh list of party members to ensure equity in committees’ allocation.

“Currently, Okumu is the largest beneficiary from committees having a total of seven while other members only have one committee. The party leadership directed that by next week each ODM member should belong to at least three committees,” said the source.

The MCA further said that after the new list is drafted, it would be sent to Mr Aladwa who would share it with Raila for ratification.