Ugly scenes of sibling rivalry in coalition parties were witnessed on Friday as NASA campaigned in the city. The rivalry between TJ Kajwang’ of ODM and ANC’s Elizabeth Ongoro was at play and almost turned violent when NASA leaders hit the road.

As presidential candidate Raila Odinga, his running mate Kalonzo Musyoka and co-principal Musalia Mudavadi made their first stop on Outering Road, supporters of the two tried to outdo each other.

In the confusion, an unknown person lobbed teargas at the crowd and the Nairobi Governor Evans Kidero, whose car was at the front, almost choked.

When the crowd finally calmed down, Raila and Mudavadi sought to endorse their candidates. “Here we are in Ruaraka and I know kuna fahari wawili wanamenya (there are two bulls fighting),” Raila said as Kajwang’ was carried shoulder high by supporters.

When the microphone was passed to Mudavadi, the ANC leader said he did not have much to say and instead passed the mic to Ms Ongoro. This did not go well with Kajwang’, who also demanded to speak, prompting Raila to ask for the microphone so Kajwang could get an opportunity to speak.

The rivalry was also evident as the entourage headed to Embakasi where Raila and Kalonzo were reading from different scripts. “Brother Raila has asked you to vote six-piece and support Esther Passaris (ODM) for woman representative post but as Wiper, here he have Rahab Ndambuki,” Kalonzo said. 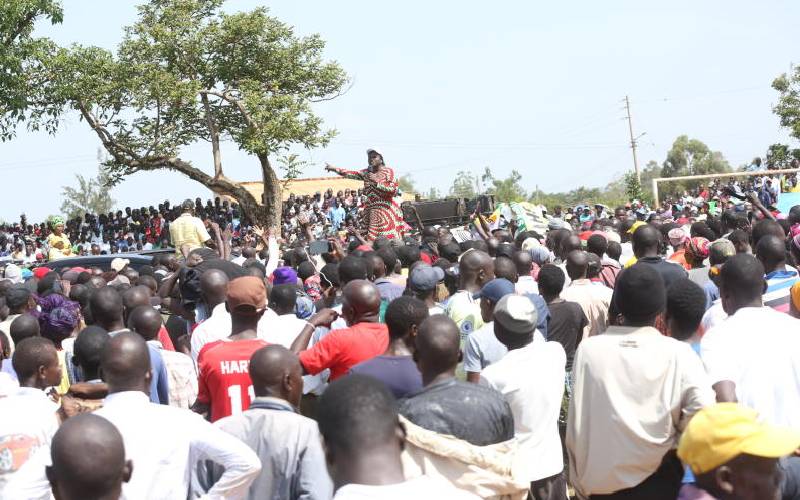 Premium Kenya Kwanza back to drawing board as sibling rivalry erupts
Kenya Kwanza Alliance, internal jostling seems to present a new headache that its presidential candidate William Ruto must deal with pronto, failure to which the consequences may be dire.
Western
By Alexander Chagema
9 days ago 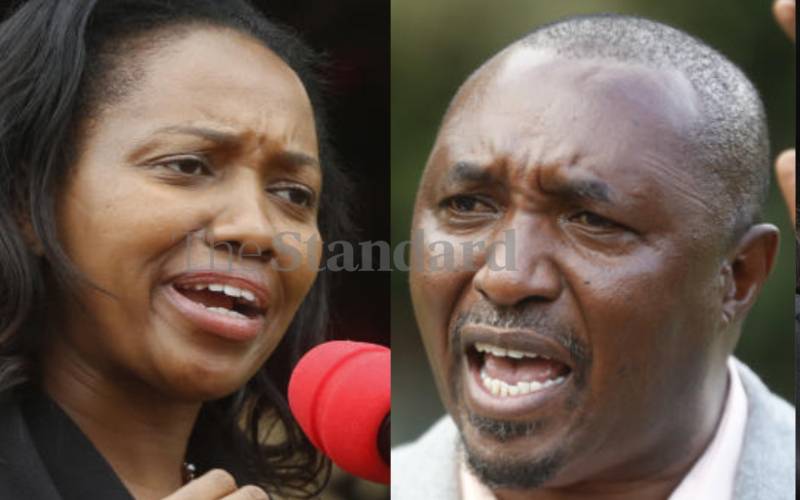 Premium Cracks in Kenya Kwanza, Azimio as hostilities erupt
Ngunjiri shocked the crowd after he openly threw his weight behind Kihika's rival for the county's top seat, Governor Kinyanjui during the Madaraka Day celebrations in Nakuru County.
Politics
By Kennedy Gachuhi
26 days ago
.

By Edwin Nyarangi 3 5 hours ago
What next for politicians who stepped down for nominations?

By Sharon Owino 3 5 hours ago
Wajackoya: A win for me or Raila is victory for western Kenya

By Judah Ben-Hur 3 8 hours ago
Premium Tongue control: Election 2022 unguarded remarks and their toll on politicians