The scramble for Rift Valley’s more than three million votes is intensifying as the new Chama Cha Mashinani (CCM), a rejuvenated Kanu and the yet-to-be launched Jubilee Party roll up their sleeves in readiness for 2017.

With less than 12 months to the General Election, CCM launched a few weeks ago by Bomet Governor Isaac Ruto, is fighting for political dominance in the South Rift.

But even as the governor fights to popularise his party while Kanu maintains it will not dissolve to join the Jubilee Party, Deputy President William Ruto is going full-throttle to ensure his does not lose his turf.

But amid the looming realignments in the region, there is every reason for the DP to get worried. Governor Ruto is aggressively marketing his new outfit, a clear indication he is all out to slice away the DP’s support base.

After winning the Nyangores ward by-election and losing in the Kericho senatorial by-election in March where he supported the Kanu candidate Paul Sang, Governor Ruto went to the drawing board and expedited registration of CCM.

Kanu to repossess its grabbed assets in Nairobi

During the launch of the party, he told his supporters he did not stand a chance of clinching the Jubilee Party ticket, hence his decision to form his own party. The fear of lack of free and fair nominations in Jubilee are expected to boost CCM’s assault.

“I cannot sit back and watch as dictatorship is entrenched by leaders who have adopted a top-down approach on issues. Kenya is a multiparty democracy and I have a constitutional right to belong to a party of my choice including participating in the formation of a new one,” he said.

Immediately after the CCM launch, the governor moved to the neighbouring Nakuru County where he was joined by Kuresoi South MP Zakayo Cheruiyot to launch the party and open a branch office.

The governor has opened branch offices in Narok South, Trans Mara and in every ward within Bomet County. He claims to have opened 40 branches in Rift Valley in a bid to wrestle political control in the region from the DP.

Pundits say CCM and Kanu are likely beneficiary of the JP-post nomination fall out.

“None of the Rift Valley MPs would dare move to an opposition party in the event of losing the JP ticket. This makes CCM and Kanu a suitable alternative because the two parties would support President Kenyatta’s re-election,” said Koigi Wa Wamwere, a veteran politician.

Kanu Secretary General Nick Salat says Kanu will be an alternative in the Rift Valley but quickly adds that the party would not ‘go to sleep and wait for a fallout’ in Jubilee.

“We have our strategy for 2017 and we are not interested in joining any political coalition ahead of the next General Election,” said Salat, assuring supporters across the country that the party was re-branding and recruiting more members in preparations to re-position itself.

Governor Ruto is also keen to woo pastoralists. He was in Isiolo where he stated his party would field candidates in all other elective positions except the presidency.

Kanu is also determined to counter the Jubilee wave. Political analyst Walter Chesang says the onslaught by the Independence party should worry Jubilee.

He cites west pokot, where Senator John Lonyangapuo is spearheading renewed push for KANU as he eyes gubernatorial seat with former Information and Communication minister Samuel Poghisio set for senate. “The county has over the years supported KANU and come 2017 Jubilee Party will not have it easy,” Chesang argues.

Dr Philip Chebunet, a political scientist said: “Governor Ruto has been in the political arena for a long time and is not someone you can ignore when it comes to political competition. The Mashinani party could significantly dent Ruto’s influence in the larger Rift Valley region,” he said. Chebunet further cautions the DP against dissolving URP.

“Dissolving URP will be adding a problem to an already existing one. This will pave way for the Mashinani party to carry the day in 2017 given that people would view JP as an intrusion to the region,” he observes.

“I still feel the move is ill-advised. Although political realignments are sign of a maturing Democratic political, forcing people to join another party amounts to stifling the democratic space,” says the MP.

But the deputy president seems determined to fight to consolidate his support in the region.

“You cannot start a party now and expect it to pick up within such a short period of time. The Kalenjin community is solidly in Jubilee,” Laboso told The Standard on Sunday.

On speculations that CCM and Kanu might be the beneficiaries of the JP post-nomination fall out, Laboso said: “As Jubilee, we want people to go into nominations knowing that the best candidate will win. Gone will be the days when a few individuals sit and hand over nomination certificates to individuals in some hotel,” adds Laboso.

By Allan Mungai and Elvis Ogina | 6 hours ago 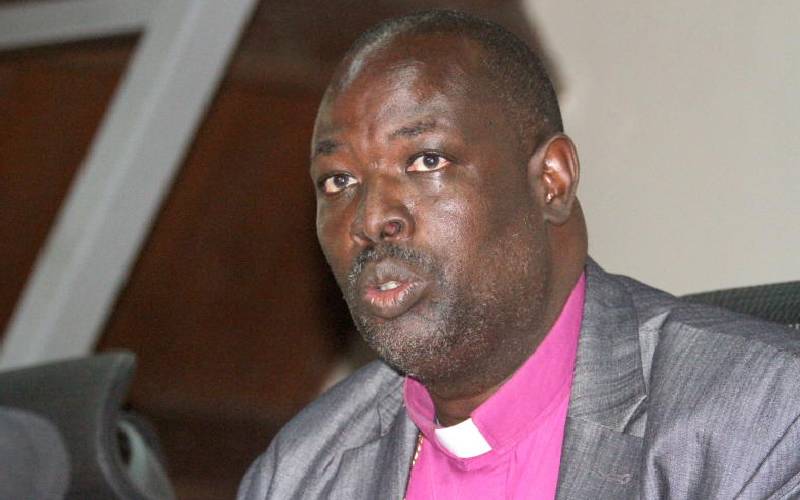