Contradictory statements by officials of the secessionist Mombasa Republican Council (MRC) have left coastal confused about its stand on key issues.

During a meeting organised by the Independent Electoral and Boundaries Commission (IEBC) last week, MRC’s spokesman Mohamed Rashid Mraja asked coast residents to register as voters for the 2017 General Election, signalling a dramatic turnaround of the group’s attitude towards elections.

Immediately, other MRC leaders came out to dismiss him and urged residents not to seek to be listed as voters, saying the government was yet to respond to its demands.

Questions have also been raised on why IEBC has enlisted the help of a group that has been outlawed. In 2013, the secessionist group was accused of violent attacks against IEBC officials in Kilifi and other coastal areas after it publicly opposed voter registration.

But last week, Mraja came out in support of the on-going mass voter registration drive. Although he declined to explain his change of heart, the official said the 2010 Constitution had brought about devolution, which MRC had been fighting for.

Kenyans reveal the unpleasant moments they went through during voter registration

I don't have power over voter register, says Nkaissery

“We have come here to promote peace. You cannot elect a good leader if you don’t register as a voter. We are here to emphasise on the importance of this ,” Mraja said at an IEBC meeting in Kizurini, Kaloleni Constituency.

He, however, said MRC would not field candidates for the 2017 elections.

“I don’t know what informed his turnaround but I have a feeling there is a certain force behind it. We have sued IEBC and until our case is determined on June 3, there is no way we can work with the commission,” said a Randu, who accused Mraja of overstepping his mandate.

The secretary general claimed the MRC spokesman was invited by Haki Africa to sensitise locals to register for the 2017 polls.

“He may have been forced to make such remarks. The government is fond of harassing us,” he said.

His deputy Richard Lewa was at pains to deny that they were forced to attend the sensitisation rally. “We are here because we have been invited by the IEBC to convince locals to register as voters. But that does not mean we have told them to vote,” he said.

The MRC was outlawed in 2009, but a constitutional court lifted the ban mid-2012 and asked it to seek registration as a political party.  However, Mraja and most MRC leaders remain saddled with many charges.  Mraja has been arrested several times in the past for inciting coast residents to agitate for secession.

MRC’s influence in the area was the main reason IEBC and Haki Africa invited Mraja to speak to local residents. A week earlier, the IEBC had reported that residents had refused to register for the 2017 polls saying they were members of the secessionist group.

“In Rabai, the commission’s clerks were turned away people who called themselves MRC members. They said they wanted nothing to do with registration of voters,’’ said IEBC North Coast coordinator Amina Soud.

Last year, MRC was accused for organising the murder of polling officials and policemen in Kwale, Kilifi and Mombasa. The killings were reported to have occurred during the March 4, 2013, General Election. In 2013, IEBC announced that the MRC anti-poll crusade resulted in only 57 per cent of people registering to vote. And of those who registered, only 51 per cent turned out to vote at the coast.

IEBC says it will not extend period of mass voter registration

Shujaa beat Portugal, knocked into the Bowl by Fiji

Kitione Taliga's last-minute winner lifted Fiji to a 24-19 victory over Kenya that knocked the Kenyans into the Bowl. 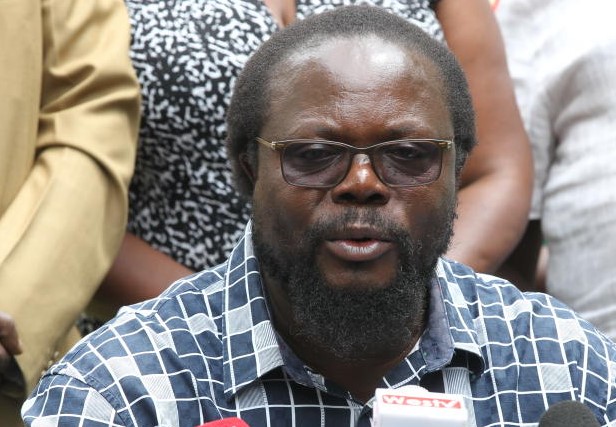 By Betty Njeru | 23 minutes ago