What we must do to step up women leadership

By Izel Kipruto and Antony Mbithi | 4mos ago

"Now sit back and watch what women can do in office," said Tabitha Karanja, newly elected Nakuru Senator.

The election of more women is encouraging since these positions hold power and influence over resources. To increase the number of women in leadership, institutions such as universities and colleges must help develop female leadership abilities, implement gender policies and research on women leadership issues.

Women in leadership at universities and colleges can encourage more female students to pursue leadership roles while fighting conscious and unconscious gender biases.

Access to women’s representation in the political decision-making processes contributes to realisation of the Sustainable Development Goals on Gender Equality. The 2010 Constitution mandates a two-thirds gender rule, which states that no more than two-thirds of either gender may serve in elective bodies.

Since 2013, Kenya has used affirmative action to achieve the two-thirds gender rule, introducing 47 Women Representative positions in the National Assembly.

The increase in female elected leaders in 2022 goes beyond constitutional requirements and shows women have the drive, ambition, and skills to access and attain positions of leadership. Women aspire to be leaders, according to data and evidence from the Education Sub Saharan Africa (ESSA) 2021 Women Leading Report. They are developing skills required for leadership and have ability and mindset to seek opportunities.

Women face numerous obstacles in their pursuit of top leadership positions. According to ESSA, the most significant barriers across all sectors are socio-cultural expectations, lack of mentorship and networking opportunities, and gender stereotypes.

Individually, some women often lack confidence in their ability to lead, viewing themselves as less qualified for key leadership positions. To overcome these barriers, the government, educational institutions, employers, and non-governmental organisations must all work together.

First, there is need to use data and evidence to determine what measures, goals, policies, and interventions are needed to increase the number of women in leadership.

Universities, colleges and research organisations must collect data on the state of women's leadership to track progress and inform appropriate policy actions. For example, ESSA has conducted research that combined understanding existing evidence from Africa and listening from over 400 women in academia both faculty and students. This research provides a broad understanding of the current situation, including the barriers preventing more women from transitioning into leadership within universities and colleges.

Secondly, we need to foster an environment that is positive, inclusive, and supportive of women. This could be accomplished by putting in place infrastructure and policies that will allow women to excel in their careers and as leaders.

Third, there is a need for women's leadership development programmes. Leadership programmes significantly contribute to development of soft skills for female leaders transitioning from technical experts to leaders.

According to research, a combination of hard and soft power is necessary for leadership development. Communication, flexibility and patience are important soft power traits of strong leaders, as are hard work and confidence.

Fourth, mentorship programmes are essential because they boost self-esteem and professional skills. Mentorship programmes have a positive impact on women's leadership development, according to ESSA evidence. Additionally, women prefer programmes that are short and provide them with desirable skills.

Finally, role modelling has an undeniable impact on women in leadership. It provides an identity and a sense of belonging in leadership, fostering a personal connection among women.

According to research, the presence of women in local level leadership positions has a positive impact on girls' career aspirations and educational attainment. When women see other women in positions of power, they are much more likely to believe they can do the same. 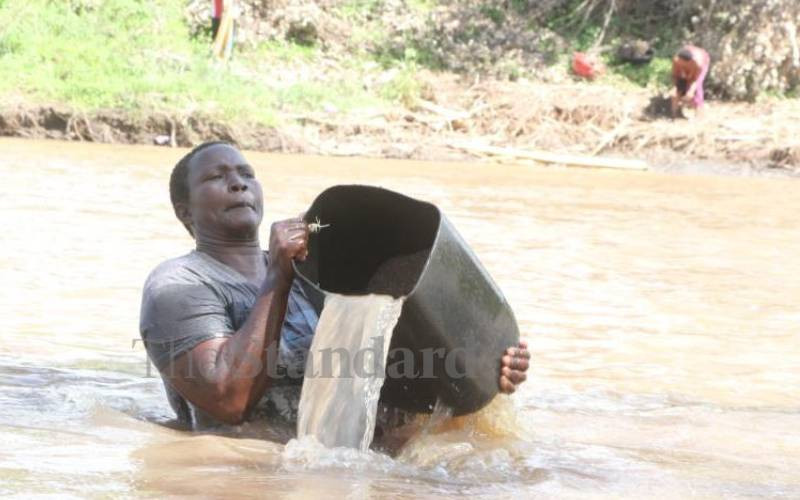 Premium The rise of Kenyan women: History says they are good political leaders
National
By Edward Buri
4 months ago
.

Fishermen suffer losses as climate change hurts fish species
Nyanza
By Harold Odhiambo
2 hrs ago
What re-insurance does to stabilise a country's economy
Opinion
By Michael Mbeshi
3 hrs ago
Ovarian cancer in young women is remote but not impossible
HEALTH
By Dr Oliver Kiaye
3 hrs ago
Premium Did you know just-born babies can crawl up to the mother's breast?
Health & Science
By Nancy Nzau
4 hrs ago
.