Personal greed for power must not put this beautiful country asunder

By Patrick Muinde | 3d ago 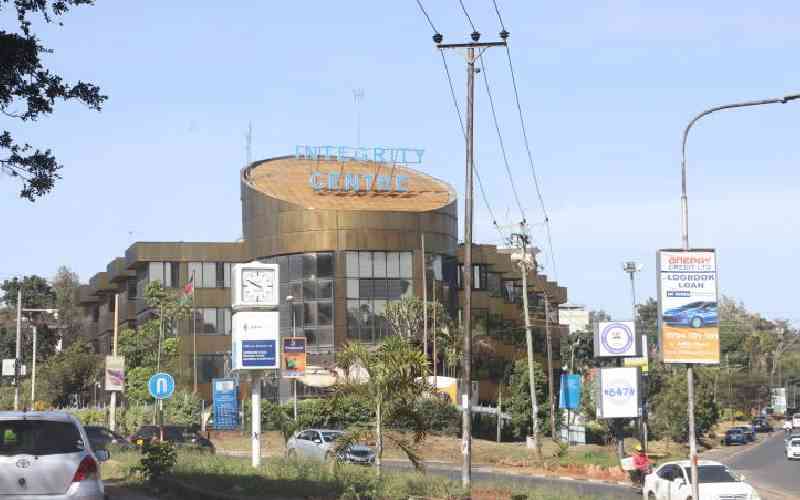 We, the people of Kenya, are equal heirs to the bounty and plenty of the land as we affirm it on our National Anthem. Besides We the people, nature has also gifted us with flora and fauna that many other nations of the world can only dream of. This too we owe them a duty of care.

It is a sad reality that six decades into our self-rule, the sacred exercise of the sovereign will of the people has to be a very tense and uncertain moment. There are already muted indications that folks are fleeing their places of work and residence ahead of the elections day. Others are hoarding foodstuff fearing they may not be able to go about their usual businesses freely once the results are out. The religious community, civil society and members of the diplomatic corps are earnestly urging for peace after the elections.

Yet, not long ago, this nation was an oasis of peace amidst civil unrest and coup d’état’s against democratically elected governments. The question that we must now ask is when did we sink this low as a country? The three weeks of utter madness post the 2007 General Election must remain a poignant reminder of how quickly a society can disintegrate in a twinkling of an eye.

In an article weeks ago, I demonstrated here that there is empirical evidence that the quality of national leadership matters a lot in determining economic growth and development. Further, emerging evidence suggests presidents can utilise the immense powers vested in the presidency to not only influence but also to dictate public policy and/or direct a majority of their followers towards a given course of action.

The tragic cases of baby Samantha Pendo and Stephanie Moraa in August 2017 must be the last signal to the political combatants of the excesses and limits of individual greed for power. In this year’s election, we must put behind us this dark cloud of national shame and collective guilt. We betrayed Samantha and Stephanie of the duty of care we collectively owed to their innocent souls.

The other logical questions that we must ask are: one, who should bear the biggest burden in the circumstances? two, what lessons have we learned from these incidences however painful they are? and three, what must we do going forward to assure that such shameful acts of inhumanity do not recur again?

The primary responsibility to a peaceful electoral outcome, first and foremost, lies on the individual candidates. Offering oneself for a competitive electoral position comes with huge risks, emotional attachments, financial burden and a responsivity to your supporters. If one made a conscious choice to jump into it, then it is expected that one has adequately counted the cost. Putting innocent people and supporters in the arms way is not an option nor is it justifiable no matter what.

The presidential position has been at the centre of the skirmishes in successive elections since the inception of multiparty democracy in 1992, except for the 2002 General Election. It is in order to remind the candidates that the vacancy is for only one person, against the four cleared to run. At least three candidates must lose for the country to know who their 5th president is.

The second greatest bearer of responsibility in this election is retiring President Uhuru Kenyatta. For the past four years, President Uhuru has portrayed himself as the good guy, preached peace and never missed any opportunity to explain the extreme ends and sacrifices he has had make to secure peace and harmony. The people have heard him loud and clear, but the moment of truth has come for the president to let the people decide who there next leader is. As of now and up to the minute the next President is sworn into office, the president wilds the instruments of power and owes the nation a solemn duty of care.

Yes, we all respect the democratic rights of the president to make a choice of his preferred successor, but it is not upon him or any other state functionary to decide who wins the election. Abraham Lincoln is quoted saying: ‘Elections belong to the people. It is their decision. If they decide to turn their back on the fire and burn their behinds, then they will have to just sit on their blisters’. That is the price of democracy. Whoever wins on the ballot, we all are obligated to let it be and live with the decision of the majority.

It is time to take cues from the region. In March 2015, Jonathan Goodluck lost the election despite being the sitting president of Nigeria and moved on. A year later in Ghana, the sitting president John Mahama lost the election in December 2016 and conceded to the winner Nana Akufo-Addo. In Malawi in 2020, the incumbent Peter Mutharika lost to Lazarus Chakwera in a re-staged rerun of the presidential elections. In August 2021, Hakainde Hichilema won against the incumbent, Edgar Lungu, to become the eighth president of Zambia.

These peaceful transitions of power from an incumbent are clear indicators that the era of the invincibility of African presidents is behind us. In the years gone by, Kenya was the leader in the region for tranquility and nurturing of the African democratic space. All these leaders who handed over have been colleagues with the retiring president within his 10 year reign. In addition, the country lost its 2nd and 3rd presidents, reminding each one of us of our mortality no matter what positions anyone may hold in this country.

The final bearer of the greatest responsibility for a peaceful transition is the chairman of the Independent Electoral Commission (IEBC), individually and collectively as a commission. The commission and all its officials have a sacred obligation not only to remain a neutral referee, but also to be seen to be so. As of now, they have given an assurance that all the logistical work is done or shall be complete to the finer details long before voting opens on Tuesday at 6am.

After facilitating all those eligible to vote to cast their ballot, theirs is only to tally, report and declare the winner. IEBC owes it to our children to get this job done faithfully and at the earliest for them to resume their studies. The people of Kenya are paying top dollar unlike any other nation around the world for the commission to just do that. A single polling station, the final tallying centre as per the electoral laws in the country is capped at a maximum of 750 registered voters.

To the best of my knowledge, the commission does not enlist illiterates or numerically challenged individuals as election officials.  Trained teachers and at least college level graduates are the only ones who make it to the list. Therefore, there cannot be any justifiable reason why these officials cannot tally and report votes cast for the presidential candidates within hours of closing the polls at 6pm. Of course, this is unless they are engaged in some monkey business after the polling stations are closed.

Finally, both the candidates and the voters must be alive to the times and the season we are in. As we exercise our most sacred obligation to the nation, we must remember the economic ghosts of Covid-19 and the turbulence of both our internal leadership failures and external shocks are alive and with us. The economy is hanging on an extremely thin line towards recovery. Any slight post-election shock could spin us tumbling down into the abyss. God bless Kenya!

If you fail to cast your ballot, you will end up with a bad government
Opinion
By Suleiman Shahbal
1 min ago
Premium Lesson for us from disciples of Jesus' election to replace Judas
Opinion
By Job Naibei
31 mins ago
Vote for upright leaders, vote for better tomorrow
Editorial
By Editorial
1 hr ago
Premium We have 150,000 officers set to keep the peace Bruno Shioso
NEWS
By Hudson Gumbihi
1 hr ago
.

By Suleiman Shahbal 1 min ago
If you fail to cast your ballot, you will end up with a bad government