IEBC has some explaining to do on Venezuelan

By Cooperative Bank | 2mos ago 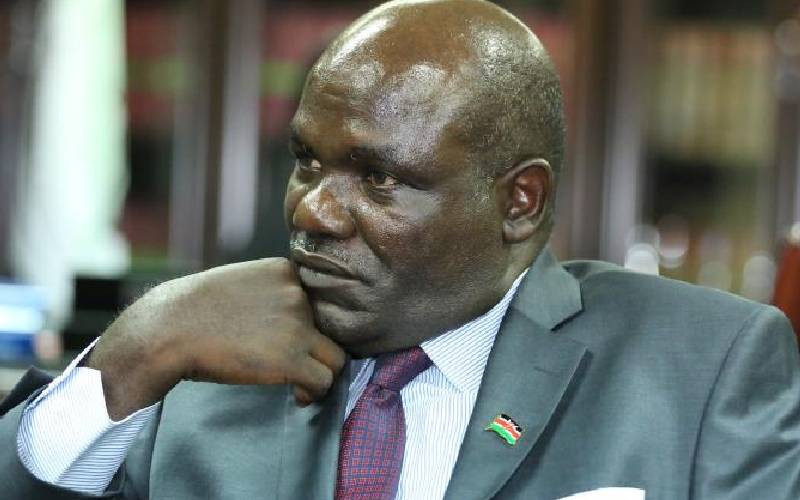 The electoral commission is clearly not being honest on the issue surrounding the Venezuelan expert and his luggage at the airport.

None of the two official statements released so far by Independent Electoral and Boundaries Commission (IEBC) Chairman Wafula Chebukati have addressed the cause of police involvement in the matter.

Instead of answering these questions, the first official statement released by IEBC in the dead of night went on a warpath. By the third paragraph, Wafula Chebukati was already breathing fire calling the decision to detain the Venezuelan and two other officials, an act of intimidation.

In the last paragraph, he was on a rampage; ‘the commission is concerned about this unjustified intimidation and harassment…’.  Yet, that statement should have explained the circumstances under which the man had to travel with such sensitive material as personal luggage.

More importantly, why was the schedule of arrival not communicated to the media as a partner in this process?

The identities of the Venezuelan and two other IEBC officials who were detained has not been made public for scrutiny. However, IEBC continues to claim they are critical in the deployment of technology for the forthcoming General Election. Who are they, and how exactly are they involved?

The incident reminds us of a near similar occurrence earlier in July when the first batch of election materials arrived in the country. The arrival seemed so sudden that the first time it was communicated to the media it was just a few hours before their arrival. Mr Chabukati had to leave in the middle of a stakeholder engagement to receive the luggage at JKIA.

At this stage of the election process, nothing is more important than effective communication. An election must not only be free and fair but must be seen to be so. All stakeholders must be satisfied that everything is above board and there are no behind the scene maneuvers.

The IEBC chairman has repeatedly reiterated how they are planning to use the media to enhance the transparency of the election. If the luggage had escaped the eyes of the JKIA officials, then it is possible that we would all have been in the dark about the arrival of the materials. While we wait on the police to come clear on the other allegations raised by Chebukati, IEBC itself must establish a cordial tone.

The onus is still on it to come clear on the opaque delivery of materials. Then we can turn our eyes to the police.

Premium Azimio team faces perilous political future after election loss
Barrack Muluka
By Barrack Muluka
22 mins ago
What Kipchoge needs to lower the world record
Athletics
By Jonathan Komen
51 mins ago
How to get past office politics
Sunday Magazine
By Esther Muchene
1 hr ago
Premium Muthama: How we built the biggest party to win presidency
Politics
By Jacob Ng'etich
1 hr ago
.