Why Martha Karua's principled stand on issues is not anger

Barrack Muluka’s biased opinion, for that is what it was, on Martha Karua’s alleged temperament cannot go unchallenged.

To downplay Kenya Kwanza presidential candidate William Ruto’s outbursts, he attempts to paint Ms Karua as unqualified to speak on Dr Ruto’s anger, never mind that he (Ruto) has indeed confirmed that he is angry. But he misses the point on the type of anger in question.

The anger in question, regarding Ruto is anger coupled with threats, against his current boss Uhuru Kenyatta and even against a hapless youth in a public rally. It is out-of-control anger which is no doubt dangerous in the management of a country’s affairs. It is anger that manifests as high-handedness and intolerance.

This is in sharp contrast to the principled and justified positions that Karua has taken in the past and which Muluka unfairly attempts to now paint as anger. In attempting to do so, however, his article not only comes out as biased but also fails the test of objectivity.

Take the case of walking out of Moi for example. It is on public record that she made the unprecedented move out of the frustration of being undermined in her own constituency in front of her people. She never lashed out at anyone neither did she threaten or call anyone names.

Instead, she walked out, head held high, and by doing so, cemented her place in history as one of the few principled and courageous women willing to risk it all for respect. It is a trait she has continued to date.

By resigning from the Kibaki administration, she followed best global practice by taking a hitherto unlikely position of accepting that she and the government she was serving were at a crossroads and she therefore could not in good conscience continue to serve in it.

This is in sharp contrast to Ruto. For the last four years, he has opposed the same government that he is serving while he continues to enjoy a government salary and largesse. This not only speaks to dishonesty but is a lack of integrity on the position holder.

Unlike the Deputy President, Karua was willing to forfeit the power and privilege that came with being a government minister to allow the appointing authority to work with someone whose vision at the time was aligned.

Resigning on principle should therefore be commended and encouraged. It is a mark of integrity and consistency as opposed to holding a position and drawing a salary from the public while knowingly offering no service at all.

In his attempt to divert attention from Ruto’s outbursts, Muluka also drags Raila to the anger conversation. Never mind that Raila is a person who is known for a forgiving heart and putting the nation first as demonstrated by the handshake.

He is able to move forward in a statesman-like manner even after setbacks. Even at the height of disagreements and complaints about lack of consultations during the grand coalition government, there was no name calling or disrespect to his co-principal, our then President Kibaki.

We never witnessed any exchanges between Raila and Kibaki. Whatever issues would cause a lack of consultation were resolved in private enabling the coalition government to last its course.

It is, therefore, not only unfair but also unreasonable to drag the Azimio principal and his running mate into Ruto’s anger management issues. This is a bare attempt to sanitise Ruto’s recent unexplained public outbursts.

Across the article, Muluka seems to confuse Karua’s action against the political grain with anger. Karua may not smile as much as some do but she has a reputation of consistently being even-handed in the management of citizens' affairs and that’s what she is promising.

Whether it is her stance against BBI which was validated by the courts, her seeking legal redress over electoral injustices or her views on public issues such as corruption, Karua’s biggest drive has been her commitment to the country, rule of law and civic duty. If this is anger, then we need more of it. But none of that will ever be threats to intimidation to her seniors or members of the public.

Kenyans, however, would be justified in being angry. Every day, an equivalent of Sh2 billion is being lost to corruption. Resources meant for dams, schools, education have been diverted to the detriment of development. Corruption and lack of integrity have become the twin evils facing the country. 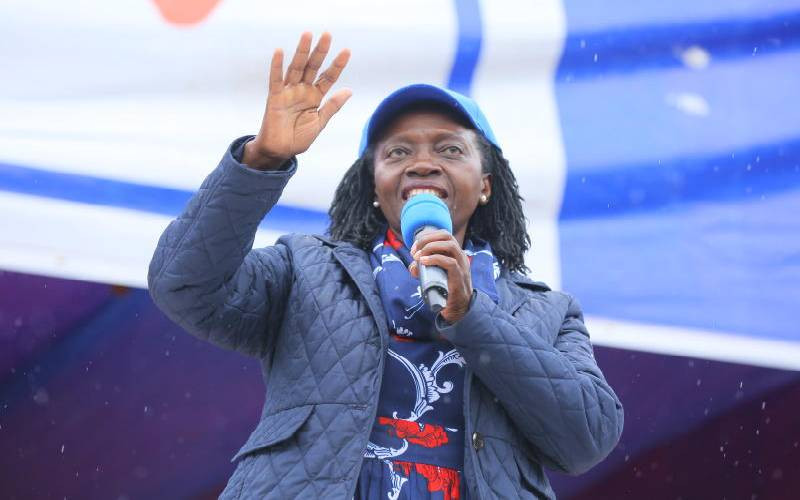 Martha Karua: Why Raila is the best candidate for president
“There is no one who has qualifications to be Kenya’s next president except Raila Odinga,” she said.
National
By Fred Kagonye By Fred Kagonye
1 month ago

Premium Why Karua will make best Deputy President
Martha Karua has never walked out on the ones who have given her the mandate to lead - and that is the people.
Opinion
By Daisy Maritim Maina
2 months ago 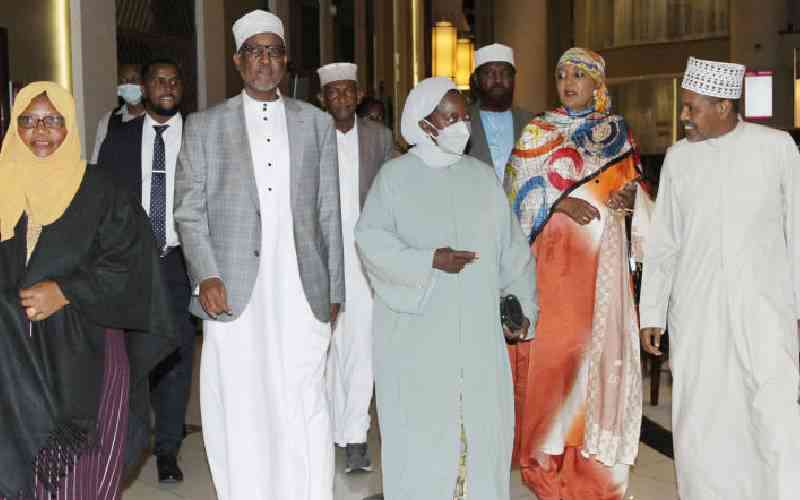 Karua promises to be fair even to opponents
Karua said of the four presidential candidates, only Raila understands the challenges facing the Muslim community.
Politics
By Edwin Nyarangi
3 months ago 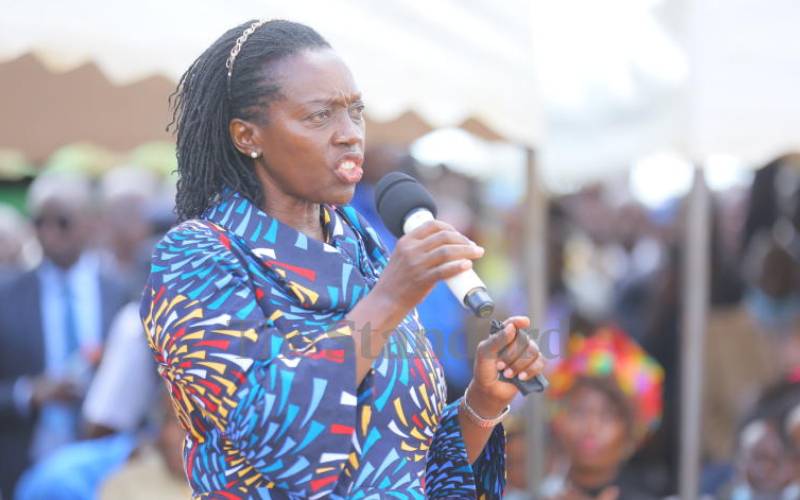 Vote for us because of our development record, Karua tells Tharaka Nithi
Karua said it was time for people to "repay Raila who had put the interest of Kenyans ahead of his own when Kenya degenerated into post-election chaos".
Politics
By Phares Mutembei
3 months ago
.

Hockey: Strathmore University cement top spot after win over Lakers in Kisumu
Hockey
By Washington Onyango
46 mins ago
Premium Girls threw panties at me my first time on stage
ENTERTAINMENT
By Boniface Mithika
51 mins ago
CBC has too many challenges; let us try holistic education
Opinion
By Wilson Sossion
1 hr ago
Kayole couple in court for stealing day-old baby
NEWS
By Lilian Chepkoech
1 hr ago
.