Unless we kill graft, there will be no role models in future 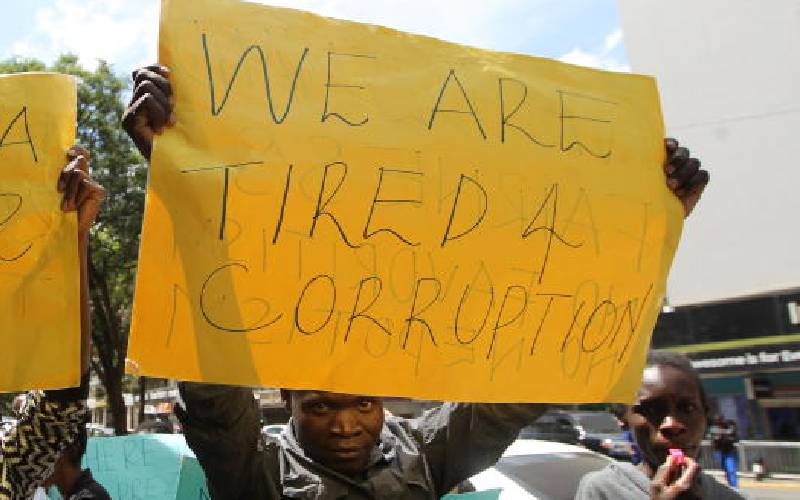 I grew up at a time when those who had made it to university and colleges were the pride of the village.

Theirs was the time when their HELB allocation which they called ‘boom’ was enough to give them a taste of the life they looked up to and still spare something small for their aging parents. These are the men and women who inspired our villages and made education a worthwhile investment. If a permanent house came up, it was almost sure, that a young man from the village was now eating the fruits of his academic sweat.

It was not boastful pride. It was a source of pure inspiration that motivated many to persist in their educational quest. The engineers of today were motivated by the engineers of yesteryears. So are the teachers, lawyers and politicians among others. That was a beautiful Kenya that now remains in history. We are now in a country where someone earning Sh20,000 a month would have nearly Sh300m in his account and whose source he cannot explain. This is the same person who would be putting huge mansions in the village while his neighbour with two degrees in the pocket is somewhere in Industrial Area, hanging by the gate hoping that the day would be different.

We are in a country where a court clerk could be wealthier than the judge without any tangible business or investment. Even in the recent party nominations, a banker who is accused of stealing millions from his clients was among the nominees. Our parents told us to work hard in class so that we can have a better future. What are we going to tell our children now; when those who worked hard in class cannot afford a meal while their truant classmates are eating life with a big spoon.

You may not imagine this, but there is a doctor somewhere who does not have a job. Who would look up to him? Thieves are the new role models. In short, if we do not claim back the glory of academics and genuine entrepreneurship, we would be breeding a country of thieves. It is unfortunate that even the church that was the hope of the world has been entangled in the web of corruption.

Private firms have not been spared too. It is a competition of who would get to the jar first while putting the junior employees at the danger of losing their livelihoods. How I wish we lived true to the words of our national anthem that espouses hard work as the panacea to our success as a nation. It is possible for us to have a country where everyone has an equal chance at life.

Writer is anchor at Radio Maisha

By Editorial 3 21 hours ago
Zoning an affront to aspirants, democracy