Ezra Chiloba must avoid threats in push for 'sim' registration 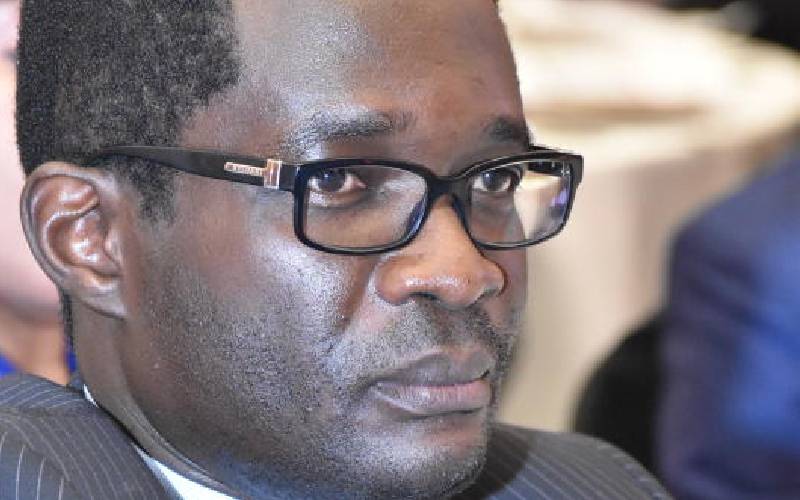 The New Communications Authority Chief Ezra Chiloba has blindly joined the bandwagon of top Government officials who threaten too much.

He seems to have little regard for history. The same Kenyans he is threatening are the same that told the Government to its face that ‘Huduma Number is not going to work anytime soon’.

We are in 2022 and I being among the few who registered, have already misplaced mine without ever using it. Though the Government claimed that over 36 million people registered, the Spokesperson nearly let the secret out when he claimed that by last year only 10.3 million had been printed and 7.3 million picked.

A good percentage of Kenyans snubbed the process. Not that the process was unnecessary, but the Government bullies seemed to love threats more than civic education. Kenyans have always been adamant that they only fear God and hot porridge. Otherwise, as the meme goes, they will enter gates written ‘mbwa kali’, urinate where it is written ‘usikojoe hapa’, enter toilets written ‘staff only’ and push doors written pull and vice versa.

There are a lot of compelling reasons to why Kenyans should register their sim cards but no one is pushing them. Kenyans are asking very pertinent questions too. For instance, Mpesa in itself is like a banking product, could it be that Safaricom has offered these services for years without following the simple KYC-Know Your Customer Principles.

How then, does it remember to wish their clients happy birthday and give 1GB data. One the most important principles when communicating change is to ‘define the objective’. There is actually whole course on ‘Communicating Government Policy’. Some countries have it in policy too. There is no doubt that the Government has some justifications for the process. However, it has too many details already and needs to explain why it needs more.

The Huduma registration for instance was supposed to be a single source of truth. Billions of shillings were spent and the millions that heeded the call were genuinely hoping for efficiency in government services. It has never happened. Even if we agree that the process is necessary, a government cannot just bombard 30 million people with a new requirement and then go ahead to issue a deadline.

A few providers already devised efficient ways of doing the registration online. If CA has no problem with that, it should be the norm across. Kenyans have been lining up for too many things already. They queue for fuel. At the supermarkets, they queue to take advantage of cooking oil offers. At the party nominations, they queue only to learn that their opponent already has a direct ticket. There will be longer queues come August. CA should just make the whole process easier.

Premium Why you don't have to vote for all six positions
Explainers
By Ibrahim Oruko
21 mins ago
Premium A watershed moment: Another chance for us to get things right
Andrew Kipkemboi
By Andrew Kipkemboi
1 hr ago
Democracy is more than electing Raila or DP Ruto
Politics
By Edwin Wanjawa
1 hr ago
Kenya's chase for relays medal fails to takeoff as expected
Athletics
By Dennis Okeyo
2 hrs ago
.

By Judith Oloo 8 hrs ago
Please cast your vote wisely; we owe our children a peaceful transition

By Editorial 8 hrs ago
Compensate victims of 1998 embassy bombing