Much ado about nothing, as Prezzo UK and his deputy Bill Ruto feud

By Peter Kimani | 11mos ago

Prezzo UK is a man of his word. Well, he might not keep track of every promise he makes to the nation, like the free solar-powered laptops that he promised in 2013, and were only delivered in… Were they ever delivered, by the way?

Perhaps a gadget of sorts was delivered, at some point in his long rule. But that’s not important. What’s important is that he kept his word. This week, he kept yet another word, by joining in the political fray, as he has been promising for a while.

“Bring it on!” his deputy, Man Ruto, appearing diminutive is a sea of black and yellow, somewhere in Vihiga, cajoled. Ruto had hoisted up a van, as he has been for a year or more.

Prezzo UK had referenced the juu ya gari political elite who talk as others work. This is a paraphrase:

“My fellow Kenyans, take no heed of the idle men that roam our land on top of cars and claim credit for the wonderful things achieved by this administration.”

For some strange reason, Ruto felt unfairly targeted, wounded or both, and so he decided to explain that he had been busy building the nation, from the top of his car, even though he had not been directly named. I would have thought it made perfect sense for Ruto to say he was helping promote domestic tourism by sightseeing the marvels of this great land. And that’s enormous work, by the way.

In any case, we know Ruto does not ride a tinga tinga, the sort of vehicle that does actual work, without the driver moving much. But this kind of contraption requires the driver to sit still and stay silent, only waving when making crucial turns.

But Ruto moved swiftly, without warning. “I want to tell our friends,” he started, his voice sounding a little raspy, perhaps because he wasn’t used to calling his boss, “our friends,” especially since their friendship evaporated a long time ago.

Anyway, Ruto went on to enumerate highlights of what he thought were the success stories of the Jubilee administration. He was at the vanguard, he said, of such projects as roads, electricity…

Let’s pause there for a second. We know the Jubilee government has inaugurated many road constructions, but roads are meant to facilitate movement, not hinder it. How many times have motorists stayed overnight in strangulating gridlock, some lasting up to eight hours, to cover a mere 20 kilometres? Are those the roads that Prezzo UK and his deputy are bickering about?

Let’s accept and move on… Electricity. Okay, you mean light or darkness? At times, people can get hallucinatory, for if the milestone references some nonsense called “Last Mile,” where concrete poles are being pivoted to add more to an unstable, overstretched national grid, but not solar energy that abounds in this land of sunshine, we know something is wrong with our vision.

But since Ruto is a man who displays occasional religious proclivities, he allowed some concession. If there are mistakes that have occurred in the Jubilee administration over the past 10 years, he started carefully, before veering off to a crescendo of kiburi.

Only he, he repeated, only he and his associates can right those wrongs. Surely, one can’t stand on the two sides of an argument. You are either the problem or the solution. You can’t be both. We know that, too, so Ruto was right on one count: hakuna haja ya kusumbuana. 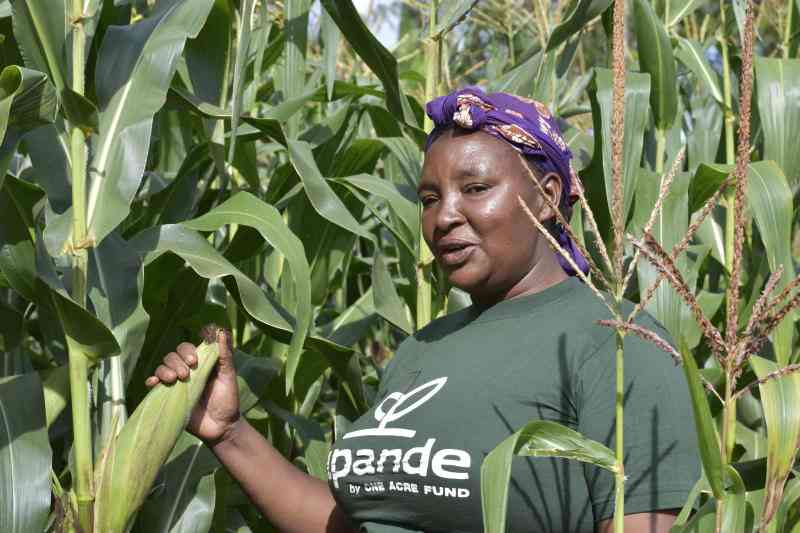 By Mactilda Mbenywe 3 hrs ago
Premium Brace yourselves for hot weather and health risks, experts caution