How to make fisheries sector profitable

By Justus Wanjala | 1yr ago 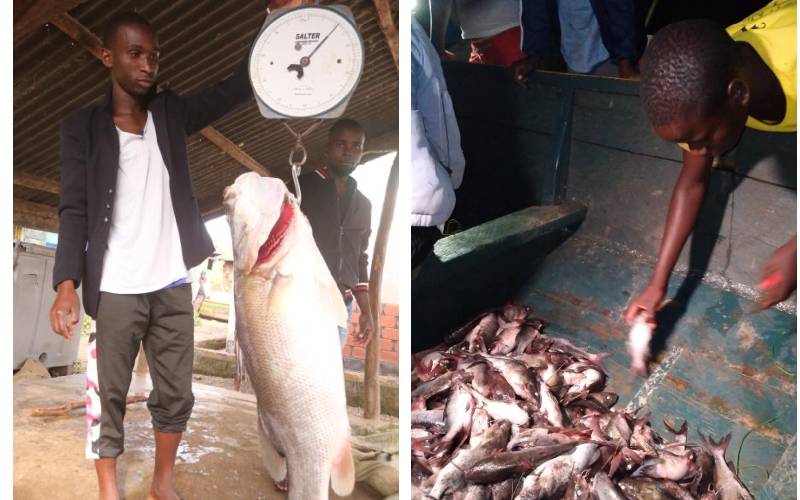 The conversation about banning cheap fish imports to Kenya from China has been ongoing. It was initiated by President Uhuru Kenyatta in 2018 at Strathmore University as a response to demands by local fish traders for protection.

The plan by National Assembly Committee on Agriculture to initiate a legislation to restrict importation of fish from China is just the latest. If not properly thought out, it is bound to fail just like others.

China dominates importation of Tilapia to Kenya, accounting for 70 per cent of fish shipment in 2020. China’s success as a fish supplier is down to Kenya’s growing demand for fish coupled with a struggling local fish industry. And Chinese fish is cheaper. On average, Tilapia from China retails at Sh230 per kg compared to locally produced one at Sh350.

According to 2019 fisheries statistics, Kenya produced approximately 150,000 metric tonnes of fish against an annual demand of 800,000.

Our fisheries industry is dominated by the capture sector which has witnessed significant decline. Inland fresh water fisheries account for approximately 70 per cent of the annual national fish supply, with Lake Victoria dominating, and unable to meet local or international demand.

The widely publicised water hyacinth menace has been a thorn in the flesh for fishers at the lake which has immensely contributed to reduction in catches. A lasting solution to the weed will go a long way to improve fish catches in the lake.

To boost catches from Lake Victoria, the community has turned to fish cage culture, which presents sustainability concerns. There is an imminent danger of uncontrolled pollution from cage culture, and given the lake is a shared resource by three East African States, harmonisation of the international policies with regard to cage culture, should be considered.

The marine sector on the other hand contributes a meagre 16 per cent of national fish supply, despite having a long coastline with 200 nautical miles of exclusive economic zone (EEZ). Unfortunately, Kenyan fishermen can only access less than 5 nautical miles of the EEZ, leaving the rest to be exploited by huge international ships. As long as Kenya remains without sufficient fishing vessels, foreigners will continue to eat our lunch.

Like many other countries, Kenya has turned to fish farming to mitigate its failing capture sector. The aquaculture industry is still at its infancy, and unless well supported by appropriate policy and enough funding, it will not adequately meet the gap in demand.

Aquaculture currently contributes a meagre 13 per cent of the local fish supply. The industry is characterised by low adoption of technology and high cost of inputs, unreliable infrastructure for fish production and sustainability concerns.

Through International Fund for Agricultural Development, the government is implementing an Aquaculture Business Development Programme (ABDP). The project is being implemented in 15 counties and is aimed at revitalising the industry.

Fisheries policies should be steered towards making it cheaper to produce fish locally to ensure the local catch is competitive at home and internationally.

Streamlining the fish value chain could be realised through new technology and subsidies on inputs through an e-voucher system, as well as access to cheaper source of energy.

This will lower cost of production and allow stakeholders to make profits from their fish. We might not need to ban Chinese after all, we can simply price them out of the market.

By Harrison Muriuki 29 mins ago
Riggy G: Drumming for support
.