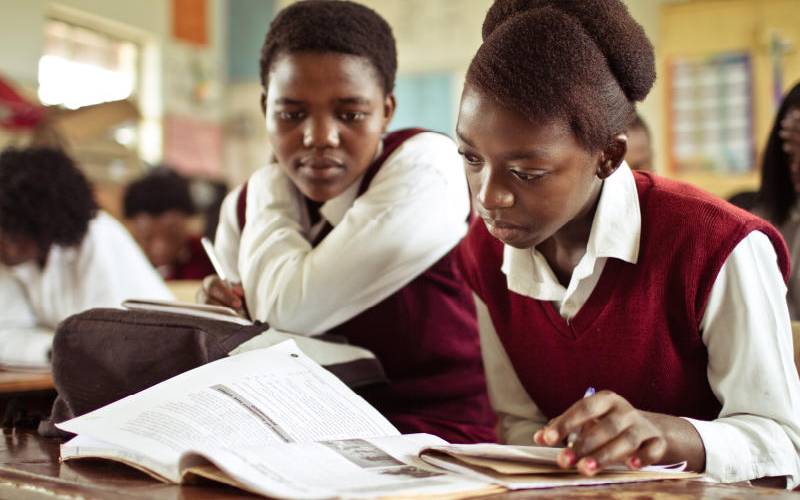 Last week, the Competency Based Curriculum (CBC) was taken a step further when structures, policies and the implementation report was presented to President Uhuru Kenyatta.

At the official handover ceremony, the president termed the report a turning point in our education system, and rightfully so.

While Kenya had curriculum reviews in 1965 and 20 years later in 1985, it has been nearly 35 years since the last changeover.

CBC has been with us since 2019, but it is only now that a clearer picture of the new curriculum is beginning to show.

While the 8-4-4 curriculum has been with us for almost four decades, churning out thousands of Kenya’s current crop of professionals and experts, the system has been far from the best.

For starters, it has been criticised for churning out jack of all trades but masters of nothing due to its broad in coverage. Many adults today have argued against the system, lamenting its unevenness to their respective career paths.

Secondly, the system has been criticised for driving cramming over mastery of content, producing graduates with high grades on paper but little to no expertise on the subject matter.

Nevertheless, while the some Kenyans have the curriculum to thank, change has been inevitable.

The first cohort of the CBC will join the workforce in 2032.

The CBC sets the stage for a rebirth in the education of Kenya’s future workforce. Notably, under the new system children spend their first two years of study in a pre-school environment.

This will be followed by six years of primary education, another six years in secondary school and a further three years in tertiary learning.

Communication, collaboration, critical thinking and problem solving will be among the top pillars of the new system in addition to digital literacy and self-efficacy.

As part of the fix to memorialisation, certification currently represented in the KCPE and KCSE certification will be tweaked for more gradual assessments, getting rid of one-off summative tests.

Learners will be assessed yearly between grade four and six for a total score of 60 points before a summative test at the end of the period to round off the assessment.

Learners picking a specific career path after Junior Secondary School (JSS) which runs to the eleventh year of learning.

Learners picking STEM (Science Technology, Engineering and Mathematics) courses will have the option to specialise in pure sciences, technical and engineering studies and technologies.

Students picking arts and sports science-centred studies will have the choice between sports science, performing and visual arts.

The last cohorts specialising in social sciences will have languages and literature and business studies to choose from. The new system also features pre-technical and pre-career education and better integrates technical and vocational education and training (TVETs).

To foster the new curriculum implementation, the Government has created a new Curriculum Implementation State Department under the wings of the Education Ministry.

With bench-marking from similar systems in Canada, Israel, Japan, Germany, the Netherlands, South Korea and even neighbouring Rwanda and South Sudan, the government will be hoping the change can tip the scales of impacting knowledge and expertise.

The education curriculum is among factors that determine a country’s economic trajectory. Just like in the exchange of goods and services, demand features widely in defining the labour force.

The concentration of workers in just one sector, for instance, causes greater unemployment and lower compensation.

In contrast, better and diverse training results in higher competencies and wages for workers.

Economists have previously argued that education is a major distinguisher between developed and developing economies, with highly competent workers being able to take up opportunities in new and emerging industries such as science and technology.

The CBC can therefore be the ultimate game-changer, redefining not just the education landscape but also the economy.

Over-arching issues such as youth unemployment which have hit hard at demographics aged between 20 and 29 years can be partially fixed through a rejigged curriculum.

Today, Kenya is struggling under a growing graduate’s skills gap, with employers being forced to retrain graduates.

Nevertheless, progress for the new model will be premised on avoiding pitfalls, including the under-funding of the education docket.

The CBC will require heavy financial lifting to fit current institutions with required infrastructure such as laboratories, sports and music facilities.

To succeed, the new curriculum must be precisely executed for Kenya to reap the gains contained in the CBC fully.

The private sector drives the economies in Africa. Both education and health programmes remain most important for future leaders to be employed or partner as entrepreneurs for private sector organisations.

Previous article
NSL: Kisumu All Stars seek redemption against Stima
Next article
When you give, do so in utmost good faith