Poll observers must get their act together 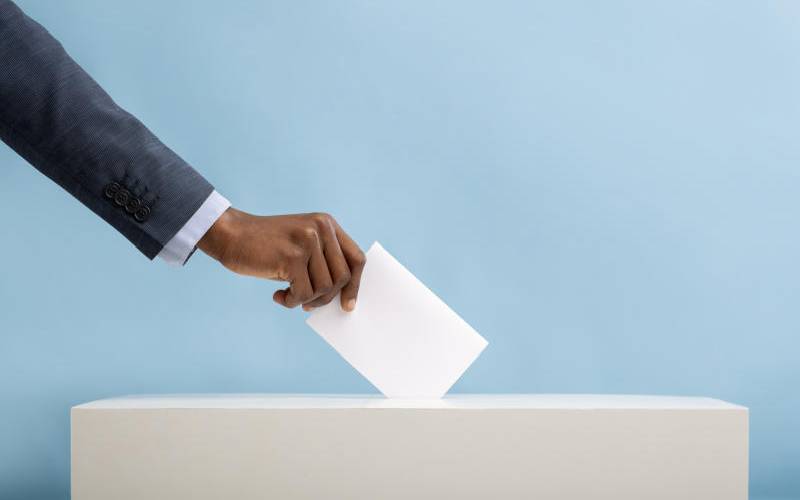 There is no doubt, whatsoever, that the intention of the International Election Mission and many like-minded local missions is to enhance transparency and accountability in electioneering processes.

Election observation missions only provide third party opinions to the credibility of the process and outcome, but do not have any mandate to ‘interfere’ in the sovereignty of a country conducting its elections.

To remain focused on elections around Africa, it is important that national and international election missions sharpen their tools to augment their own credibility, away from conferring credibility to election outcomes that seem clearly skewed.

First, observation teams should familiarise themselves with the politics of each country. The dynamics of an election campaign do influence ways in which the process pans out and the results of such a process. Incumbents running for another term have State resources in their favour.

Incumbents in their last term can influence how the process runs. Away from appearing as if they do not endorse any particular candidate, the truth is that they have their preferred candidates for whom they mobilise resources.

Second, many election observation missions get it wrong when they fly in a few days to the D-Day and drive around to predetermined places.

There is no need to write a report based on last minute impressions of an election process that starts many months before the official campaign period.

It will help if the missions capture in their reports criminality and other acts that discredit the process of ensuring the voter’s verdict counts right at the point of party primaries. If primaries are used as rubberstamps, the whole process is already compromised.

Third, more than ensuring peace during voting day, elections in Africa – if at all stolen –the malpractice happens during the electioneering process, not on the voting day. Harassing the opposition and independent candidates is the beginning of legitimising an illegitimate outcome.

Our leaders are very crafty in the way they scheme for victory – a victory that is legally acceptable but lacks legitimacy to govern.

Fourth, many African countries are now exploring e-voting possibilities. Technology has several advantages but also serious risks. The agents manning the e-voting system are probably the most important asset in the uptake of e-voting.

Since candidates are cunning enough to place their loyalists along the e-system so as to manipulate it, the election observation missions especially EU, UK and the US, being the main development partners across Africa must lobby to have uncontrolled access to the servers to ensure compliance to democratic ideals. Every vote must count.

Fifth, moving around during voting day is useful but probably is not worth it. People who plan to rig an election are too aware that there are election observation missions. Elections are stolen when critical bodies charged with the election process are compromised.

The involvement of state machinery in manipulating or even stuffing ballot boxes, the questionable loyalty of people charged with the main electoral agency, the announcement of results different from the ones certified by observation teams, the issues of voter cards to underage persons among other irregularities, actually contribute to stealing an election than driving around to check boxes on evidence of violence.

Finally, observation missions should not make fools of themselves by declaring illegitimate outcomes “OK in spite of a few incidents”. Support democracy where you have to.

You want to groom your children into business leaders? Here is how

Matatu saccos and the police should work jointly to get rid of the rotten apples in this industry.

By Patrick Khaemba | 23 hours ago

By The Standard | 23 hours ago

By Njonjo Kihuria | 1 day ago