World without US, Britain at the helm would be dangerous 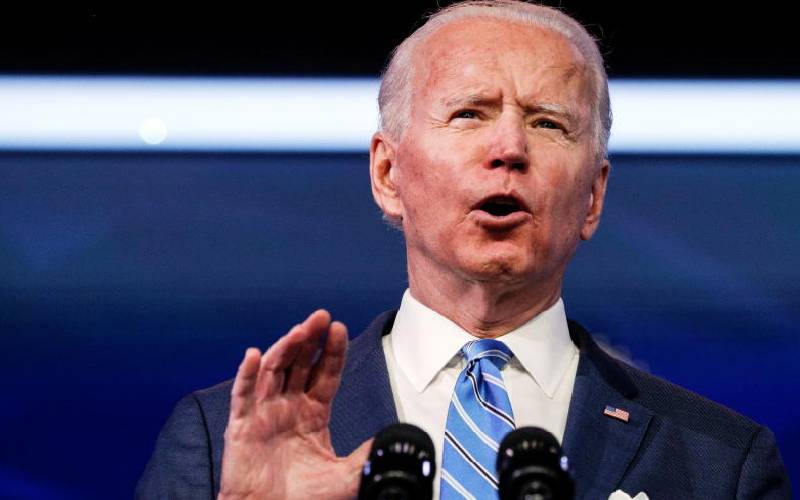 For many years America has provided great fascination for the rest of the world. In fact, until the recent disgraceful invasion of Capitol by Trump supporters, the admiration was so deep that no one was much bothered by America’s arrogant, annoying and sometimes threatening admonitions to lesser nations to observe democratic norms.

Previously, unless you were a Castro, Kim Jong Un or the Ayatollahs, it took great courage to stand up to this Global Cop who wielded the longest stick as well as the deepest pockets of any nation in the history of the world. In contrast with Russia, China and other wannabe global overlords, America admirably balanced its lethal power with a comparatively decent regard for human rights.

The scenes of the January 6, 2021 ‘conquest’ of Washington by the hooligans looked like footage from occupied Baghdad, and served as a grim reminder of not only the fragility of the democratic systems we consider impregnable but also of the imminence of a precipitous social decline of the US.

President Joe Biden (pictured) will have the uphill task of reversing America’s diminishing stature in the world. The moral debris left by the Trump presidency is almost of apocalyptic proportions.

Several factors, among them the ascension of Trump, the Black Lives Matter demonstrations and the deep racial inequality they laid bare, the emergence of the coronavirus pandemic, and the bitterly disputed 2020 presidential election, combined to mar America’s longstanding halo. There is genuine fear in some quarters that the halcyon days are over, and America, as we have known it, may not last much longer. Some of the opinions in international media predicting America’s future are already sounding like the tributes read in the funeral of an important man.

It does not help matters that America’s main ally, Britain, arguably the second most powerful Western nation, seems to have made a monumental mistake in parting with Europe. Many media outlets have reported that despite the public display of a stiff upper lip, British industry is actually in chaos and Brexiters are starting to recognise the grim prospects of the lonely path they have chosen.

If Biden and Kamala Harris are not able to heal the bitter social fissures so glaringly apparent in America after the acrimonious elections, an eventual implosion is no longer out of question. A new world order without the current leading democracies at the helm is suddenly not too preposterous.

It is a fact that nature abhors a vacuum, and politically more so. Inevitable geopolitical realities will seek to replace one dead ‘global cop' with another. Putin's Russia, alongside China, a ravenous dragon not known for upholding democratic ideals, and members of George Bush's ‘Axis of Evil’ are waiting at the wings to take over the world, and possibly carry out the most damn fantasies, which American containment long denied them.

Even now, going by available economic data, China might soon overtake the USA in world commerce. This is not necessarily good news. China’s aggressive economic engagement with developing nations has been an unhappy union characterised by lopsided and oppressive lending rules, cavalier racism by its citizens abroad and a dangerous lack of any caveats requiring accountability from the rulers of the loanee nations. Locally, the direct consequence of this has been a sharp spike in high-level sleaze. The currency of corruption in Kenya used to be ’millions’; now it is in billions. A bad taskmaster, China’s unchecked ascendancy, will leave everybody craving for the good old days of the Stars and Stripes.

A most dangerous consequence of the decline of America’s global hegemony might be the increase of the odds of a new war. A traditional protector of Israel, America’s fearsome military arsenal has, through threats, rewards and punishments somehow kept the volatile Middle Eastern neighbourhood in check. In the event of a sudden lacuna–God forbid–a perfect opportunity will arise for the perennial losers in the many Israeli-Arab wars to gang up again for revenge. Given the large number of countries now possessing tactical nuclear weapons, a small conflict could easily snowball into a major conflagration. Some nations, such as erratic North Korea, have near-zero ethical compunction to deploy nukes only as the absolute last resort.

The ‘cycle theory’ times the world’s largest wars with a 100-year cycle of the rise and fall of world orders. If this theory holds true, then there could be another major global conflict between 2000 and 2050, a century since the two last world wars. All factors considered, therefore, the stability of the US needs to hold on a little longer in order to safeguard the balance of power in the world.

Simeon Nyachae, the brain behind the first Jamhuri Day celebrations

By Silas Kinoti | 9 hours ago

By Suleiman Shahbal | 9 hours ago