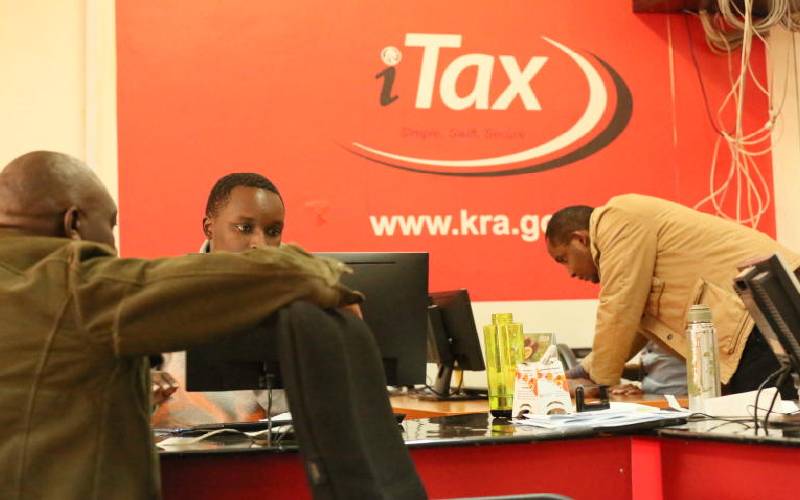 Kenyans will troop to the elections next year. Political temperatures will therefore undoubtedly rise. If the past is any guide, airwaves will be consumed by politics. This can easily take the focus away from the most important issue at the moment – economic recovery. At the heart of this economic recovery are tax rates. While tax injects money into government coffers, it extracts that money from the pockets of businesses and individuals. That’s why every single nation across the world struggles with striking the right tax balance.

These tax waivers left more money in the pockets of Kenyans who in turn injected that money into the economy and in so doing helped more Kenyans. Unfortunately, these tax waivers expired on December 31 and so Kenyans will now pay more tax. No one can argue with the fact that the government is in dire need of tax revenue. However, we should not be too quick to go back to the old way of taxing Kenyans.

As Winston Churchill memorably said, "We contend that for a nation to try to tax itself into prosperity is like a man standing in a bucket and trying to lift himself up by the handle".

This is a piece of advice that the government should look at critically. For starters, only a small percentage of Kenyans earn a monthly salary, which means that only this small percentage pays income tax. As such, overburdening these minority of Kenyans may ultimately be self-defeating. We are better off with more people paying taxes at a lower rate than fewer people paying through their noses. But we shouldn’t do it the Ugandan way.

Two years ago, Uganda sought to expand its tax revenue by introducing ‘over-the-top tax, commonly known as the social media tax. The tax targeted users of online services such as WhatsApp, Facebook and Twitter. However, many Ugandans perceived it as an attack on free speech and found ways of evading it. Reportedly, since this tax came into force in July 2019, they have only managed to raise 17 per cent of projected revenue.

New or additional taxes should not just be slapped on people. They should stem from a shared vision that the people buy into. Currently, there is a widespread feeling that our taxes don’t do much to bolster our national development. This sentiment is backed by revelations that 30 per cent of our national budget is lost to corruption. This causes Kenyans to justifiably feel that paying taxes is akin to collecting water from a stream using a chronically leaking pot.

Even as we deal with the corruption that ends up haemorrhaging our tax revenue, we also need to look at more prosperous countries that tax less, yet prosper more. Sweden is a case in point.

Thanks to Covid-19, Sweden’s 2020 GDP fell by 4.6 per cent. During this period, unemployment rose to 9 per cent. In order to revamp the economy and bolster employment, Sweden's 2021 budget contains income tax cuts targeting low and middle-income earners. As a result, 7.2 million Swedes will have more money in their pockets. Unlike Kenya, Sweden plans to make some of these income tax cuts permanent. In addition, Sweden earns substantial tax revenue from carbon tax, a direction that Kenya is yet to follow.

When Sweden implemented its carbon tax in 1991, it became the second nation to do so behind Finland. This tax rate of Sh14,000 per metric tonne of carbon is mostly levied on fossil fuels that are used for heating purposes and motor fuels. Interestingly, this carbon tax has resulted in fewer carbon emissions and higher economic growth. This indicates the efficacy of carbon taxation. In addition, Sweden also has an energiskatt, or energy tax, which refers to levies on energy products like petrol and diesel.

Kenya needs to seriously explore the tax revenue opportunities that carbon tax and energy tax will unlock. In the same vein, the government should be a lot more innovative and collaborative in its tax regime. This will ensure that ordinary Kenyans will enable and not hinder tax revenue. These are my green suggestions. Think green, act green.

By Fredrick Njehu and Angelo Louw