What Mandago ‘truths’ say about our politics 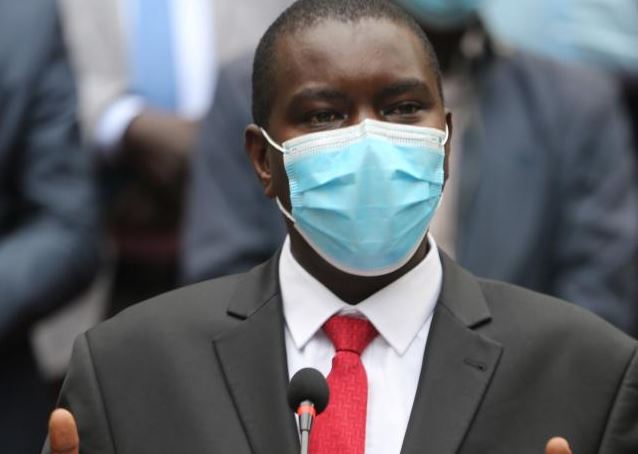 Uasin Gishu Governor Jackson Mandago (pictured) is a man not used to dissembling his feelings and emotions, or so it seems. He shares his unsolicited wisdom with gatherings across the country that delight in his musings.

“Don’t take politics to heart,” he once quipped matter-of-factly. “Put it in your lungs”. Mandago’s “truisms” are in a way an indictment of the proletariat and the pervasive culture of Not-In-My-Backyard (Nimbyism). Even though he confirms the bitter truth that invariably our politics is more about the interests of the ruling elite, Mandago’s confessions do little to persuade those who find it insensitive that an unwitting beneficiary of a process and a system he decries is sneering at the masses’ gullibility.

How uncharitable for him to turn around to paint the people as willing accomplices in their abject misery? About BBI, he doesn’t mince words: “Seventy per cent is about us the leaders… ask yourself, what is in it for you and why should you fight for us?” And the penny drops: “If the BBI removes the term limit for governors, I will surely vote for it.”

So, although he labours to rub it in our faces that the political class’ diagnosis of what ails the country and the prescription for what needs to be done to fix it is bad and at best catastrophic —because a huge chunk of the people are bystanders — he never tries to wander off from the pack of shepherds devouring the sheep.

Yet, Mandago’s enlightenment ought to rouse us to think anew about our political culture and the political process. The common management wisdom for process managers is garbage-in-garbage-out. Mandago is scorning the masses to care about the process and the result. Had the process been tighter, freer and predictable, would we have him as governor of Uasin Gishu?

We have to conjure up a political system that is responsive to the needs of the people. Rarely do our parties – the engine of our democracy – invite a wider membership beyond the tribe of the “sponsor/owner” of the party because few of them draw up plans and strategies about how to govern. Rather, they are obsessed with sharing the spoils of power after an election. And for that, loyal opposition and tolerance of divergent opinion is grossly lacking.

Nowhere do they advance consensus and compromise. Those who root and pursue it are anathema. The difference between a good, thriving, inclusive economy and a basket case where the citizens put in so much and extract little; the difference between good and bad public health system, public education, jobs, community, environment, public transport and water is the political system in place.

To restore our politics, we should first rid the country of the culture of personality cults where absolutism leads to predatory politics and waters the seeds of the winner-takes-it-all mentality.

BBI offers us a real chance for real change; not just its contents, but also its aftermath — if done correctly. Put another way, BBI could rouse the silent majority who have hitherto been apathetic to politics to speak and let their voices be heard. That will make a huge difference.

Havel, a writer and former dissident, hammers the point home, referencing JFK’s famous quote “Ask not what your country can do for you...”

“We cannot blame previous rulers for everything… not only because it would be untrue, but also because it could blunt the duty that each of us faces today, namely, the obligation to act independently, freely, reasonably and quickly… freedom and democracy include participation and therefore responsibility from us all”.  It falls on all of us to rise up and build Kenya’s pride.

-Mr Kemboi is an Associate Editor, The Standard

Donate blood today to save our mothers