Our film industry has boundless potential 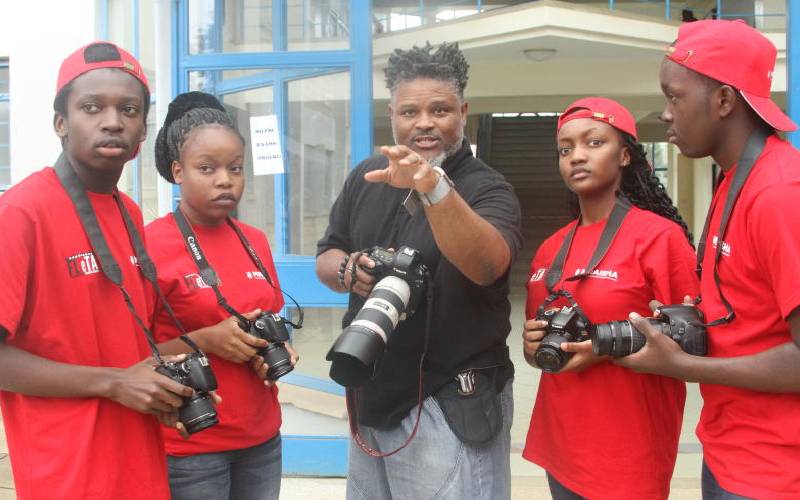 Kenyans, especially the youth, now have renewed hope to explore and exploit a myriad of economic opportunities in the creative industry through film production. It is now possible through the use of simple gadgets such as smartphones for one to shoot and produce a short film.

This has been made possible by new bold policies being implemented by the Kenya Film Commission (KFC) that have laid a strong foundation for a vibrant and robust film sector. The policies are not only empowering more youth but also creating access and opening doors to opportunities beyond Kenyan borders in the development and production of film content.

This is aimed at positioning the film industry as a key driver and contributor towards the attainment of the Big Four Agenda, Vision 2030 and UN’s Sustainable Development Goals.

The recent successful engagement of filmmakers from all the 47 counties to develop content that communicated the social-economic impact of the Covid-19 in the country under KFC’s annual “My Kenya, My story” mobile phone film competition clearly demonstrated the huge and untapped film-making potential in Kenya.

The results of the competition, which sought to inspire and stir creativity among our filmmakers and widen the scope of film production through smartphones, demonstrated that vibrant film industry has far-reaching and significant impacts on all the others sectors of the economy, including travel, tourism and education.

For tourism, the benefits are immediate and direct as a robust film sector attracts visitors and travellers from all over the world. This is because films and documentary shows have the emotional power to draw tourists to specific locations besides growing the general profile of the country.

This, therefore, explains why Kenya should as a matter of urgency prioritise the growth of the film sector through a multi-sectoral approach involving national, county governments and the private sector in a public-private partnership model.

Of late, we have seen unprecedented growth in film and television productions whose scale and nature present a major opportunity for Kenya and the region.

The growth of social media spaces has broadened opportunities for film production to thrive. Thanks to technology, the industry is fast getting more global in terms of where projects can be made, with producers setting projects in jurisdictions which offer the most attractive fiscal incentives and film-making environments. In addition, there is a new trend where large production entities are seeking to customise content for local or specific audiences.

With the support of governments, many independent filmmakers globally are increasing content output for domestic and export consumption, which explains why there is an urgent need to view the film sector, not as a cultural undertaking, but as a formidable industry with the potential to deliver substantially to economic growth.

Indeed, in a number of nations, it is considered a sector of strategic importance to growth and wealth-creation.

Productions generate significant amounts of expenditure in production locations, which is distributed across on-the location crew, local production companies, service and rental companies, and a range of other suppliers such as caterers, restaurants, hotels, telecommunication, insurance and transport providers.

Productions in a jurisdiction, can have a significant effect on job creation, generating freelance employment as well as full-time positions. Jobs in this field are also of strategic value to governments because they are highly skilled. The sector is also a potent driver of activity in other creative industries such as advertising, marketing and public relations, publishing, music, performing arts and digital among others.

Although the government has continued to support the sector, there is need to stimulate growth and more interest through deliberate and strategic investment measures due to its high multiplier effect evidenced by massive employment opportunities it generates, increased foreign exchange earnings as well as the positive impact created through national brand building.

Previous article
Anxiety as Omani kin plot to sell their houses
Next article
No answers to murder of priest, 20 years on

Failure to observe guidelines is fuelling spread of coronavirus

Failure to observe guidelines is fuelling spread of coronavirus