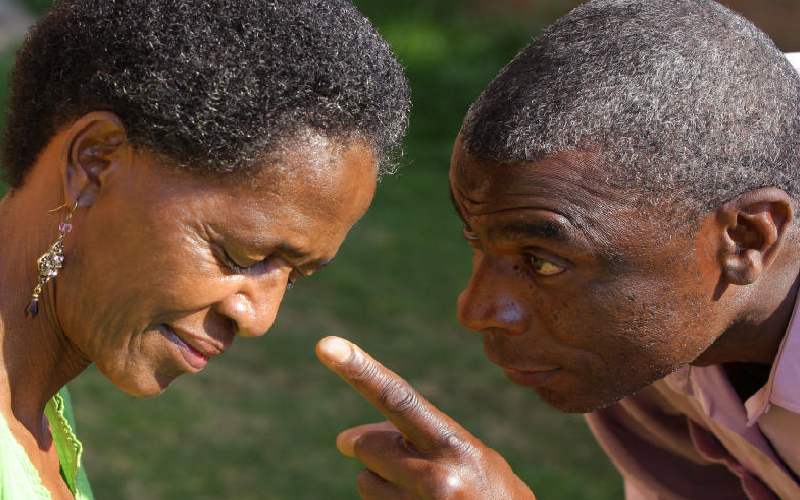 Men who beat women are the lowest of the low. Especially the ones who are literally punching below their body weight. It’s hard to see what joy there is in beating someone who can’t defend herself. It can only be pure heartlessness or malice that could motivate a man to hit a woman just because he can.

I mean, you’d have to be severely weak of mind to use your fists instead of your wits to fight your battles. The minute you resort to brute strength over mental fortitude, you know you have lost the war.

Generally speaking, men are physically stronger than women. Put an average man in a ring with an average woman, and he will probably throw the knockout punch. It won’t be a fair fight because one person will have come to the bout with the odds in his favour.

So, realistically, and for the most part, when a man hits a woman, it’s nothing more than a sucker punch. Unjustified, unexpected, and unwarranted. Men can’t even plead provocation when they strike women because they always have the option of walking away or engaging on a cerebral or emotional level. If a man has to raise his hands, instead of elevating his mind, there is a problem. He has lowered himself from human to beast.

I’m not talking about those situations where multiple factors conspire to create an event that is not governed by the laws of natural justice, cases where there is no fair play. Because let’s face it; there are things that women do to men (and vice versa) that push them beyond their capacity to respond rationally.

In these instances, the instinctual response is often to strike fast and think later. That’s the easy way out, unfortunately. It’s the exit strategy that allows men to blame the victim for their crimes. To absolve themselves of accountability for their actions, because, ‘she made me do it’.

That ‘she made me do it’ excuse is the lamest of them all. It only proves that men are only men until a woman pokes holes in their masculinity by pushing them to a point where they abandon brain for brawn.

And that’s just the civilians. The men in uniform are a whole different forest of monkeys. Not only do they have the privilege of ‘manhood’ but they also have the authority of the state. Unfortunately, they also have all the baggage that comes with being an officer in a colonial structure that masquerades as independent nationhood.

The baggage that comes with being an officer whose only agency as a state operative is in his uniform, gun, whip, and rungu and the fear those things instil in the civilian population. The baggage that comes from poor pay, inadequate housing, and miserable working conditions, while still being expected to be of service to all.

Many of these officers have nowhere to unpack their grievances because their employer is deaf to their concerns. They are mere tools in the box of tricks that many African governments deploy to subdue and control populations.

And yet, this is still no excuse for grown men in the police service to beat unarmed women, like they did last week at City Hall. No excuse, whatsoever, no matter which way you want to look at it. The Sixth Schedule of the National Police Service Act is straightforward when it comes to the use of force.

It must be proportional to the objective to be achieved, the seriousness of the offence, and the resistance of the person against whom it is used, and only to the extent necessary.

At the very least, the force those cops used on Mlango Kubwa Member of County Assembly (MCA) Patriciah Mutheu was unnecessary. And there is no doubt that it was disproportionate, given that Ms Mutheu had not committed any discernible offence other than going to work and remaining on the premises within office hours.

So, on the face of things, the group of policemen who clobbered the MCA gravely contradicted the letter and spirit of the Act, and action must be taken to reprimand them with the same vigour with which they brutalised and wounded Mutheu.

On a macro level, that a group of armed men could attack a single, unarmed woman is a sure a sign that our peer-to-peer social contract is breaking down.

Respect for human dignity is one of the cornerstones of a healthy society. And one of the main ways to show that respect is to ensure that vulnerable populations – in this case women – are protected at all costs.

The writer is Peace and Security Editor, The Conversation

Violence on children likely to affect them when schools reopen

Mudavadi could be a safe pair of hands