Why Amina fits the bill to take charge of WTO 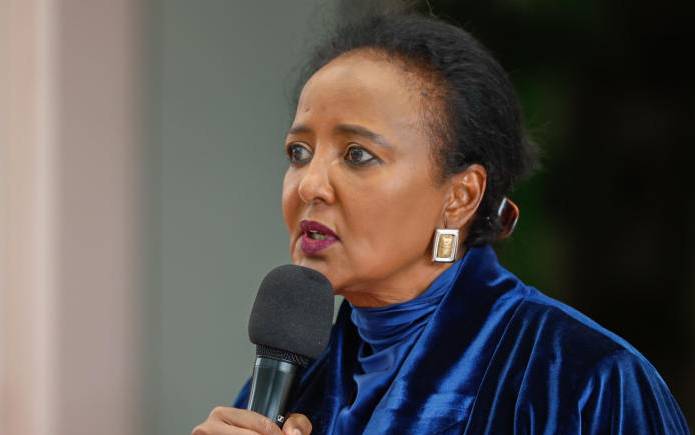 If selected, Cabinet Secretary Amina Mohamed (pictured above) will make history as the first African to head one of the three major international economic organisations comprising of the International Monetary Fund, World Bank and the World Trade Organisation (WTO).

She will also be among the few Africans to hold such a high position in any international organisation.

Trade has an impact on everyone. According to the WTO, trade in goods and services in 2018 amounted to $25 trillion. It is the driver of the global economy. Growth, jobs, prosperity depend on it for emerging and advanced economies.

That is why such a high priority is being placed by member countries on getting the WTO back on track and selecting the most suitable candidate to serve as its next director general. The rules-based trading system is of fundamental importance to all countries. Weakening it would be a historic mistake which would affect jobs, growth and stability around the world.

Amb Mohamed is one of eight candidates seeking to take charge of the WTO. She has also emerged, with little surprise, as the most suitable to take the reins from Roberto Azevedo. The Oxford fellow stands out for a number of reasons.

She is the only candidate to have chaired all the major decision-making bodies of the WTO; the 10th Ministerial Conference, the General Council, the Dispute Settlement Body and the Trade Policy Review Body.

Many in the global multilateral trading system hold the view that the 10th WTO Ministerial Conference chaired by Mohamed in Nairobi was the first to have generated tangible consensus on a broad range of issues, including a commitment to abolish export subsidies for farm exports, an outcome hailed by many trade experts at the time as the most significant in agriculture in the organisation’s 20-year history.

The success of the meeting injected a dose of optimism in international trade governance and beckoned a reassurance that the negotiation and consensus-building platform of the WTO can deliver significant results.

It is no wonder that in 2017 at the 11th Ministerial Conference in Buenos Aires, Argentina, Mohamed was hand-picked to lead negotiations on agriculture, shining a ray of hope for developing countries whose economies rely heavily on agriculture. Nairobi is, however, not the only place that Mohamed had rallied convergence of interests for the greater good.

In 2001, she negotiated and delivered a concession allowing least developed and developing countries an opportunity to import generic medicines to address, among others the HIV and Aids pandemic within the Trade Related Aspects of Intellectual Property (TRIPS) Agreement. This agreement allowed millions of people in critical need of treatment to access affordable anti-retroviral medication.

The TRIPS compromise has been hailed as the most humane achievement in the field of healthcare. Its model will likely be replicated to address the dilemma of Covid-19 vaccine access, especially for least developed and developing countries.

She initiated 88 agreements by Kenya to strengthen flexibilities for developing countries within the WTO agreement during her tenure as ambassador to the WTO. The Kenyan delegation, under her stewardship, championed agreements to strengthen special and differential treatment enabling developing countries to relax implementation timelines, adopt lesser commitments and access technical assistance and capacity building to facilitate trade and economic growth.

Mohamed has built solid international networks characterised by trust, respect, dependability and delivery. She has been hailed as a master consensus-builder and a doer who is unafraid of tough negotiations. A steel fist in a velvet glove as described by other diplomats. She has delivered effective outcomes under the toughest international negotiating environments.

A seasoned honest broker by any standards whose charm, composure and simplicity sets her apart as one of the most accomplished diplomats of our time.

Her superior intellectual capacity, elegance and ability to connect with people across all specters of society is a rare super-power of a leader who has brokered political agreements in conflict-afflicted areas while managing to preserve human relationships.

She has the unquestionable understanding and mastery of the WTO system and is best suited to guide the critical reforms required to keep the international trade body re-invigorated.

Mohamed has the proven acumen and commitment to deliver this assignment. She is the systems’ tip of the spear carrying impeccable institutional comprehension and unparalleled political and diplomatic experience to chart a new path for member countries to deliver reform, recovery and revival of the WTO.

Mohamed oversaw the reform and transformation of Unep into a universal environment body, an outcome that had eluded the UN for many years.

A clear confirmation of her ability to spearhead any sensitive reform agenda. She has a track record of high-standard delivery in her expansive career spanning more than 35 years.

While I am not a decision-maker in this matter, I believe the time is now for an African of Mohamed’s calibre and experience to accede to the helm of the WTO as its director general.

This outcome will not only be a first for women or Africans, it will also be a win for the global women’s movement. The clock is ticking.

All eyes remain firmly on Mohamed, who once more has put Kenya and Africa on the global map of professional exceptionality.

-The writer is a historian and commentator on socio-political and economic issues.

TSC should climb down and end row with union